The Philosophy of Andy Warhol (From A to B and Back Again)
(Andy Warhol, 1977)
Read More and Buy↠
Home » Greenwich, CT – Andy Warhol at the Brant Foundation Art Study Center, Through September, 2013 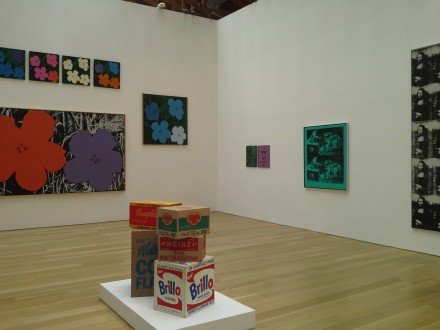 On May 12th, The Brant Foundation in Greenwich, Connecticut opened its first show of the year with a selection of works by Andy Warhol. Paper mogul and avid collector Peter Brant has been personally buying Warhol’s work since 1968, and has amassed a reported 200 paintings, prints, polaroid portraits and magazine covers, from which he has pulled for this impressive show. Mr. Brant co-curated the exhibition with Heiner Bastian, the latter of whom worked on the traveling Warhol retrospective of 2001-2002, which traveled from Neue Nationalgalerie in Berlin, London’s Tate Modern, and MOCA LA in Los Angeles. 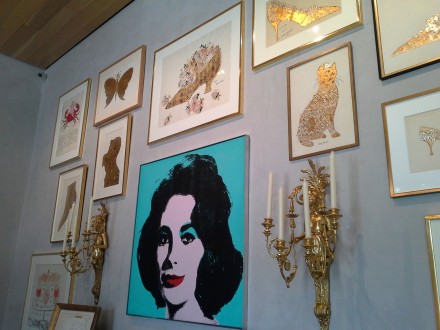 Brant, who also owns Interview Magazine, has donated a number of Warhol works to the Metropolitan Museum of Art, including the 176.5 x 136.5 inch Mao (1972), which currently rests in the permanent collection of the museum. For the current installation, the Brant Foundation also borrowed framed magazine covers from Interview, initially founded by Warhol himself. 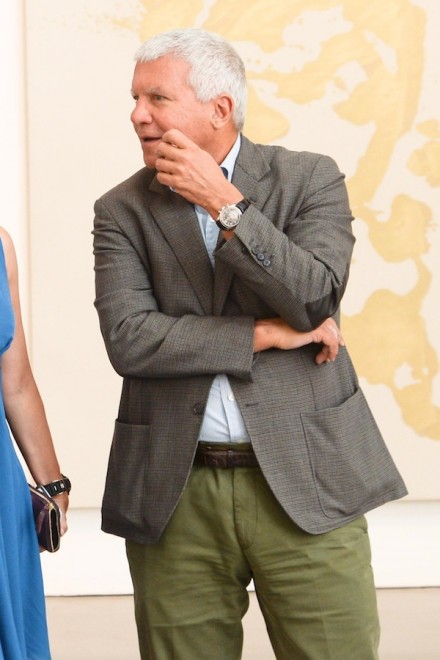 The entrance to the Warhol curation included works from previous exhibitions at the foundation.  Warhol’s untitled early works in gold leaf and foil frame a familiar Elizabeth Taylor portrait, with furniture selected by Robert Hughes, referred to as Warhol’s longtime business partner. A rarely seen artwork designed for a Tiffany’s window, Pin the tail on the Donkey (1954-55) rests above a Hughes daybed. 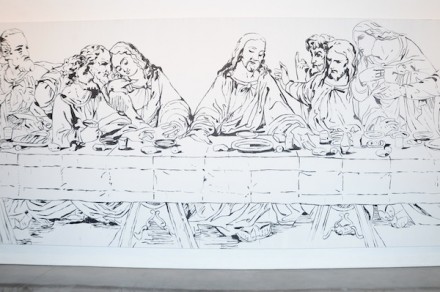 Apart from the residential, deliberately personalized feel of the entryway, the display was organized chronologically from the early fifties to the artist’s death in 1987. The recurring motifs of Marilyn Monroe, flowers, brillo boxes, and polaroids were all effectively curated, with unusual variations. For example, one of the 1964 ‘bullet hole Marilyns’, or Shot Light Blue Marilyn (1964), recalls an incident at Warhol’s Factory art studio when performance artist Dorothy Parker came in and fired a revolver at four finished images of Marilyn Monroe. The screened finished result appears almost serene despite its ominous undertones, with a light blue dot at the center of the actress’s forehead.  Liquorice Marilyn (1962) is hung parallel in the room. 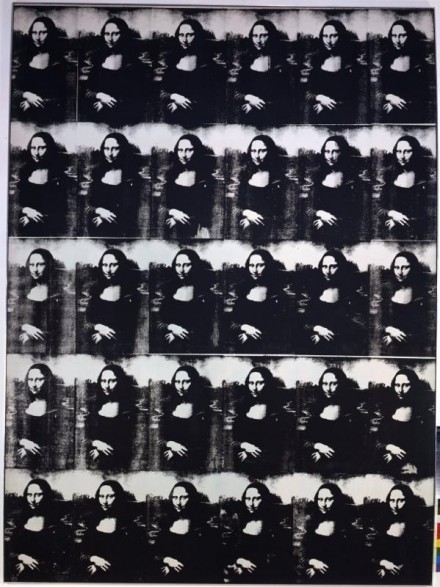 Andy Warhol, Thirty Are Better Than One (1963), via The Brant Foundation

That Brant was an early Warhol collector adds a distinctly personal touch to the exhibition.  A myriad of polaroids in white frames cluster along the stairwell, some of which feature Peter himself alongside a number of well-known faces: Dennis Hopper, Vogue editor Diana Vreeland, singer Diana Ross and ice skater Dorothy Hamill, among others.  Warhol, who passed away in 1987 during recovery from a routine gallbladder operation, died just after the opening of his The Last Supper paintings in Milan. The artist’s final work of the same name, a 196 x 396 inch canvas depicting a bold, cartoonish Jesus, is on view in the final large room, surrounded by complementary detail prints, and sketches, including faces of Jesus done in fluorescent pigment, glowing purple and green under projecting lights. 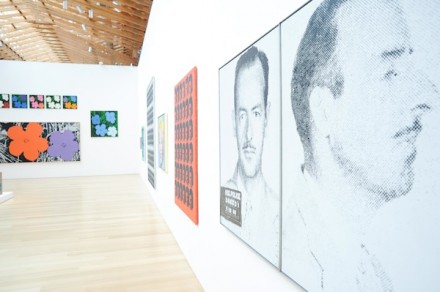 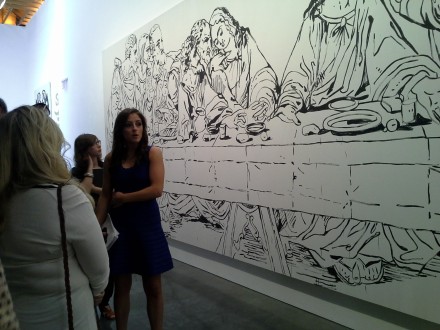 The Brant Foundation Art Study Center is located at 941 North Street, Greenwich, CT, on Brant’s private residential property.  Its biannual art shows a year are viewable by appointment only. 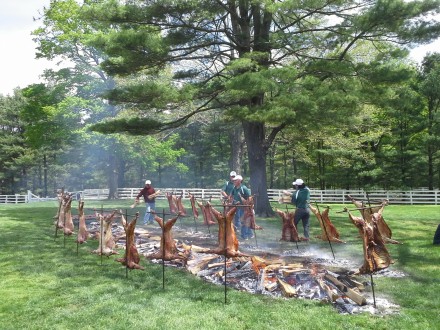 Roasting lamb at the Brant Foundation

This entry was posted on Wednesday, May 15th, 2013 at 10:27 pm and is filed under Art News. You can follow any responses to this entry through the RSS 2.0 feed. You can leave a response, or trackback from your own site.