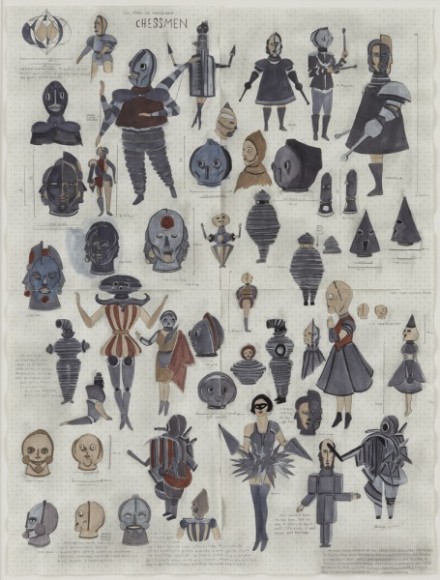 Currently on view at David Zwirner gallery in London is a solo exhibition of new work by Marcel Dzama, spanning a diverse range of media that centers on the aesthetic and thematic elements of Chess. The exhibition, entitled Puppets, Pawns, and Prophets opened on April 5th and will continue through May 11th, 2013. 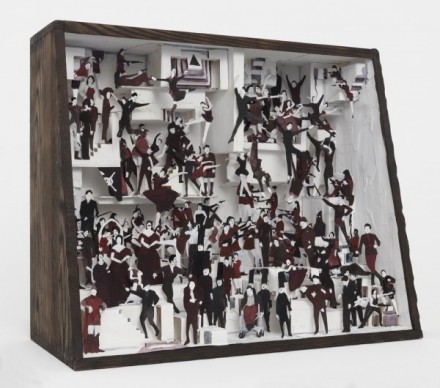 Including puppets and masks, drawings, collages, dioramas, sculptural works, and videos, Zwama dives deep into the thematic elements of chess, both as a competitive boardgame and a common metaphor for strategy, disguise, and power struggles. Through his work, Dzama explores the constant tension between reality and fiction in surprising contexts, from a large-scale piano scroll featuring the characters from his films, or a series of small painting of a female terrorist seated on a bed. 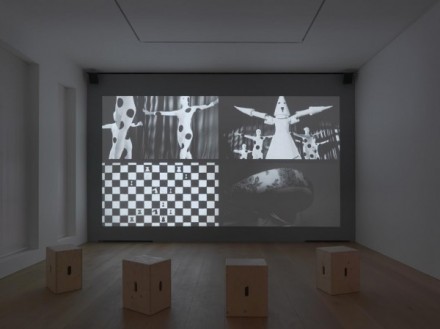 Facing the gallery’s street window are several monitors playing a four minute video loop entitled Death Disco Dance, filmed in Guadalajara, Mexico, and featuring a disco soundtrack he created with a small drum machine to accompany ballet dance improvisations done by his chess-inspired characters. Another filmic work, titled Sister Squares, emphasizes the theoretical strategies of chess, specifically the ideas of pawn and king endgames, and the interplays between power implied between these two pieces.  Equally weak and absolute, the king is locked in a battle against the lowly pawn, constantly working around the foot soldiers to maintain his power and avoid defeat.  Dzama’s 3rd video, The Infidels, portrays characters in uniform confronting each other in violent battle, once again paralleling the images of chess and warfare. 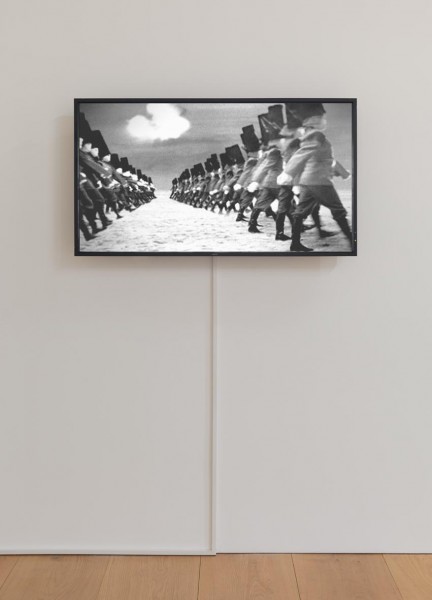 Included alongside these works are a series of shiny, colorful mask sculptures, made of ceramic and recycled tin cans.  Representing the main protagonists in the films, the works remind the viewer of native Mexican crafts, while tying into Dzama’s broader acumen. Also included are a series of character drawings, namely Myth, Manifestos, and Monsters, a large-scale piece in four parts depicting a variety of characters lined up as if posing for a portrait. The characters illustrated refer back to previous stages of Dzama’s past work. 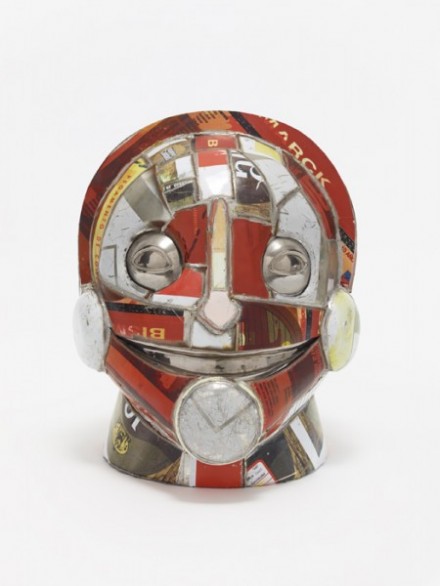 While Marcel Dzama is well-known for his character-based drawings, this exhibition marks his recent trend towards exploring three-dimensional works and film, new territories that allow his characters and environments to enter into intriguing new dialogues.  The exhibition will be accompanied by a catalogue published by the artist and Hatje Cantz, with an essay by art critic Deborah Solomon. Puppets, Prawns, and Prophets will remain on view through May 11th, 2013. 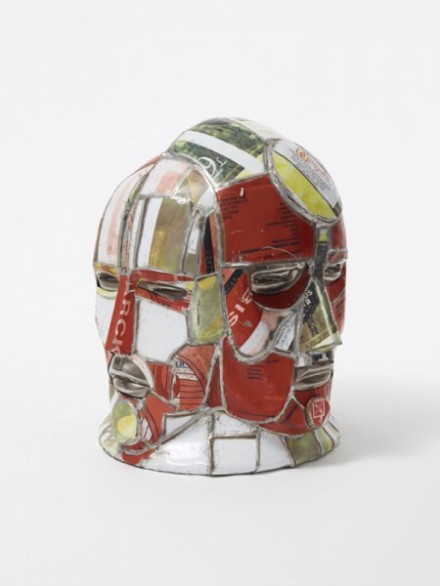 This entry was posted on Saturday, May 11th, 2013 at 1:06 pm and is filed under Art News. You can follow any responses to this entry through the RSS 2.0 feed. You can leave a response, or trackback from your own site.