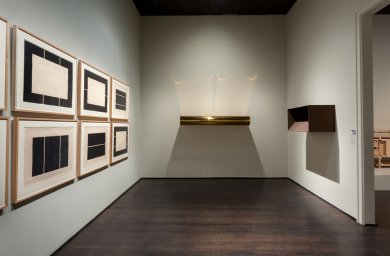 On view alongside LACMA’s permanent modern and contemporary collection is a peripheral gallery highlighting a selection of works by artist Donald Judd. Focusing on several of various mediums, the brief show revisits Judd’s focus on simplified geometric forms and the space created around his simple objects. 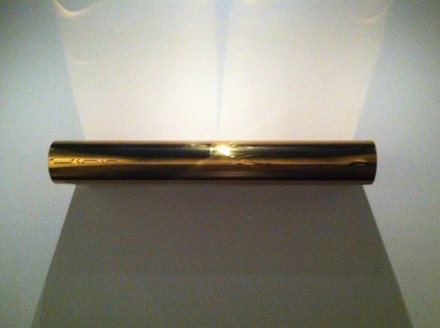 Upon entering the space, the viewer is greeted by two jutting wall pieces, fabricated with industrial materials.  A highly polished brass form reflects light off of its polished surface onto one wall, while nearby, a copper box is bisected diagonally by an interior plane.  Both forms exemplify the harmony of material, form, and space that established Judd as one of the leading figures in Minimalism in the 1960’s. 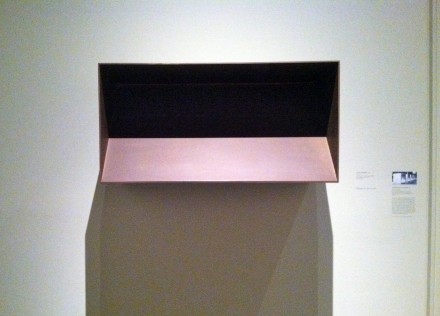 The centerpiece of the exhibition is a suite of 10 woodcut prints made in 1988. In the mid 1950’s to 1960, as Judd moved away from expressionist paintings to the stark geometric forms that he would devote the remainder of his practice to.  Creating rounded organic shapes printed onto paper, this stylistic shift led to a series of works exploring straight lines and angles, dividing space rather than imposing form onto it. Years later, Judd would return the woodcut, reconfiguring fundamental qualities of his three dimensional practice seamlessly onto paper. 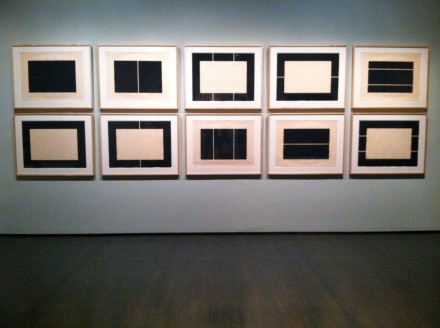 The prints present five systems of symmetrically divided space. Each system is mirrored by its inverse, creating sterile, complementary divisions of space, and highlighting the series of relationships between the canvas, frame, wall, and printed ink itself.  Entering into a diverse multiplicity of systems and meanings based on their corresponding positions and shapes, the works seem capable of locking into any range of configurations. 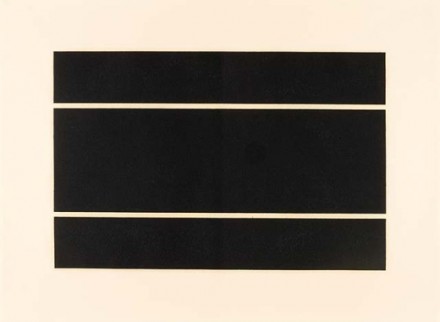 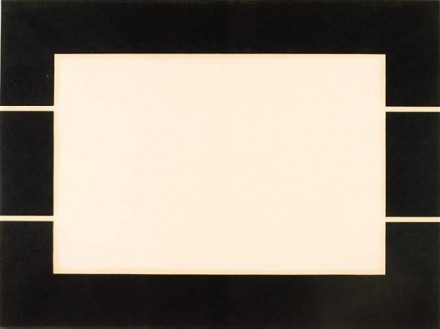 The spatial concepts brought forth by the prints reappear in three dimensional form with the Prototype Desk, one of the few objects that Judd made himself.  This is a seminal work as it embodies Judd’s philosophy about the relationship between art and architecture, which he believed should be entirely integrated. He was devoted to this idea from the 1970’s until his death in 1994, buying buildings and airplane hangers in Marfa, Texas and turning them into spaces where his work and the work of his colleagues were seamlessly united with architecture and landscape.  In Prototype Desk, each line enters into an essential relationship with all intersecting lines, creating useful space for storage and work on all planes.  Offering a rarely seen insight into Judd’s philosophy, the desk stands as a perfect summary of his creative philosophy. 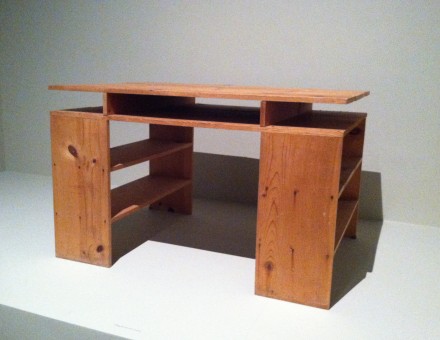 On permanent display in LACMA’s sculpture garden, Judd’s monumental sculpture of five successive blocks of poured concrete, Untitled (for Leo Castelli), allows the viewer to experience the work in relation to space differently, released from the confines of the set of spacial relationships come with an interior setting.  Creating an interesting dialogue between exhibition and collection, the two spaces enter into an essential dialogue with each other, underlining Judd’s work in both large-scale mediums and smaller works, and the unifying principles between the two. 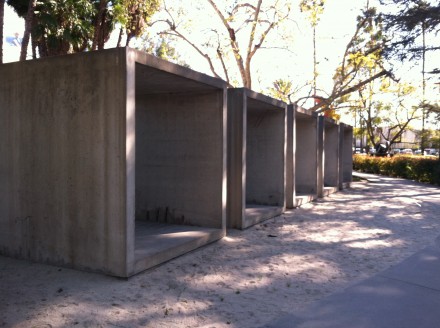 Donald Judd’s exhibition at LACMA is on view until August 4th.

All photos by Alexis Wilkinson for Art Observed unless otherwise noted

This entry was posted on Sunday, May 19th, 2013 at 11:15 pm and is filed under Art News. You can follow any responses to this entry through the RSS 2.0 feed. You can leave a response, or trackback from your own site.