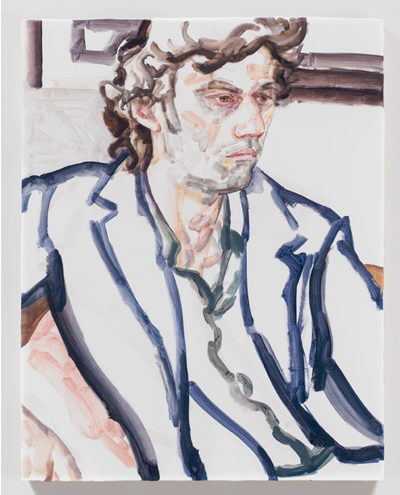 Gavin Brown’s west-side gallery is currently playing home to a new set of works by artist Elizabeth Peyton, continuing the artist’s ongoing series of portraiture through a series of works taken from the New York Metropolitan Opera, as well as Peyton’s well-documented self-portraits and depictions of celebrities. 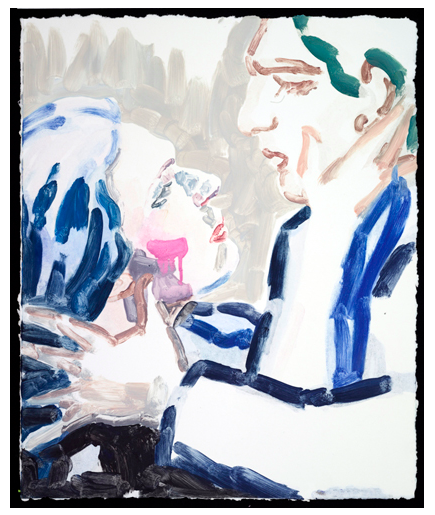 Born in Danbury, CT in the mid 1960’s, Peyton’s work first came to the broader art world’s attention in the 1990’s, examining the role and impact of the mass-produced photograph on cultural icons.  Creating celebrity portraits from photographs and publications, Peyton turned her eye to the phenomenon of the celebrity image, examining its symbolic implications and interpretations alongside more personal portraiture of family and friends. 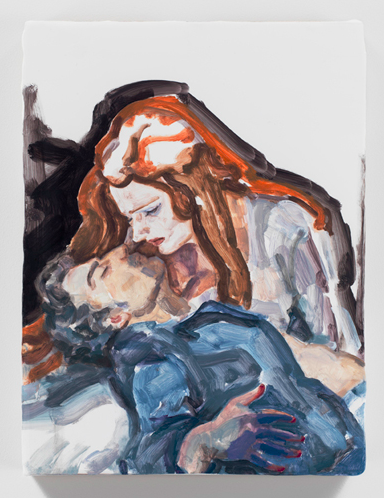 This approach is continued at Gavin Brown’s, exhibiting a broad selection of works from the artist’s last several years of work, including a number of portraits of the production rehearsals and performers in the Met Opera’s production of Parsifal (including a brooding depiction of lead Jonas Kaufmann) that walk the line between documentary and artistic interpretation.  The quick, decisive strokes that Peyton so frequently uses positions the work as a sort of reportage, capturing the moment as it happens.  But the work that had most attendees buzzing was the artist’s depiction of President and Michelle Obama.  Executed in oil on canvas, the pensive, weighty texture of the work adds to its loaded subject matter, nearly conjuring the flashbulbs and screaming crowds that could have been part of the event itself. 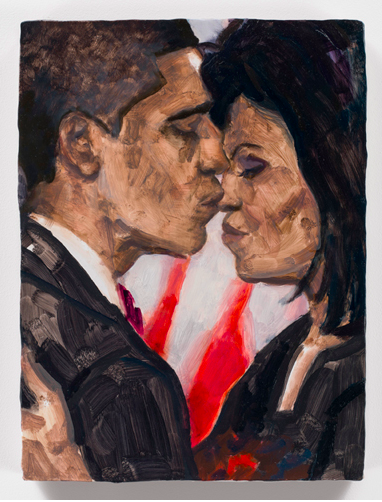 Observing Peyton’s work, one gets the immediate impression of a life lived through art; the artist capturing her friends and collaborators, her own experiences, and the media environment which captivates so much of the American attention span. However, Peyton often seems to reinvest her pictures with a personal response, calling into question the inherent value of the image.  The viewer is asked to consider if they are the one’s interpreting these loaded cultural symbols, if Peyton already done this work for them, of if this aura of the image exists outside both parties, located somewhere in the star power and currency afforded to her subjects before Peyton even takes up the brush. 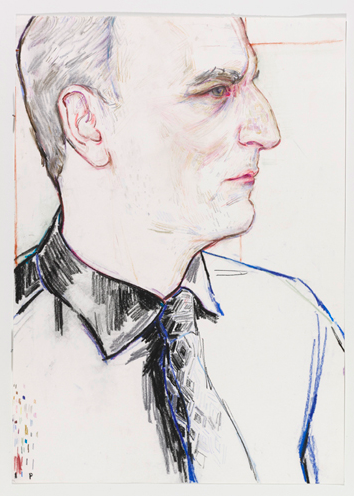 Challenging the viewer to work beyond simple “us” versus “them” conceptions of the celebrity or artist, Peyton welcomes a new engagement with the image itself, imbuing it with her own personal affectations and values, and welcoming multiple points of engagement.  Her show at Gavin Brown’s is on view until May 13th. 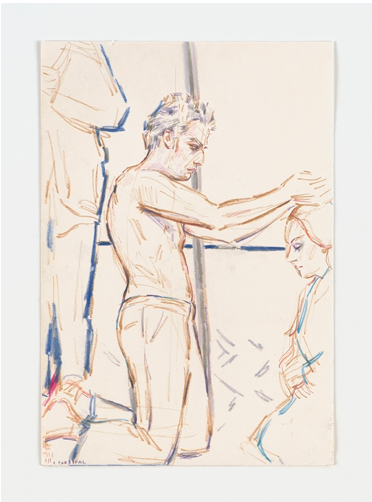 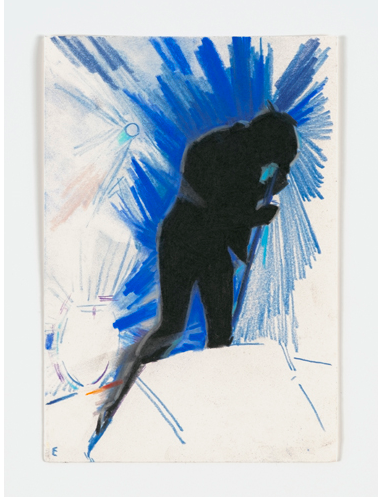 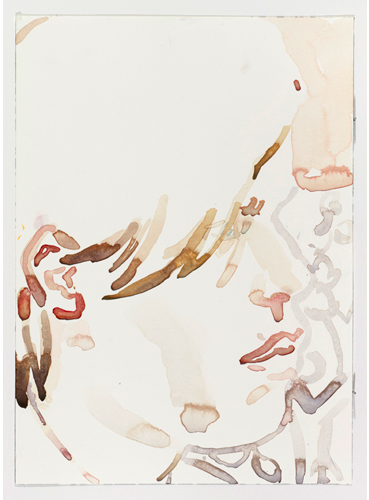 This entry was posted on Monday, May 13th, 2013 at 10:35 am and is filed under Art Fair. You can follow any responses to this entry through the RSS 2.0 feed. You can leave a response, or trackback from your own site.