Christopher Wool and Luhring Augustine Sued for $6 Million Each 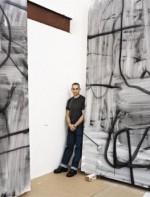 Artist Christopher Wool, and his gallery, Luhring Augustine, are being sued by print studio Brand X Editions, over accusations that Wool violated an agreement over a monoprinting technique allegedly “created, developed and perfected” by the studio’s master printer, Robert Blanton.  No comment has been issued on the case as of yet.

This entry was posted on Thursday, June 20th, 2013 at 1:15 am and is filed under Art News. You can follow any responses to this entry through the RSS 2.0 feed. You can leave a response, or trackback from your own site.