London – Alexander Calder: “Calder After the War” at Pace Gallery, through June 7th 2013 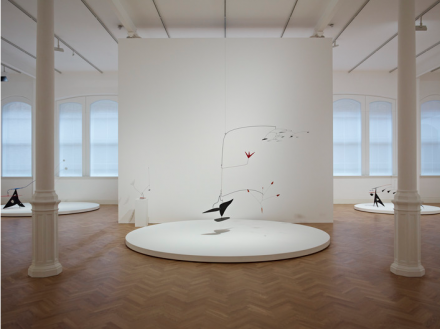 Currently on view at Pace Gallery London, from April 19th through June 7th, is an exhibition of over fifty works by Alexander Calder, created between 1945 and 1949, one of his most well-known periods during which he pioneered many of his sculptural abstractions through movement in three dimensions, particularly via his mobiles and stabiles. 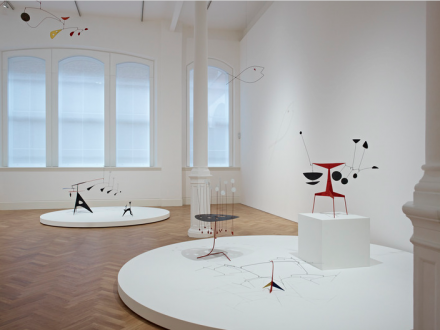 In 1930, Calder visited the studio of Piet Mondrian, and was inspired by the minimal use of color and form to place these elements into motion. The term “mobile” was created by Marcel Duchamp, as a reaction to Calder’s blending of genres and artistic movements: European Abstraction, Surrealism, and Dada, as well as the American tendency towards invention and experimentation with “forces of nature.” With his mobiles, Calder took abstraction to the next level, breaking apart the convention of sculpture as a static medium. 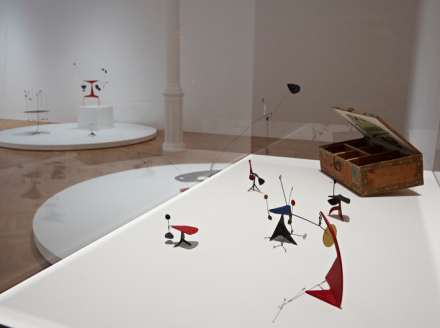 However, when the U.S. entered World War II in 1941, Calder’s ability to experiment with sheet metal and wire was interrupted, due to the increased demand for aluminum during this time period. As a result, Calder turned to carved wood and bronze figurations, these works, called stabiles, utilized similar approaches to form and coloration, while seeking to imply movement through less vivid techniques. In 1945, when his favored materials were again more available, Calder returned to his mobiles with a renewed appreciation and energy, this time merging them with stabiles, creating new manipulators of physics (such as weights and cantilevers) to achieve even higher levels of complexity. 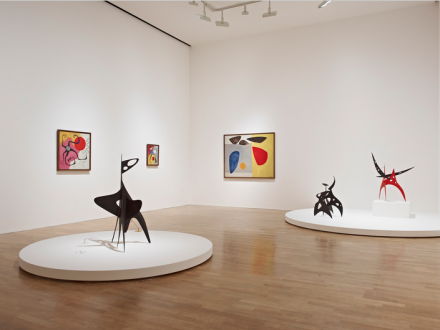 As James Johnson Sweeney, the mid-20th century curator of the MoMA described, Calder’s post-war return to the mobiles demonstrated “a new grace and fresh treatment of pierced planes made to swim lazily horizontal,” while his stabile works “took on a greater complexity of interpenetrating geometrical forms.” 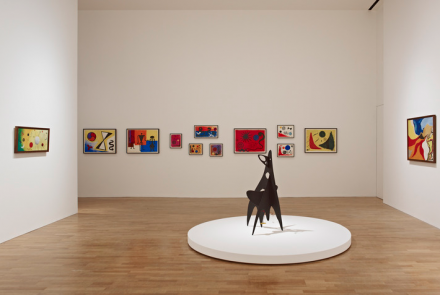 Accompanying the exhibition is a catalogue entitled Calder After the War, which includes illustrations of the works in the exhibition, a chronology of the period, and a series of photographs documenting Calder’s work in his studio, as well as an introduction by Sir Norman Foster and a new essay by American art historian Barbara Rose. This exhibition continues the ongoing relationship between Pace and the Calder Estate, which began nearly 40 years ago. 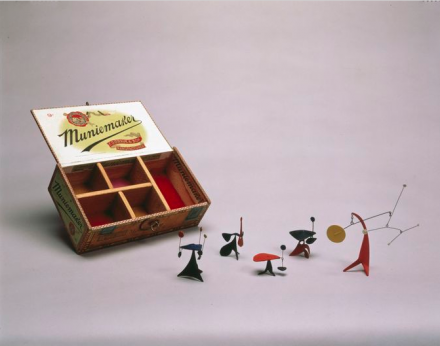 Showcasing the international instabilities of the 20th century, and their effects on Calder’s work, the current show at Pace underscores the artist’s operation and adaptation to the economic and political environment, and its indirect influence on his art.  The show closes on June 7th. 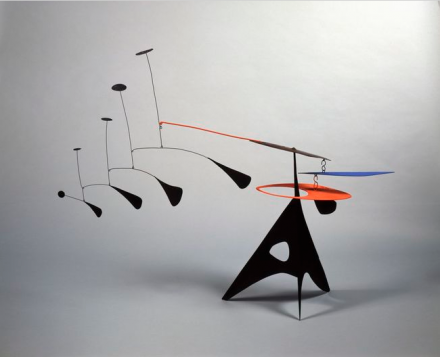 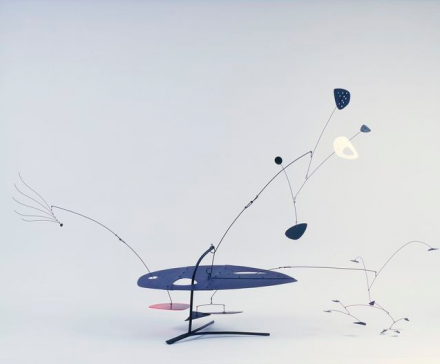 This entry was posted on Thursday, June 6th, 2013 at 9:01 pm and is filed under Art News. You can follow any responses to this entry through the RSS 2.0 feed. You can leave a response, or trackback from your own site.