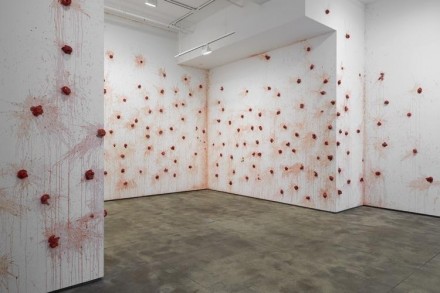 Cuban artist collective Los Carpinteros are currently presenting a show of new and recent work at Sean Kelly’s Chelsea art space, pulling together a trio of projects that serve as a strong summary of the artists’ complex and multifaceted practice. 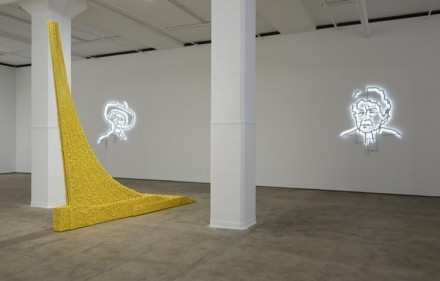 Taking up all three rooms of the gallery, the exhibition begins with Tomates, a full room installation that has adorned the walls of the space with sculptural elements resembling burst tomatoes.  Referencing the throwing of tomatoes at police and public figures as an act of protest, Los Carpinteros tap into a global spirit of political dissent, freezing the tomatoes at the point of impact.  Juice splatters the walls, and the split fruit hangs in suspended explosion, held at the moment of voiced opposition that ominously hints at the bloodshed so often associated with violent dissent.  Oscillating between humor and anger, the work challenges the viewer to consider dissent itself, outside of a definitive political and social context. 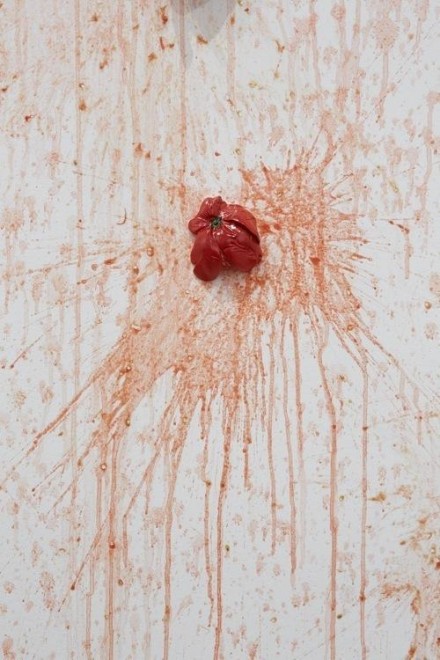 In the second room, the artists’ have created a series of sculptural replicas, recreating communist structures and memorials of the 20th century from LEGO® bricks.  Infusing these structures with a childish air, Los Carpinteros depict the slow loss of meaning these structures undergo, gradually turned from a hulking monument to civilian death and social struggle to an antique piece of history, to a mere plaything, robbed of much of its original depth, and brought forth in gleaming primary color.  The room also holds two aluminum light works, referencing the names of famous communist leaders, but depicting members of the artists’ family with the same name. Challenging the reference points of history, the works contrast successful political leaders against the common people of Cuba, many of whom did not benefit from the communist revolution in the country. 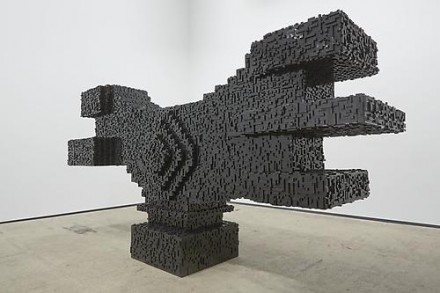 The third work, and perhaps the most captivating of the three, is the collective’s first video piece, Conga Irreversible, in which the artists stage a classic dance and song work from the Latin American Carnevale as part of the 2012 Havana Biennial.  Moving the performers and dancers in reverse through the historically potent Paseo del Prado, Los Carpinteros capture a sublime sense of confusion, both in the reactions of the viewers, and the cultural context of the work itself.  Nodding to the African traditions and cultural identities inherent in the work (the performers are all black, as are they dressed entirely in black), the work seems unmoored, churning against the linear movement of history, and the compositional dictations of modern music.  Despite an attempt to work backwards, the music can only move forward, spinning in place as it moves through time. 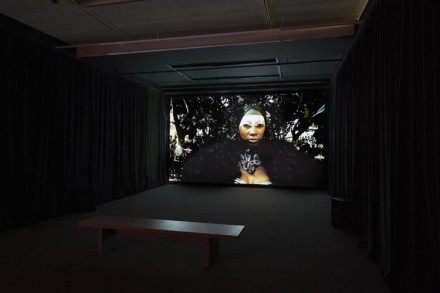 Throughout the work on view, a sense of history subtly weaves its way, turning back on the post-war histories of both Latin America and Europe to examine the structural and emotional debris that has since been left behind.   It’s an intriguing exploration, but is somewhat limited by its context in an American gallery, and lacking much of the historical motivations the duo is working from.  That being said, another look at Conga Irreversible, speaks volumes.  It is not an American viewer, or even, in some cases, an international one, that they speak to.  As the Cuban audience winds its way through the Paseo del Prado, it’s quite clear of the impact this work has on them. 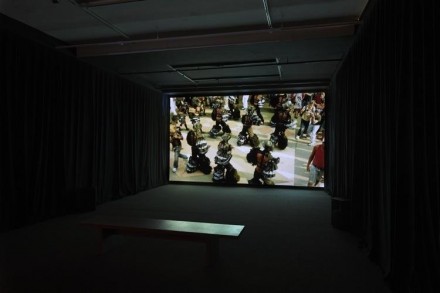 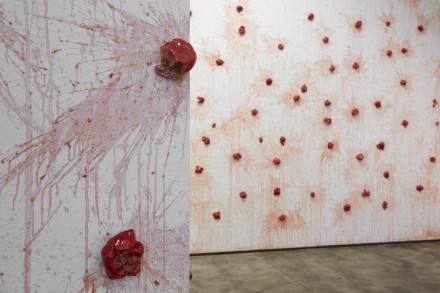 This entry was posted on Saturday, June 22nd, 2013 at 1:12 pm and is filed under Art News. You can follow any responses to this entry through the RSS 2.0 feed. You can leave a response, or trackback from your own site.