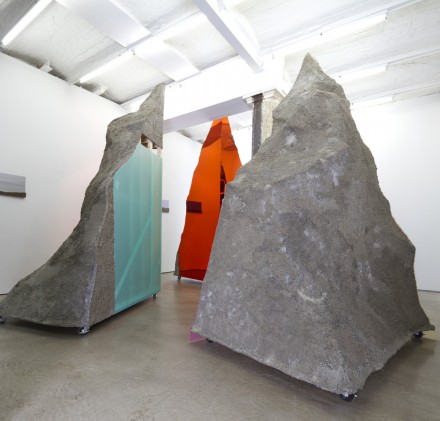 Creating links between the exterior world and the white cube of the gallery space, artist Nadja Frank’s work explores the intersections of natural forms and fabrication through her sculptural and painted works.  Often creating works around samples and materials culled from natural landscapes, Frank’s pieces express an attempt to bridge the distance between her experience and practice, while sitting firmly between the two.  For her first solo show at Denny Gallery in New York, Frank has turned her focus to the landscapes of the High Desert, exploring the rich hues and striking forms of the American West. 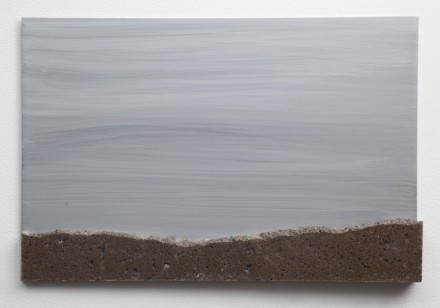 Pulling heavily from her own personal travels, Frank uses her encounters with landscape to fundamentally shape her work, while emphasizing evidence of the creative process to remain wholly evident.  In her one sculptural work, Red Headed Stranger, Frank’s looming mountain is broken into four pieces, exposing its wooden innards, components and the casters it sits on, allowing the simulated elements of the work to stand brazenly at the fore.  In her other works, Frank has spliced samples of earth from a variety of locations in Utah, Arizona, and New Mexico against painted backdrops, creating striking contrasts that recall the earth and sky, land and water. 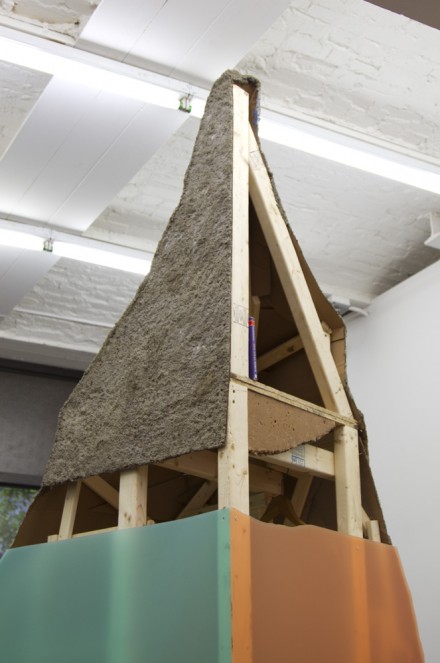 Wrapping her own artistic production up with the raw elements of the American landscape, Frank’s acts of transformation and transportation are made explicit.  Despite their active attempts at including “real” aspects of the desert, the works become more violently isolated from their points of origin, their natural origins only emphasizing what the works themselves lack. 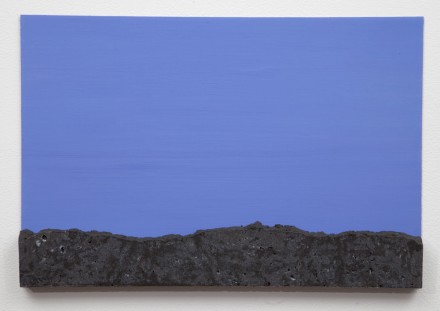 The result of this dissonance is a uniquely comedic play on American romanticism, emphasizing the “otherness” of the landscapes in question, and leaving the works as little more than a fragment of evidence that Frank did indeed visit these locations, and merely catalogued the natural conditions during her time there.  With a post-modern shrug of the shoulders, Frank’s piece repositions her work, not as a faithful reinterpretation of legendary, absolute space of the American west, but as evidence of her dialogue with it, and her struggles to express its inherent qualities. 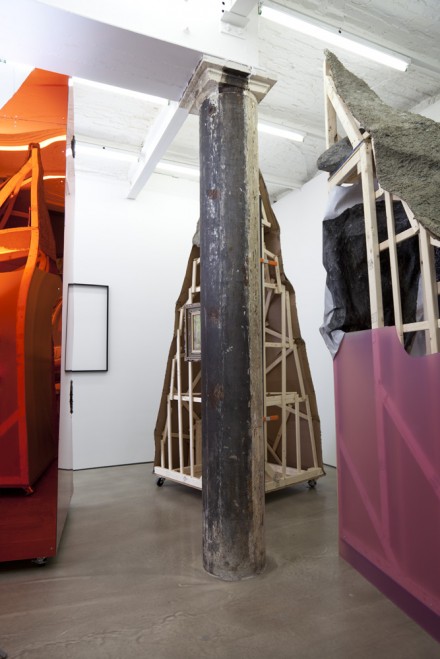 Playing at the tensions between her art’s content and context, Frank posits the American country not as a space or a material, but as an experience, and one that a gallery exhibition can do little to truly embody.  Meanwhile, the strange hulking forms of Arches, Utah and Shiprock, New Mexico are still standing, silent and looming in the American desert, nearly boundless landmarks that Frank’s works can stand next to as little more than a souvenir, making the show’s title, Rock Shop, all the more poignant. 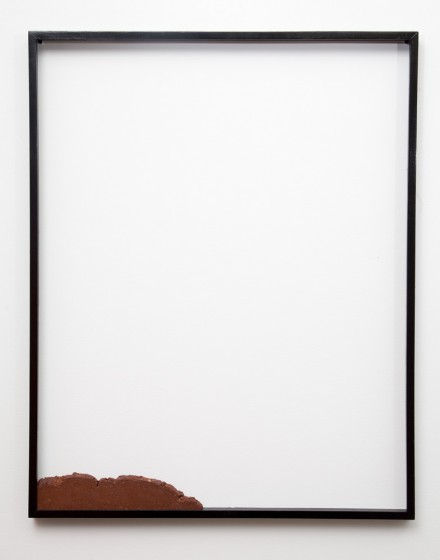 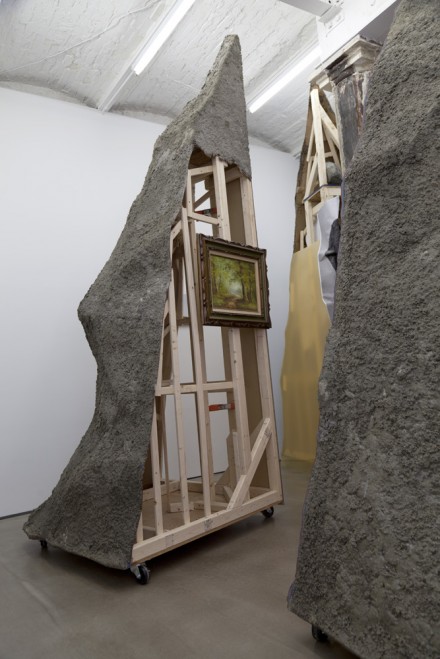 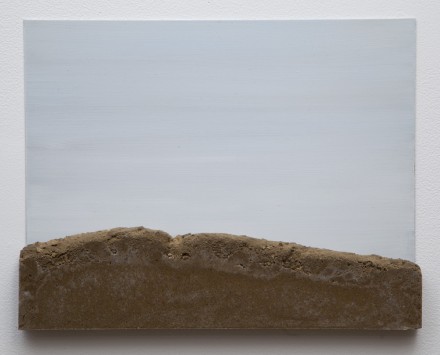 This entry was posted on Thursday, June 13th, 2013 at 4:46 am and is filed under Art News. You can follow any responses to this entry through the RSS 2.0 feed. You can leave a response, or trackback from your own site.