New York- Tracey Emin: “I Followed You to The Sun” at Lehmann Maupin through June 22nd, 2013 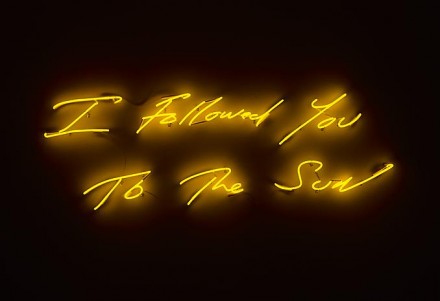 Tracey Emin, I Followed you to The Sun (2013) via Lehman Maupin

Tracey Emin, a central member of the Young British Artists (YBA) group, is on-view at the Lehmann Maupin gallery through June 22. The gallery is hosting a multi-location show of Emin’s work, exhibiting in both its Chrystie Street and Chelsea locations, as well as promoting her project Roman Standard, installed in Petrosino Square through September 8. Roman Standard, open for public viewing in the square features a single bronze bird perched on a thirteen-foot pole and welcomes quiet contemplation, something of a departure from Emin’s more well-known, confrontational work. 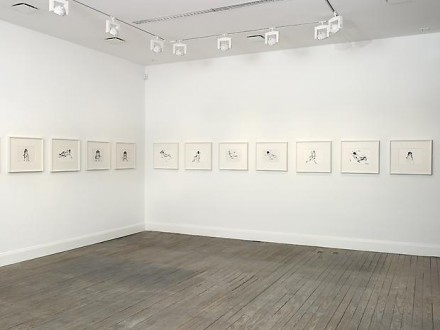 The interrogatory and challenging nature of Emin’s repertoire is largely due to its intensely personal skew, accessing the most physical manifestations of desire, memory, and the human body.  Despite this, the work is not weighed down by insistent introspection. The detached cynicism that punctuates Emin’s own character comes across in her compositions, keeping the work’s affects slightly abstracted from her often personal subject matter. 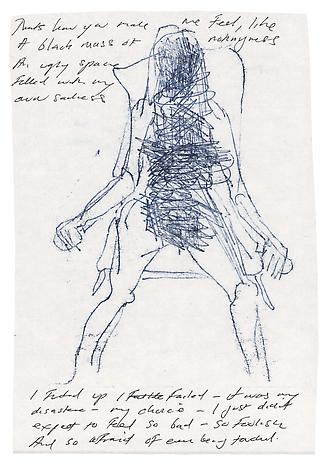 Tracey Emin, That’s how you make me Feel (2012), via Lehmann Maupin

I Followed You to the Sun features over 100 pieces ranging from embroidery to bronze sculpture, housed until the 22of June as two separate exhibitions in the Lehman Maupin galleries.  In one gallery, a broad selection of Emin’s “Lonely Chair drawings” are on view, stunning evidence of the artist’s ability to toe the line between delicate suggestion and engaging sentiment. The artist’s frank approach to the human body (particularly, hers) comes across in this series, showing a subtle and nuanced approach to the act of exposure and depiction. 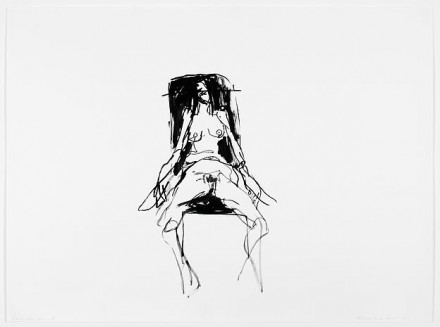 In another series of sculptures, Emin pairs subtle, rudimentary sculptures of human forms and animals with boldfaced declarative words scrawled into the blocky, unadorned base of the sculpture (in one, a white swan swims over the word”humiliated.”  These exercises in semiotics and interpretation, while decidedly amateur, signal new directions for Emin’s work, branching out beyond her own body and experience through ever more abstracted images and messages.   Nearby, Emin also exhibits one of her well-regarded neon works, from which the show takes its name.  Glowing in a subdued yellow, the work once again prioritizes Emin’s foregrounding of her emotional and poetic impulses. 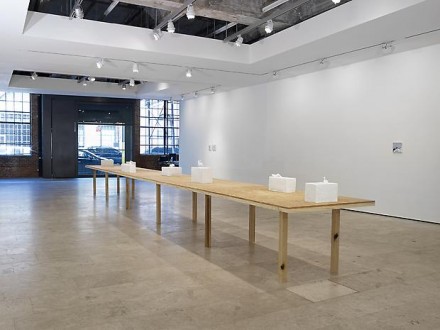 Tracey Emin works from a place of self-awareness, using her body as both model and muse. The scope and number of the works in her current speak to the reality of obsessive self-reflection and articulation, as well as her increasingly diversified output and creative language. It would be too easy to read this series as a meditation on the at times devastating fact of embodied existence, but Emin seems somehow willing to go somewhere new by framing and multiplying a truly honest account of the universal themes of vulnerability and angst in the human condition.  Her show is on view until June 22nd. 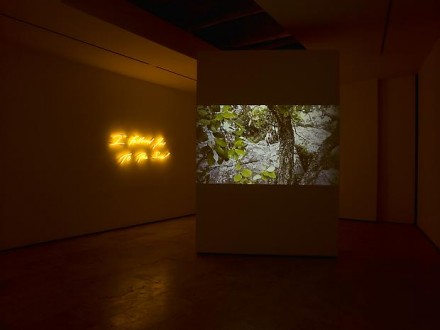 This entry was posted on Monday, June 17th, 2013 at 12:04 am and is filed under Art News. You can follow any responses to this entry through the RSS 2.0 feed. You can leave a response, or trackback from your own site.