Venice Biennale Announces the Winners of this Year’s Golden Lions 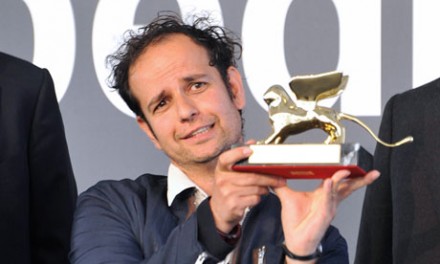 Tino Sehgal with his Golden Lion for best artist at the Venice Biennale, via The Guardian

At a press conference this morning, the officials for the 55th Venice Biennale announced the winners of this year’s event’s Golden Lion awards.  British artist Tino Seghal took home the Best Artist in the International Exhibition award for his bizarre, kinetic performance piece at The Encyclopedic Palace, while first-time Biennale attendee Angola was given the award for best national participation.  A full account of awards is listed below:

Read more at The Venice Biennale

This entry was posted on Saturday, June 1st, 2013 at 4:55 pm and is filed under Art News. You can follow any responses to this entry through the RSS 2.0 feed. You can leave a response, or trackback from your own site.