Artist Walter De Maria Passes Away at the Age of 77 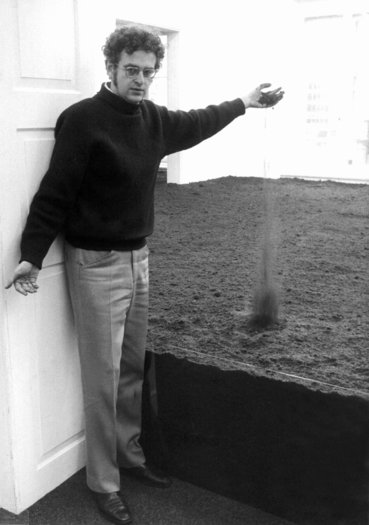 Walter De Maria, the New York sculptor known for his monumental sculptures that helped pioneer the conceptual, minimalist and land art movements of the mid to late twentieth century, has passed away in Los Angeles at the age of 77. 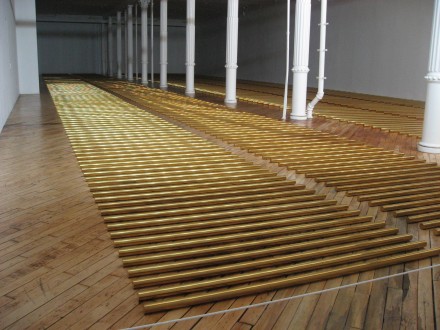 De Maria had been a fixture on the New York City creative scene since the 1960’s, occasionally performing as a percussionist for a number of jazz and rock acts that included an early incarnation of the Velvet Underground.  Alongside his practice as a musician, his developing aesthetic language explored the conflation of the simplistic and the monumental.  In one work, Earth Room, the artist filled the full space of a New York Gallery with dark, loamy earth, bringing a surreal, muffled atmosphere to the pristine white of the space.  In another, titled The Lightning Field, De Maria filled a vast expanse of land with meticulously placed brass rods, meant to attract the charges of passing lightning storms.This precise act of measurement was central to the artist’s work, examining the geometric possibilities expressed through the repetition and variation of carefully placed materials.  Using elements like metal rods, plates, and plastics, the artist would coat vast spaces, allowing the intersections of material and environment to create dizzying patterns and arrays.

De Maria’s work was widely championed by the budding Dia Art Foundation, which worked to provide the artist with space and resources for some of his most striking, large-scale works.  Despite his visibly active practice, however, De Maria often avoided the public spotlight, rarely giving interviews or even permitting photographs of himself.  He is survived by his mother, Christina, and his brother, Terry. 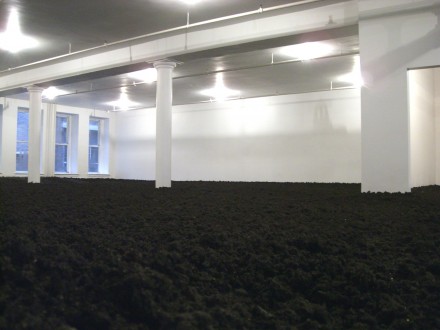 This entry was posted on Saturday, July 27th, 2013 at 1:41 pm and is filed under Art News. You can follow any responses to this entry through the RSS 2.0 feed. You can leave a response, or trackback from your own site.