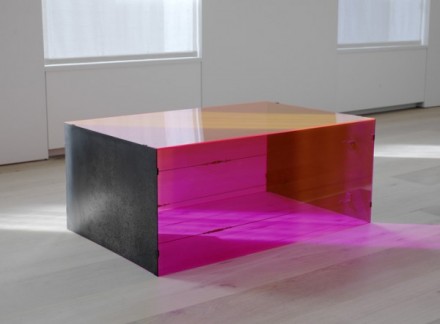 The tight, straight lines of Donald Judd run directly through the entirety of his career, from his early painted works on through to the increasingly large sculptural works and stacks of the 1980’s and 90’s.  Moving to purify notions of space, light, color and depth, Judd’s career wove a strikingly influential path through the landscape of post-war and contemporary art.  It is this tradition that David Zwirner in London seeks to explore, pulling together a small but tightly organized collection of works by Judd for a show exploring the range and depth of the artist’s career, from his early sculptural explorations with iron and plexiglass, on through to his more refined “stacks,” and wall-mounted installations. 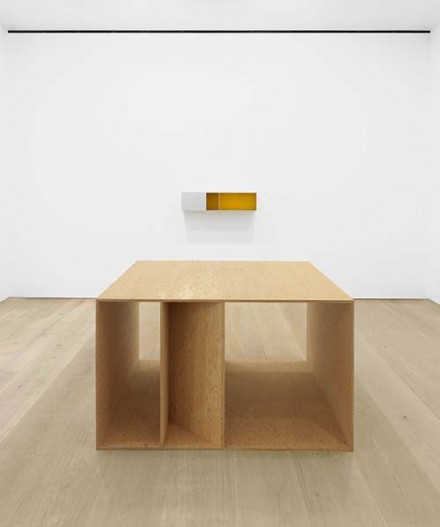 Carefully selecting works from the various stylistic approaches and creative periods in the artist’s life, Zwirner’s exhibition (the first gallery exhibition for the artist in almost 15 years) serves as a jumping off point for the artist’s project.  Each of the Judd’s various thematic inquiries are represented here, including experiments with light and shadow, wooden demonstrations on depth, position and perception, and the raw capacities of materials for interaction within each work, subtly altering its presentation and impact as the viewer passes by.  Of particular note is Judd’s single “stack” work on view, Untitled (Bernstein 89-1), a towering arrangement of stainless steel and plexiglass that gently filters light down through each panel, gradually growing darker with shade as the piece descends towards the ground. 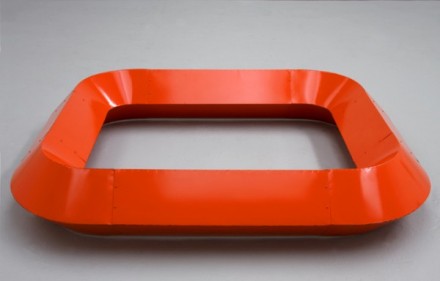 Judd’s work is unique for its ability to place itself both wholly within and fully outside of its exhibited environment.  While each work responds to the conditions of light and passage of viewers through its surrounding area, almost all of the pieces on view are remarkable for their internal phenomenology.  The pure relation of objects, as well as any perceptual tricks of light or space that they may cause is foregrounded, bending the affective properties of the room through the frame of the work, while still reminding viewers of the interactions of color, line and space in the actual object.  The questions of interiority, or exteriority for that matter are as elusive as the works themselves often are. 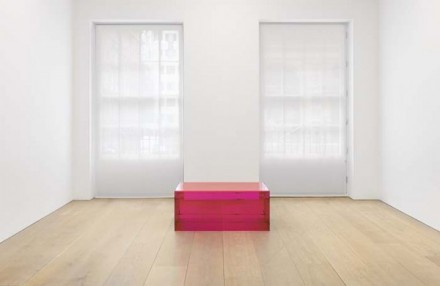 With that in mind, it becomes an intriguingly coy experiment that the gallery undertakes, lining up each work to interact subtly with the works surrounding it.  Such strong emphasis is placed on horizontal and vertical lines that the white cube of the space is transformed into a series of limits, with Judd’s various works serving as architectural interruptions, altering the flat planes of the space while working to complement them, all while locking into conversation with the pieces around it.  Judd’s architectural language slides effortlessly into that of the spaces he is placed in, working to complement rather than to offset. 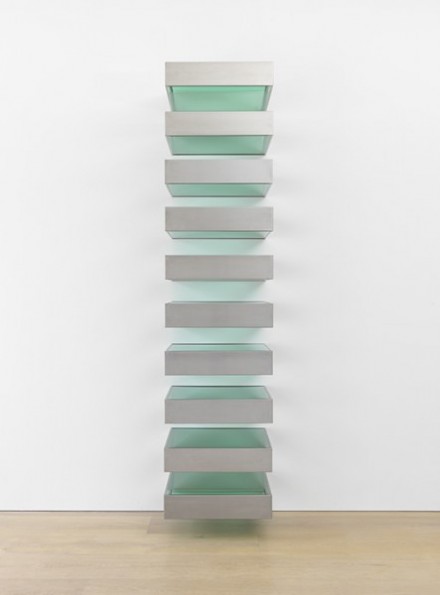 Welcoming a thoughtful reconsideration of Donald Judd’s full artistic mission in a minimum of space, David Zwirner presents a thoughtfully appropriate presentation of his full career.  Maximizing the effectiveness of each element and piece, the show allows the viewer to explore as far as they would like to into Judd’s world of lines and forms.  The question of how far they explore is up to them.

Judd’s show has been extended through next month, and will close on September 19th. 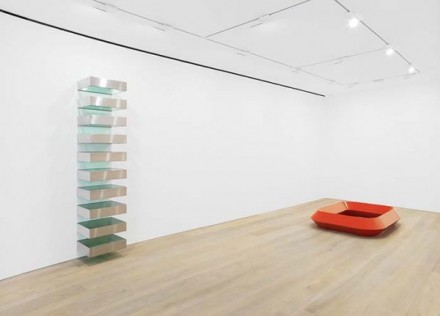 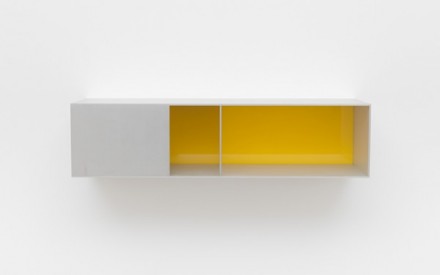 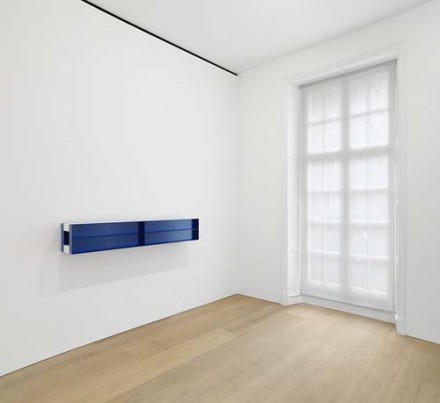 This entry was posted on Wednesday, July 31st, 2013 at 12:15 pm and is filed under Art News. You can follow any responses to this entry through the RSS 2.0 feed. You can leave a response, or trackback from your own site.