New York – Claes Oldenburg at the Museum of Modern Art through August 5th, 2013. 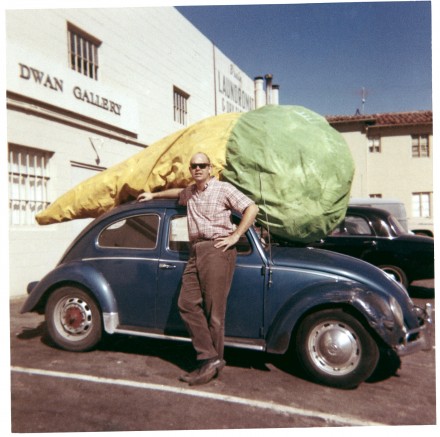 Claes Oldenburg (b. 1929, Stockholm) is widely regarded as one of the founding pioneers of Pop Art, a superstar in the history of art, and a visionary who opened new doors on the world of conceptual practice, sculpture and performance.  Embracing this foundational role, the artist’s current retrospective at the Museum of Modern Art maps the early beginnings of Oldenburg’s career, alongside the formative years of Pop Art. 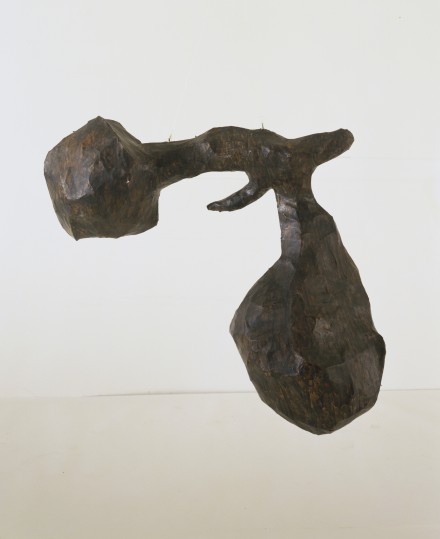 Oldenburg’s creative inklings began young. His mother, Sigelle Oldenburg (1900-1984), was a trained opera singer and artist who created vibrant works of color and collage that she would gift to friends and family. Her works, rarely seen in the United States, are concurrently being exhibited at the American Swedish Historical Museum in Philadelphia.  His brother Richard was, in fact, for many years a director at MoMA.  Although born in Sweden, and raised in a Swedish family, Oldenburg is heartily considered an American original, as his father was a diplomat to the U.S., where he eventually attended Yale to study literature and art before being accepted to the Art Institute of Chicago. Oldenburg is mostly known for his sculptures; the soft sculptures that he created with the help of his first wife, seamstress Patty Mucha, and the large scale sculptures, often installed in public spaces, that he created in collaboration with his second wife, artist, and art historian Coosje van Bruggen (1942-2009). An example of the latter is Dropped Cone (2001) a permanent installation in Cologne that depict a massive ice cream cone, resting on the top corner of a building as if it had fallen from the sky. 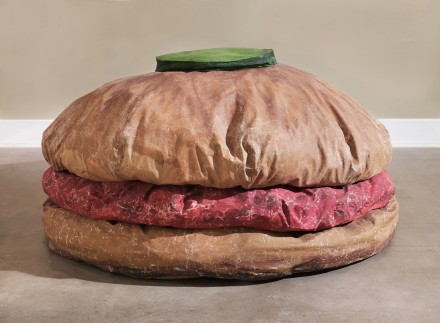 While the popular definition of pop art often holds nonchalant connotations of American consumer culture, the two exhibitions at MoMa serve as both a showcase of Oldenburg’s earlier works and a reminder of the movement’s darker roots and schools of thought, organized in collaboration with Museum Moderner Kunst Stiftung Ludwig Wien into two parts: The Street and The Store. 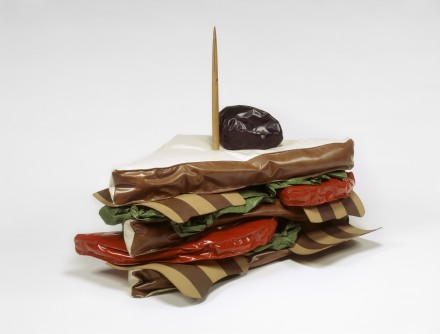 The Street recreates a show with the same name from 1960, held in a shabby basement near Washington Square Park called the Reuben Gallery. The gallery is a “mess,” strewn with cut-out cars and guns, posters, drawings and a video of one of the earliest happenings: “Snapshots from the City,” a filmed performance piece featuring Oldenburg wearing a trash-bag. The recording of the piece conjures the gritty chaos of the East Village, where Oldenburg and many of his contemporaries like Jim Dine, Carolee Schneeman and Allan Kaprow lived and worked.  It’s a kinetic, bizarre recollection of the less seen facets of the pop art movement in New York, welcoming new perspectives and insights into the driving forces behind Oldenburg’s later work. 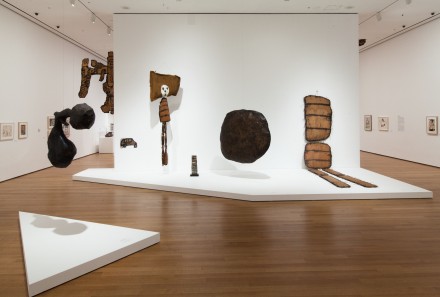 The Store continues this view, showcasing early plaster over wire sculptures of everyday objects, rendered in true to life size, but often deformed or decompressed. More posters and print-work are included here as well, alongside his larger-scale soft sculptures created with fabric. While clearly pulling from the consumption culture of post-war America, the pieces lack the sense of glamor present in Warhol’s early prints, or Oldenburg’s later work, leaving viewers with a feeling of decay.  The colorful pastries in Pastry Case I, for example, don’t look luxurious so much as they appear dull and static behind the glass case.  Perhaps it was the artist’s European heritage that allowed for a certain distance from the American culture, giving the his work from the period a relatively despondent character. 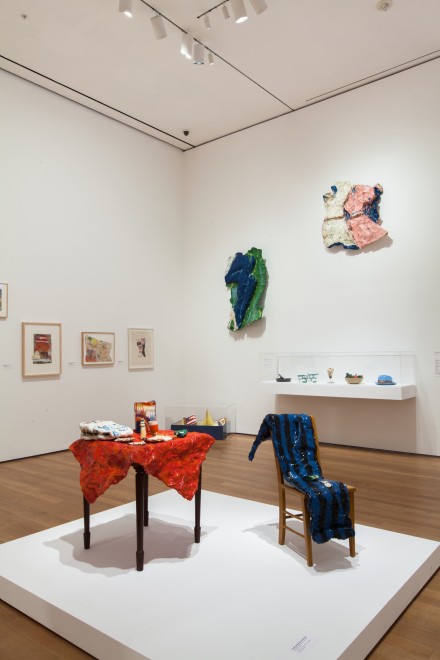 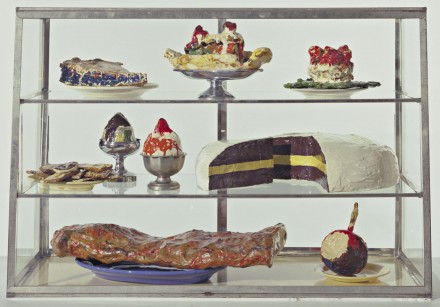 Also on view in the museum’s mezzanine is the The Mouse Museum/Ray Gun Wing, a parody of the institutional forms of the museum.  Inside, stylized miniatures collected by Oldenburg throughout the years are on view. Upon entering the dark space with both rounded and straight walls the visitor is welcomed to view the objects curated in glass boxes along its walls. A dark tune is playing, giving the room a somber, melancholic feeling that conjures the image of a tomb to American culture.  It offers a powerful counterpoint to the image of the museum retrospective as a place where dead ideas and concepts go to be entombed.  While somewhat oblique given Oldenburg’s acceptance into the mainstream canon, the piece is a perfect conclusion to a look at an artist who consistently challenged the values of post-war America. 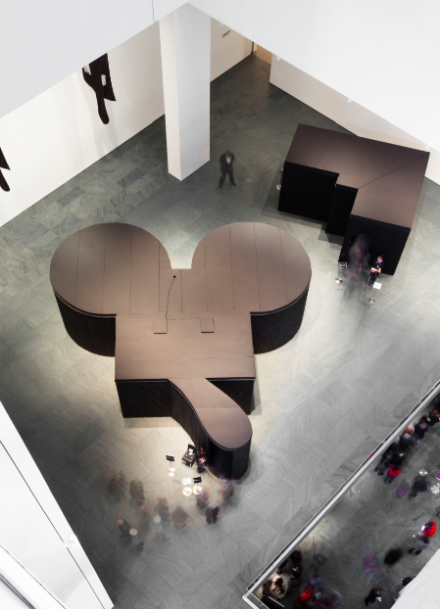 Suggested Links
Claes Oldenburg: The Street and the Store

This entry was posted on Wednesday, July 17th, 2013 at 2:02 pm and is filed under Art News. You can follow any responses to this entry through the RSS 2.0 feed. You can leave a response, or trackback from your own site.