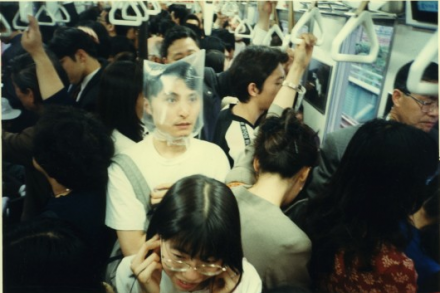 In the hustle and bustle of the art fairs and auctions of the two weeks prior, the opening of MoMA’s EXPO 1: New York went almost unnoticed, despite its three-venue makeup that includes modules at the museum’s midtown location, the PS1 annex in Queens, and at the newly built VW dome in the Far Rockaway, all which explore new conceptions of ecology and politics in the post-millenial landscape. 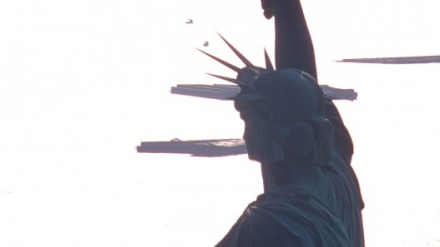 When Hurricane Sandy washed into New York City last fall, the scale of damage done to the city, and the degree of loss felt by the art world sent ripples through dialogues on environmental action and socio-politics both in and outside of the contemporary art landscape.  Dark Optimism, a full-museum show of work currently on view at MoMA PS1 seeks to continue that dialogue.  The show pulls together a vast selection of works by both young artists and contemporary heavyweights that examine political identity and artistic vision in relation with a broader political and social milieu, while exploring the artist’s role and work bound by its relation to its physical location and environmental impact. 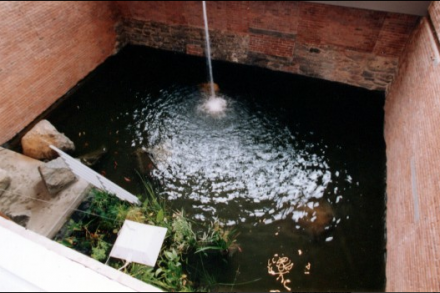 This work is perhaps perfectly exemplified by Meg Webster’s Pool, a ground floor installation that turns a full room at PS1 into a reflecting pool, complete with bench, grass, shrubbery, and a waterfall, pumped from a rubber hose snaking across the ceiling.  Simply presented, the work is a powerful act of repurposing, creating a space that sits firmly between exterior and interior space, a firmly posited natural environment where all elements are in plain site. 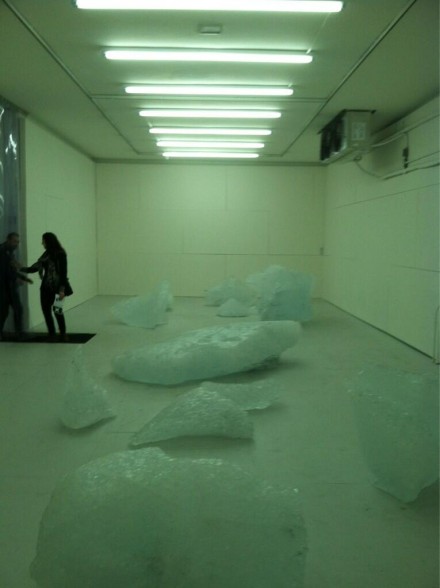 Olafur Eliasson, Your Waste of Time (2013), via Daniel Creahan for Art Observed

The exhibition continues this sense of environmental interaction through a series of modules and exhibition spaces, filling PS1 with a tightly assembled aesthetic and agenda.  Offering numerous takes on the current issues of humanity and nature, digital technology and organic utilities, Dark Optimism raises numerous facets of a holistic approach to society, blending each element in various permutations to drive the viewer towards new assemblages of thought. 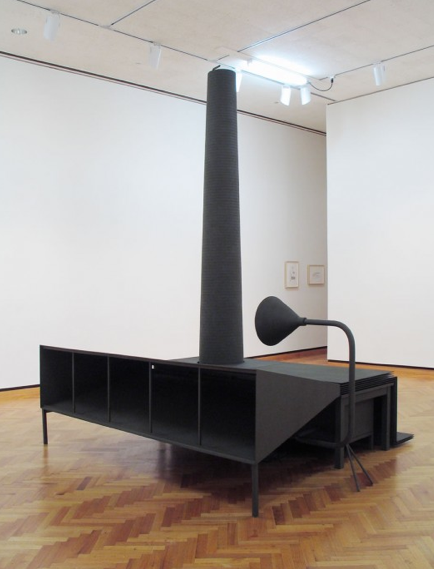 In one room, Icelander Olafur Eliasson welcomes viewers into a homemade, solar-powered freezer, where the artist has displayed several chunks of glacial ice.  Taking these natural materials, dotted with dirt and gravel, out of their context, Eliasson makes an interesting inquiry into the nature of exhibition and object, sustaining the disappearing, centuries-old ice blocks of the warming globe through sustainable means, while questioning the act of exhibiting itself.  It’s an engaging, challenging work that also works at the core implications of the exhibition’s Dark Optimism theme. 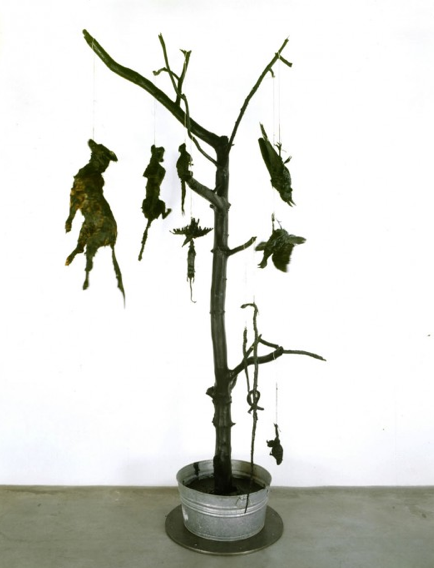 PS1 also features a striking series of Ansel Adams photographs, capturing the placid wilderness of the American west in somber, black and white hues.  Perhaps the most staid of the works on view, the shots offer a view of America past, and bring the urgent tone of the show to a cogent focal point. 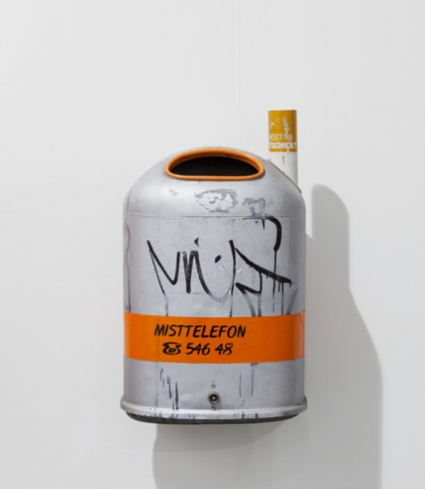 The video work on view is also particularly captivating, especially Steve McQueen’s Static, on view on the ground floor.  The video forces the viewer into a spiraling, face-to-face view with the Statue of Liberty, an isolated, singular image set adrift against a constantly shifting world.  It’s a compelling image, challenging the frequently asserted ideals of American democratic ascendency. 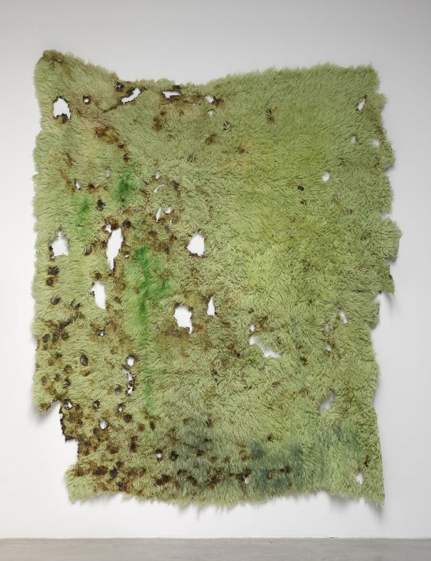 But for sheer imagination, one needs look no further than Probio, a specially curated exhibition of works examining the increasingly interlinked space between human and technological capabilities.  A series of specially designed robotic vacuum cleaners, designed by the artists of Dis, patrol the room constantly cleaning the space of human presence and often comically interacting with each other.  The flaws and peculiar behavior of the machines create a sense of personality for the bots, bringing new perspectives of identity to the forefront.   Other work is contributed by Tabor Robak, Ian Cheng, and Josh Kline. 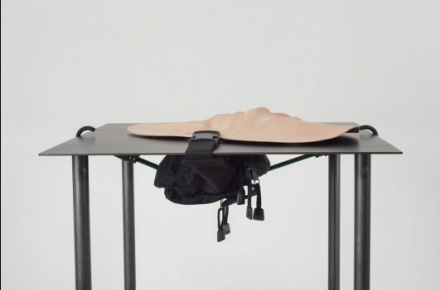 The exhibition at PS1 also features a uniquely conceived teaching module, curated by Triple Canopy, and designed by artist Adrián Villar Rojas.  Offering a selection of lectures and engagement-oriented projects, the EXPO School is designed as a podium of sorts, reminiscent of the marble steps of Greek antiquity where great thinkers would offer their own lectures and thoughts on philosophy, art, science and mathematics.  Abstracting the image within the gallery context, the space becomes a timeless space for the proliferation of knowledge and strategy, a place where sharing and creativity are once again posited as materials of severe importance. 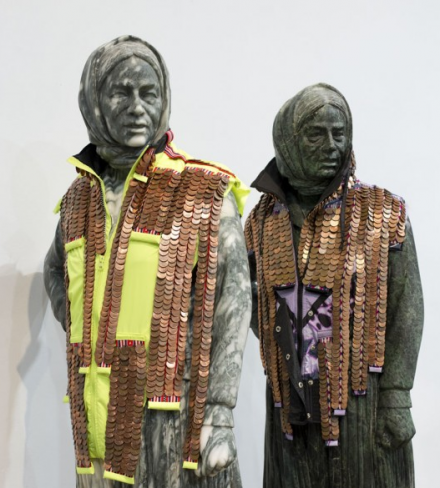 The urgency of purpose that pervades much of this work makes for a particularly engaging show, forgoing overly conceptual exercises to foreground higher, global purposes while never sacrificing quality or creative theory.  Dark Optimism then, makes for a remarkably fitting title, showcasing not only a world in need of new perspectives towards itself, but perhaps a new language capable of effectively expressing its realization. 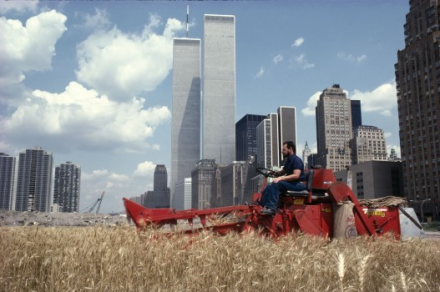 This entry was posted on Monday, July 15th, 2013 at 11:29 pm and is filed under Art News. You can follow any responses to this entry through the RSS 2.0 feed. You can leave a response, or trackback from your own site.