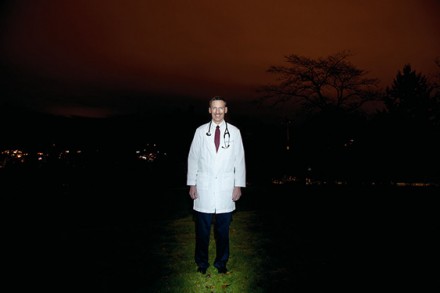 Strangers and Relations is a two-part project by American photographer and filmmaker Laurel Nakadate, in which the artist photographs strangers she connected with through the Internet, and arranged to meet in 31 different states within the US. and parts of Europe. The exhibition is being held at Leslie Tonkonow in New York City. 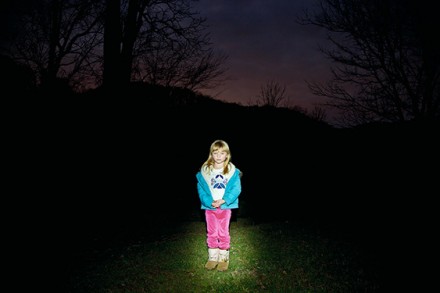 Born in Austin, Texas in 197,5 and raised in Ames, Iowa, Nakadate’s work has been exhibited across the globe, including a major retrospective of her work at New York’s MoMA P.S. 1 in the spring of 2011.  She attended Yale University’s MFA photography program, and since then has created works in mediums ranging from video and photography to performance and film, often exploring ideas of human interaction, interrelation and behavior through a contemporary lens. She consistently uses minimal materials and simple production techniques to expose her subjects in realistic ways, focusing on her own relationship to the characters rather than creating barriers between subject and artist. Nakadate’s works are included in major museum collections, such as the MoMA New York, the Whitney Museum, and the Museum of Modern Art, Warsaw. 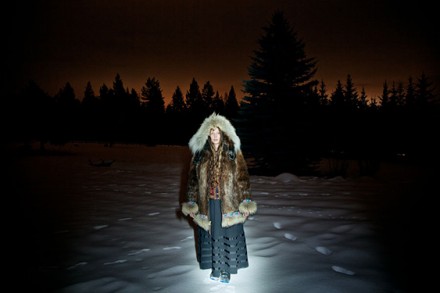 For Strangers and Relations, Nakadate spent a year traveling across the US in order to complete a comprehensive “family album” of her own distant relatives, as well as members of the vaguely defined “online community.”  While in Nakadate’s early works often featured her performing in front of the camera, this series puts less of an emphasis on her physical presence, while she herself maintains that “these images become modern day self-portraits” through her photographical documentation.  The “relations” she has photographed are so distant that they are not physically differentiable from the “strangers,” and the only difference between the two parts of the project are the sheerly technical genetic “relations” with the photographer. 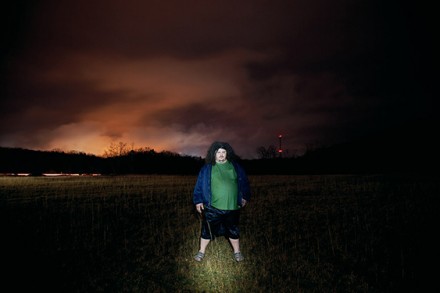 Nakadate is known for her feature films Stay the Same Never Change (official selection, 2009 Sundance Film Festival) and The Wolf Knife (2010), which received a nomination for the Gotham and Independent Spirit Awards. Some of her works are also currently on view in In the Heart of the Country at the Museum of Modern Art, Warsaw, and, in the fall of 2014 her work will appear in Damage Control: Art and Destruction since 1950 at the Hirshhorn Museum and Sculpture Garden in Washington D.C. 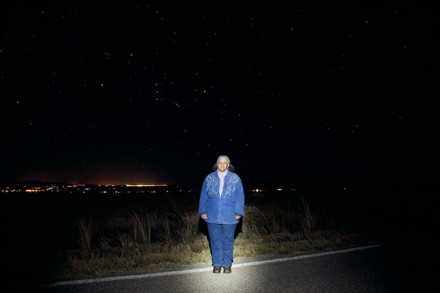 Twenty photographs make up this exhibition, including seventeen works from Relations and three images of “strangers” from the initial Star Portraits (Strangers) series. Although all of the works included in Strangers and Relations were photographed at night, Nakadate chose to create all of the images with available light and, when necessary, a simple flashlight. She found her subjects mostly through Facebook and DNA websites, after taking a DNA test in order to reveal more in-depth genealogical details. 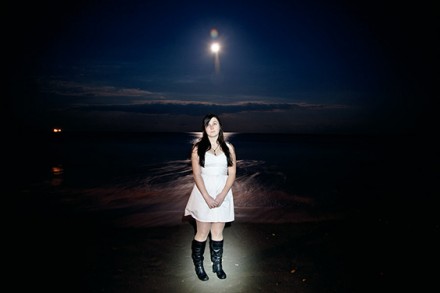 The result of this practice is a series of photographs documenting both the artist’s actual quest for human connection, both digitally and through scientific ties, while doing little to distinguish the two sides.  Her figures become active evidence of this search, ambiguously placed between familial ties and new modes of interaction online.  The viewer is left to examine the works, searching for ties between figures in the same way that Nakadate looked for traces of herself in each face.

Strangers and Relations will continue through July 26, 2013 at Leslie Tonkonow Artworks + Projects in the Chelsea district of New York, open daily from 10am until 6pm. 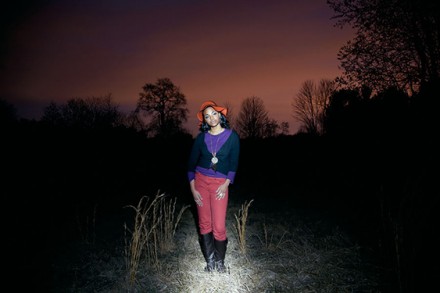 This entry was posted on Wednesday, July 10th, 2013 at 2:28 pm and is filed under Art News. You can follow any responses to this entry through the RSS 2.0 feed. You can leave a response, or trackback from your own site.