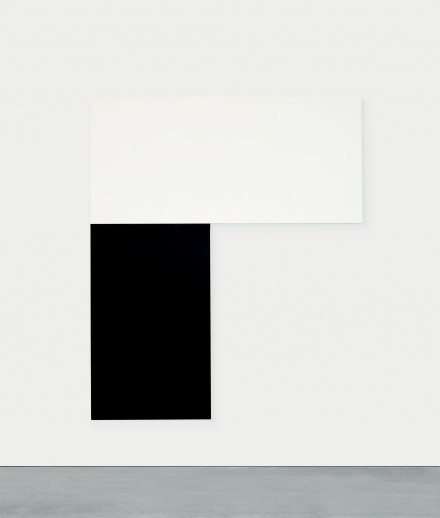 Coming off the wide success of his early experiments in shaped canvases, pure color fields and architectural investigations in the late 1960’s and early 1970’s, artist Ellsworth Kelly withdrew from the New York City art world that had helped him attain such a high degree of success, settling in the upstate villa of Spencertown.  It was here, painting at a rented studio in nearby Chatham, that the artist would begin a new series of works that would help develop and refine his artistic practice to a fine point. 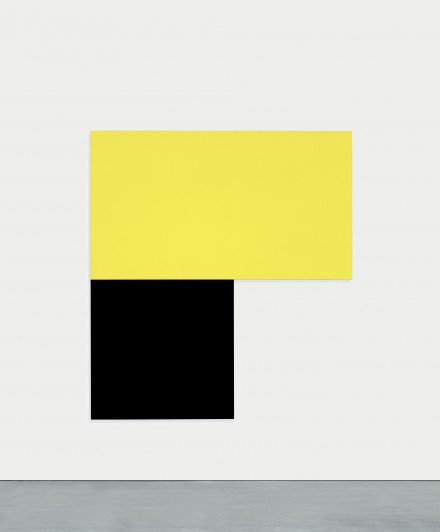 It is this set of paintings, appropriately referred to as the Chatham Series, that served as a pivotal point in his career, signaling the artist’s distillation of his aesthetic language down to a bare minimum of space and color, form and proportion.  It is also this series of paintings that the Museum of Modern Art is currently exhibiting in its fourth floor galleries, collecting the fourteen works of the Chatham Series together for the first time since they were exhibited in the early 1970’s at the Albright-Knox Museum in Buffalo, NY. 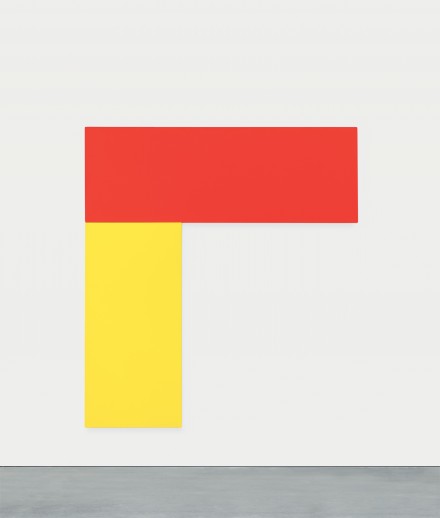 Consisting of a series of inverted ell shapes, each composed from two painted canvases stacked against each other, Kelly’s project here is a peculiar one.  Each painting, broken down to the most essential elements of form and shape, create unique interplays of relation, both between each canvas in the work, as well as between works in the series.  Running a series of variations through from Chatham I to Chatham XIV, the works create a gradual, systemic inversion, so that the two endpieces feel as if the full series has worked itself through a mathematical process. 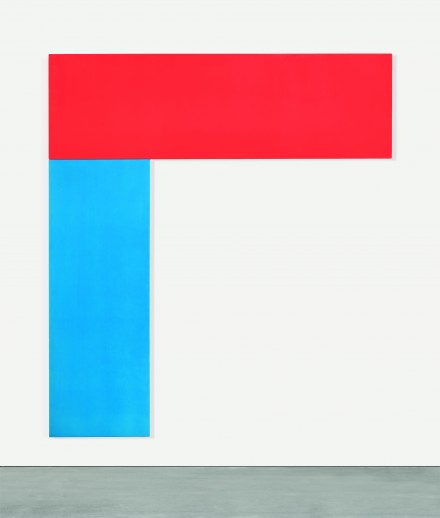 The Chatham Series is minimalism defined, examining how an alteration of inches in proportion can quickly define a painting against the rest of the works on view.  The works, taken as a whole, become not so much an exercise in painting or sculpture, so much as they are an examination of repetition and variation, toying with frameworks as a way to examine the infusions of meaning created by the alteration of an established form. 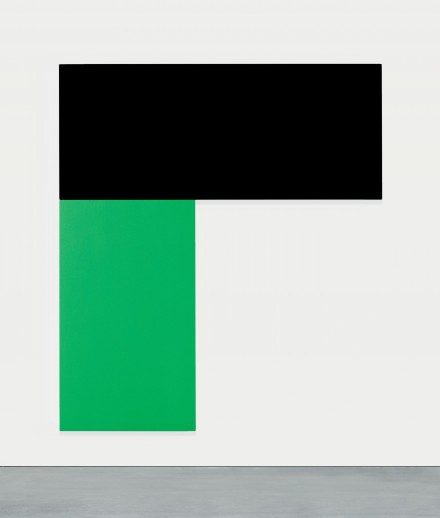 Also of note is the painting’s impact on the wall itself.  Working with the absence of a third panel, the paintings create an intriguing interplay of depth and width, confounding easy classification of the space occupied by each work, and effectively incorporating the broader environment into the room by its open-ended arrangement. 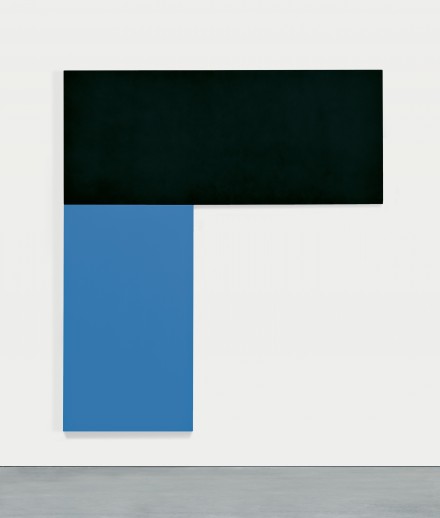 But despite the conceptual workouts provided by Kelly’s landmark series, there remains an intangible calm that passes through the works on view.  A viewer may find themselves gazing at Kelly’s simplistic works for minutes at a time, vacillating between fascination, meditation, and occasional frustration, seeking to delve deeper into Kelly’s works.  It’s perhaps this simplicity that makes Kelly’s works so compelling, particularly in the context of his minimal examinations of form and space, color and light, stillness and vibrant color.  Given the dialectic choices of the works on view, Kelly can forward the point that perhaps simplicity is merely the counterpoint of complexity, a short but powerful lesson for the contemporary art landscape of his time, as well as today’s.

The Chatham Series is on view until September 8th. 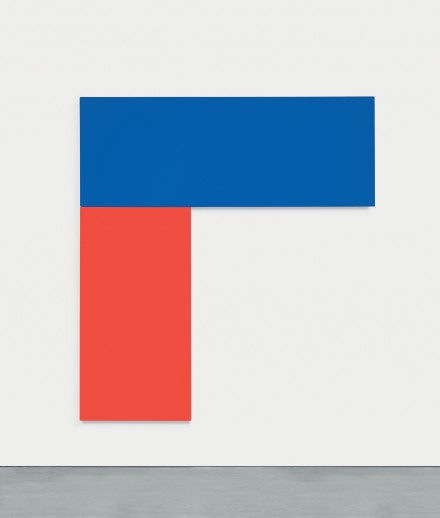 This entry was posted on Friday, August 16th, 2013 at 12:00 am and is filed under Art News. You can follow any responses to this entry through the RSS 2.0 feed. You can leave a response, or trackback from your own site.