The Philosophy of Andy Warhol (From A to B and Back Again)
(Andy Warhol, 1977)
Read More and Buy↠
Home » Ponzi Scheme Victim Awarded Over $33 Million in Art, including Warhol, Rothko, Lichtenstein 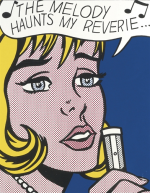 A victim of convicted defrauder Marc Dreier has been awarded 18 artworks, valued at over $33 million, from Dreier’s collection, among them works by Damien Hirst, Andy Warhol, Mark Rothko and Roy Lichtenstein.  Dreier had given the victim a security interest in the works several years prior, in order to get their signature on forged promissory notes, which held a face value of over $110 million.  Other works from Dreier’s collection have already been sold at auction to help pay off his debts to other defrauded investors.

This entry was posted on Tuesday, August 13th, 2013 at 8:48 am and is filed under Art News. You can follow any responses to this entry through the RSS 2.0 feed. You can leave a response, or trackback from your own site.