Washington, D.C. – “Georges Braque and the Cubist Still Life” at The Phillips Collection Through September 1st, 2013 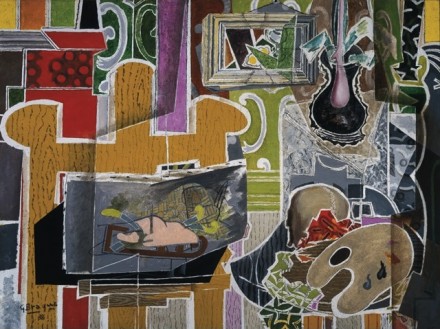 Georges Braque was a French artist born in the late 19th century and was a determining force, along with the likes of Picasso, in the forming of the Cubism movement, pioneering new forms and techniques in figuration and depiction that ultimately became a driving force for much of the 20th century avant-garde.  Georges Braque and the Cubist Still Life, 1928-1945, currently on view at the The Phillips Collection, is a  reflection of the changes happening in society in its modern period, with Braque positioned at the forefront; an in-depth look at the years leading up to and through World War II, and the artist’s simultaneous reactions. 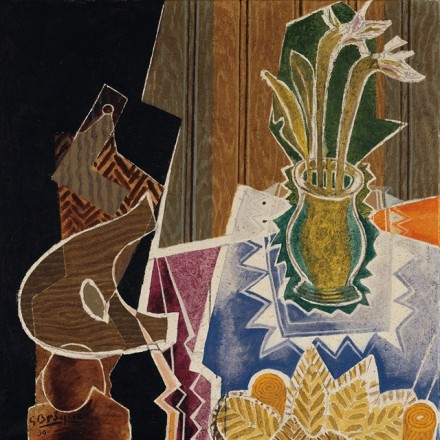 In the 1920’s, Duncan Phillips helped introduce Braque’s paintings to a wider American audience, and now, Braque has returned to the public eye through The Phillips Collection, offering a new look at the painter’s work nearly 100 years after he arrived in the United States.  The show wastes no time, examining Braque’s signature techniques as applied to the form of the still-life.  The exhibition also brings together the Braque paintings known as the Rosenberg Quartet (1928-29) for the first time in 80 years. 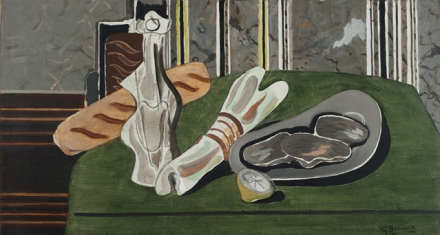 “It is not enough to make people see the object you paint. You must also make them touch it.”  It was this tactile understanding of the subject that Braque embraced in his still life works, using the brush as a tool to turn the landscape over, to explore the various intricacies and perceptual folds inherent in a three-dimensional space.  His techniques, moving outside of a singular perspective, helped to pioneer the Modernist traditions of painting, viewing the canvas as a space to move beyond rigidly formal representation, and into more figurative, explorative work. 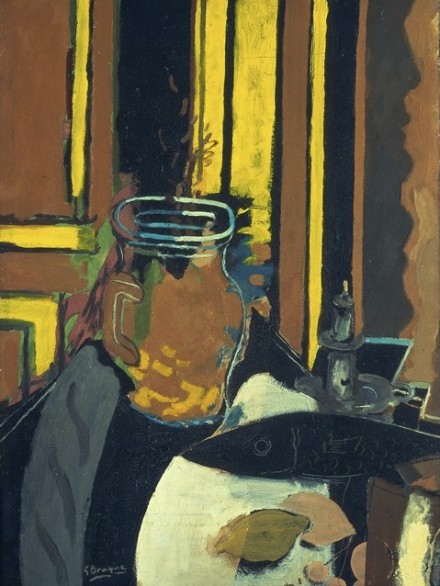 The exhibition makes explicit inquiry into Braques kinetic depictions of motionless objects, imbuing subjects like fruit, music instruments and glassware with a sense of vibrant presence.  His objects do not merely stand in relation through interplays of shadow and light, depth and form, but instead seem locked in a energetic exchange, their impact on the surrounding space operating both as a form itself, and as an impact on the canvas.  Braque distills the act of depiction to a relation of forms, moving his work into a study not only of perception, but of translation, employing his masterful artistic language to set objects into new modes of exchange.

The show is on view until September 1st. 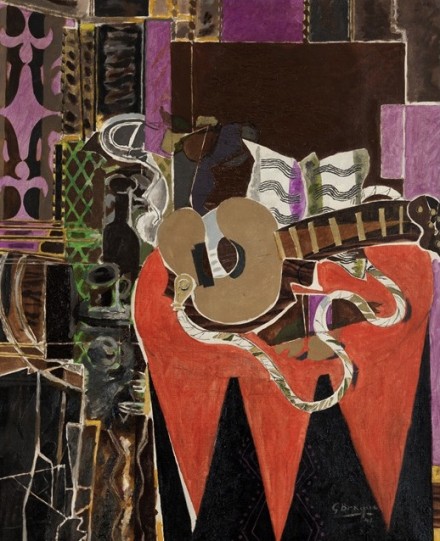 Georges Braque, Mandolin and Score (The Banjo) (1941), via Phillips Collection 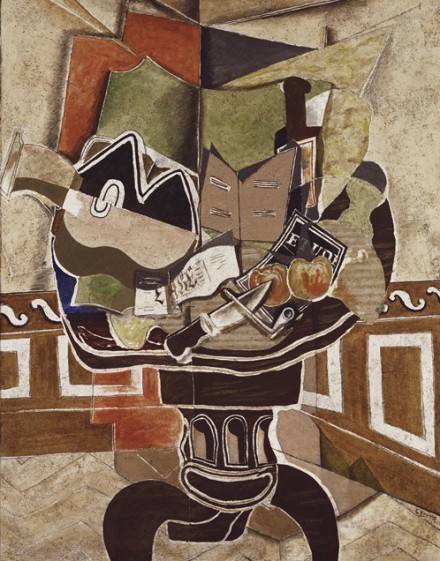 Georges Braque, The Round Table (1929), via Phillips Collection

This entry was posted on Wednesday, August 28th, 2013 at 12:18 am and is filed under Art News. You can follow any responses to this entry through the RSS 2.0 feed. You can leave a response, or trackback from your own site.