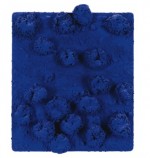 This September, Dominique Lévy will open her new gallery at 909 Madison Street with a performance of artist Yves Klein’s sole sound composition, Monotone-Silence.  Consisting, appropriately, of a single chord played for twenty minutes, followed by twenty minutes of silence, the piece has only been performed once before, for its 1960 premiere. “Yves Klein is such a pillar, and yet he’s not well enough known here.” Lévy said.Read more at The New York Times

This entry was posted on Tuesday, August 6th, 2013 at 6:09 pm and is filed under Art News. You can follow any responses to this entry through the RSS 2.0 feed. You can leave a response, or trackback from your own site.