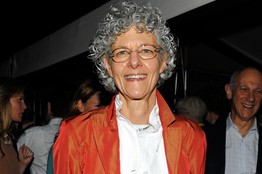 Following the absolution of former Knoedler & Co president Ann Freedman in the ongoing criminal investigation over the sale of over 60 forged artworks, the former Knoedler head is suing dealer Marco Grassi for defamation.  Freedman, in her lawsuit, cites over 20 sources claiming she performed due diligence on the origins of the work, and that Grassi overstepped his grounds in recent comments to the New Yorker.  “A gallery person has an absolute responsibility to do due diligence, and I don’t think she did it. The story of the paintings is so totally kooky. I mean, really. It was a great story and she just said, ‘this is great.'”  Grassi said in the aforementioned interview.

This entry was posted on Friday, September 13th, 2013 at 6:42 pm and is filed under Art News. You can follow any responses to this entry through the RSS 2.0 feed. You can leave a response, or trackback from your own site.