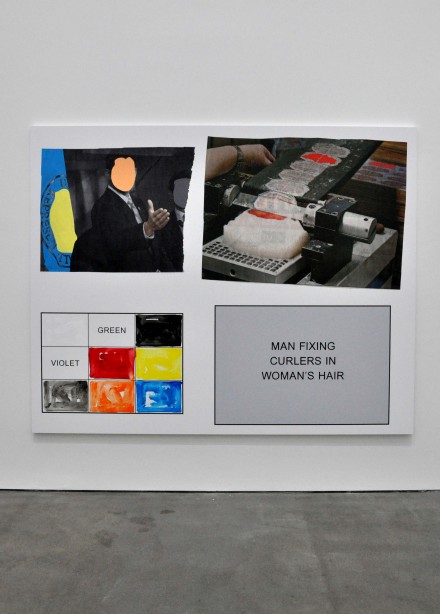 On view at Sprüth Magers Berlin is a solo exhibition of new works by L.A.-based John Baldessari: large-format storyboard canvases he created in 2013. 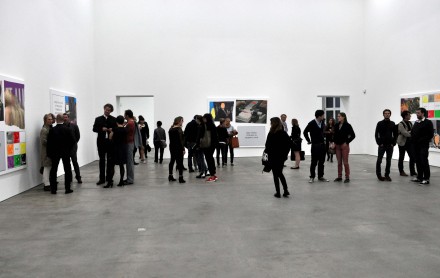 The opening for John Baldessari’s Storyboard (in 4 Parts)
Born in 1931 in National City, California, Baldessari currently lives and works in Santa Monica, and has participated in dozens of major gallery and museum exhibitions throughout his long career, including the 47th and 53rd Venice Biennale, the Whitney Biennial in 1983, and documenta V and VII in 1972 and 1982. Baldessari’s career was also recently celebrated with a major retrospective entitled Pure Beauty, which lasted nearly two years, starting in 2009 at the Tate Modern in London before traveling to the MACBA, Barcelona; the LACMA, L.A.; and the Metropolitan Museum of Art, New York. 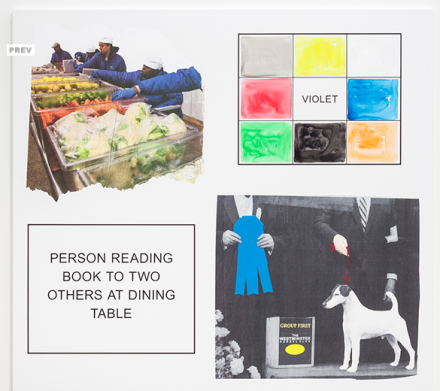 Baldessari’s influence on contemporary art is undeniable, specifically Concept Art, and Appropriation Art. He is known, for example, to have influenced artists such as David Salle, Jack Goldstein, Cindy Sherman, and Barbara Kruger. He has often said that his own major influence is the French Nouvelle Vague filmmaker Jean-Luc Godard, rather than Andy Warhol or Jasper Johns. The works in this exhibition, fittingly enough, take this influence as a starting point of sorts, representing a potential film project (not intended to be actualized) – one which mirrors the loose style and free-roving deconstruction of Godard. 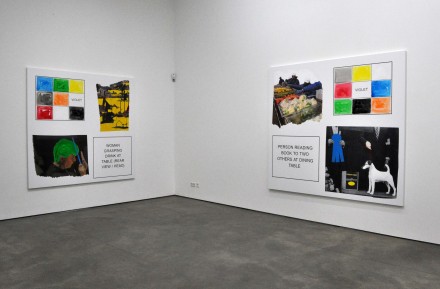 The storyboards exhibit a feeling of poetry, intellectualism, and a rebellious lack of respect for convention and tradition, each measuring up to 2.6 meters high, and printed with an inkjet printer before being painted over with acrylic. Baldessari uses these images to refer to his own past works, particularly his collages of film stills, or his works in which there is no painted image but instead text describing what should be within the frame. 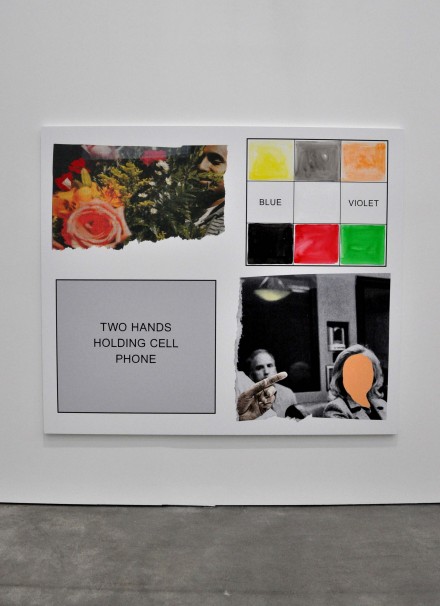 In some works, Baldessari has intentionally left pieces of tape with newspaper images attached to the surface, as if to reveal the brainstorming process that precedes the making of a film. After working for years tightly within the bounds of conceptual art, Baldessari’s work here signals a return to the painted image, much in the way that he explored the ideas of identity and form through his painted dots over the faces of his subjects in his early career.  Although his process has returned to more traditional means of expression, his concepts remain original, and continue to challenge norms within the space of the canvas. These works, for example, challenge the audience to imagine a film for themselves, serving as starting points to spark a viewer-driven creative experience. 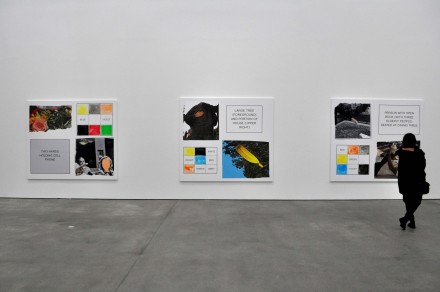 Baldessari has combined a wide array of seemingly unconnected images and invites the viewer to invent his or her own meaning or sequence. Calling the canvases “storyboards,” yet providing few motifs that join them reveals the tendency of the human mind to create meaning from even the most subtle patterns and connections between two (or three, or even more) images laid side by side.

Storyboard (in 4 Parts) will remain on view at Sprüth Magers in Berlin through November 2nd 2013. 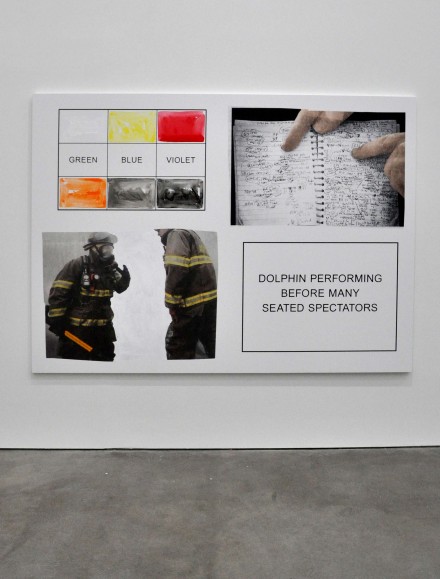 This entry was posted on Saturday, September 21st, 2013 at 12:00 am and is filed under Art News. You can follow any responses to this entry through the RSS 2.0 feed. You can leave a response, or trackback from your own site.