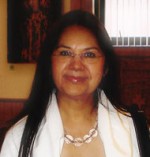 After months of investigation and court proceedings, Long Island dealer Glafira Rosales has plead guilty to the sale of over $30 million in fake artworks attributed to Rothko, Pollock, and others. Rosales also plead guilty to charges of fraud, money laundering, and tax evasion in a New York courtroom Monday.  “I agreed with others to sell works of art claimed to be created by various expressionist artists including Mark Rothko, Jackson Pollock and Robert Motherwell, and to make false representations as to the authenticity and provenance of those works,” Rosales said. “These works of art were actually fakes created by an individual residing in Queens.”

This entry was posted on Tuesday, September 17th, 2013 at 12:46 pm and is filed under Art News. You can follow any responses to this entry through the RSS 2.0 feed. You can leave a response, or trackback from your own site.