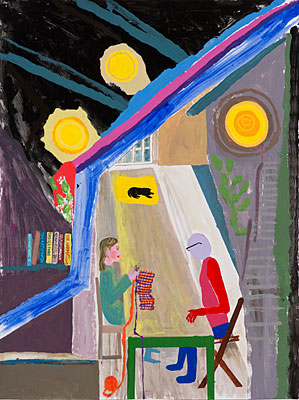 Chris Johanson, Being in My Life (2013), Courtesy of MOCA Pacific Design Center

In keeping with Los Angeles-based artist Chris Johanson’s aim to create “peaceful” art, Within The River of Time is my Mind presents a serene body of new painting, sculpture, and found wood, site-specific installation at is on display at MOCA‘s Pacific Design Center through October 13th.  The solo exhibition, organized by art critic and guest curator Andrew Berardini, corresponds with the release of Chris Johanson, the most recent monograph in Phaidon’s celebrated Contemporary Artist series. 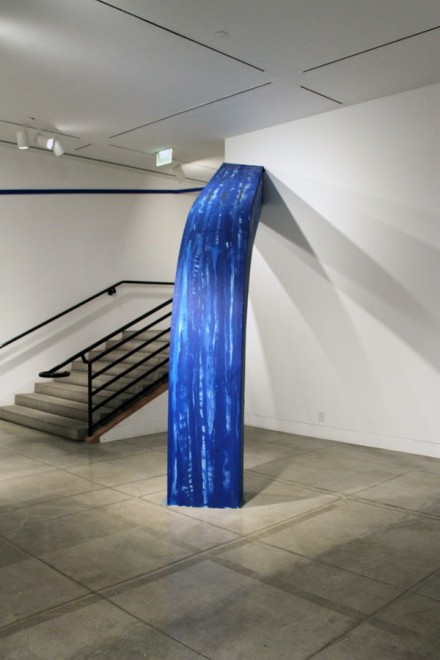 Chris Johanson, Within the River of Time is my Mind (Installation View), Courtesy of MOCA Pacific Design Center

Johanson’s talents and interests are far reaching, branching out from his art work to include event production and community engagement.  The artist recently hosted another edition the Quiet Music Festival in Portland, which he founded in 2011, and is currently designing a fountain for the Standard Hotel in New York City, in collaboration with his wife. 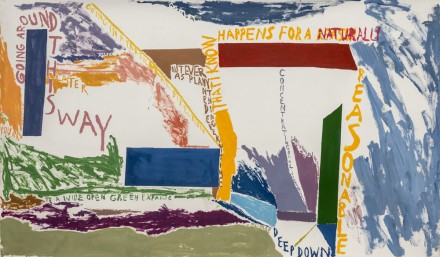 The vibrant array of colors, and prevailing optimism of the show itself, even in the face of complex questions of life and death, are indicative of the artist’s California background, a fact that the artist regularly admits. Even so, Johanson reported to the Los Angeles Times: “It was a slow process of becoming more positive from being a negative person. It was very conscious. I came to the decision by paying attention to my life and the natural rhythms of life I saw around me. There are schools of life around you every day.”  Accordingly, even the larger-scaled, complexly created pieces have an innocent feel to them, despite their abstractly drawn and painted figures willing engagement in a philosophical dialogue. The viewer is transported to a world that is synonymously familiar and challenging. 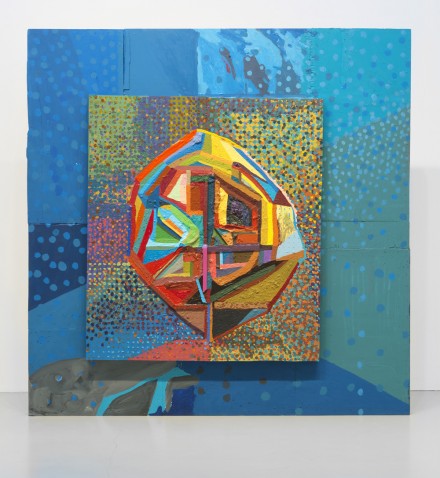 While occasionally drifting into more vigorous, energetic work. Johanson never strays from soft hues and a pared-down demarcation of space and tone.  Even his more vividly painted works have a certain effortlessness to them, as if the artist was consciously experimenting with chance as he worked. 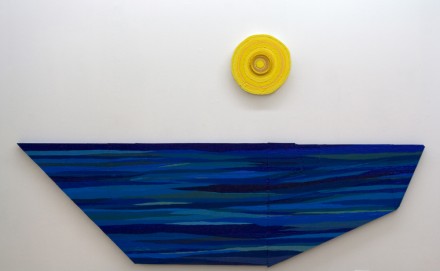 As a compliment to the exhibition, MOCA has also released a soothing short film about the artist and the show. In the dreamlike film, we see the artist walking through a desert where the sun sets and rises ceaselessly. Much of the film pays homage to Johanson’s wife, artist Johanna Jackson. In reference to their relationship, Johanson muses, “art made with love is better for me than art made with hate.” 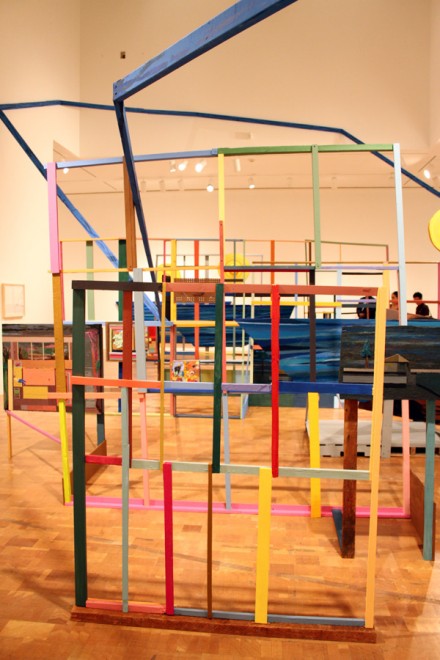 Chris Johanson, Within the River of Time is my Mind (Installation View), Courtesy of MOCA Pacific Design Center 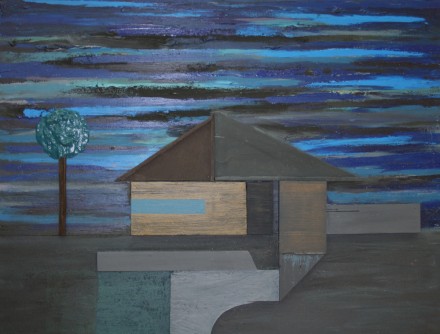 This entry was posted on Friday, September 20th, 2013 at 12:00 am and is filed under Art News. You can follow any responses to this entry through the RSS 2.0 feed. Both comments and pings are currently closed.