New York – Carol Bove: “Equinox” at MoMA Through January 20th, 2014, and “Caterpillar” at the Highline Railyards 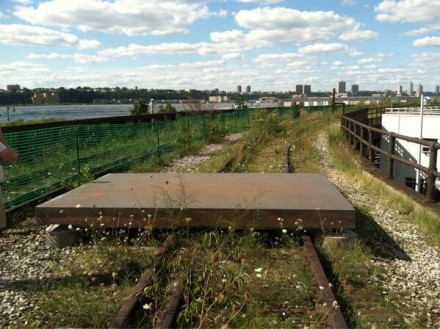 There’s a certain intangible spiritualism to the work of Carol Bove, located somewhere between the phenomenological minimalism of Donald Judd, and a more abstract, natural focus on the intersections of urban and rural ecologies.  Divine symbolism intersects with locational meditations, found objects with architectural forms, and rigid industrial materials with looping, whimsical forms.  Fitting then, that the artist would present a pair of shows, both including seven new works, one at the Museum of Modern Art, and one at The Highline Railyards, where construction is currently underway to convert the last untrammeled part of the elevated railway into park space.  Both created specially for their respective spaces of exhibition, the pair of exhibitions currently on view feel like two parts of a potent whole. 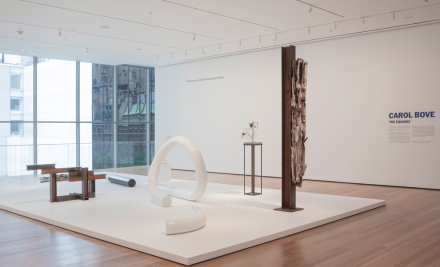 Currently accessible only by private tour (and sold out through late September) at the Highline’s last undeveloped segment, Caterpillar is the more immersive of the installations, a series of works created with the unique nature of the space in mind.  Works seem to spring from the rusting rails and bushes growing on the long-neglected space, while other pieces take specific inspiration from the pristine views around them.  A particular highlight is the sparse minimalism of Monel a massive iron block laid over the rails.  Playing equally with the flowing plane of the Hudson just beyond it, and the parallel rails it sits on, the piece is equally in tune with the developments springing around it, bearing resemblance to a cement foundation.  Perfectly in harmony with the diverse forces and geometries around it, the work brings the multifarious forces that have placed it there into focus, offering a moment of pause on the act of redevelopment and reconstruction. 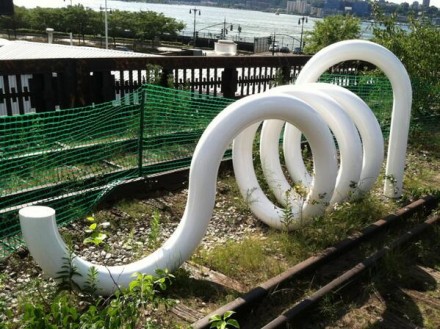 In another part of the rail yard, Bove has installed a piece strongly reminiscent of the sculpted cube-works of Sol LeWitt, incorporating architectural models into a free-flowing dialogue with the park around it.  Springing up between the tracks, the piece draws direct reference from the new condominiums and glass walled towers going up around it, mirroring the transition towards new, illusively delicate structures at the former industrial site. 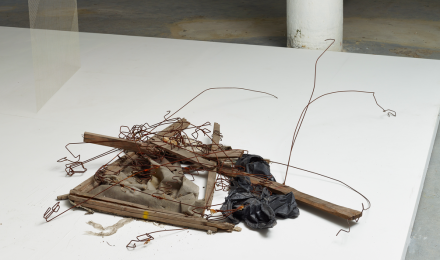 A similar work appears at MoMA’s show Equinox, as do several similar incarnations of Bove’s looping, polished steel works.  Intriguingly, Bove also includes a work of driftwood and wire, harvested from a Northern California beach, but which would look equally at home strewn among the rubble and litter on the abandoned tracks of the Highline.  Making reference to the biannual moment of celestial balance, Bove’s works here are balanced between the natural and inorganic.  In one piece, Bove balances peacock feathers against meticulously welded geometric forms, and in another, rusted iron is used to mount hulking chunks of cast off wood. 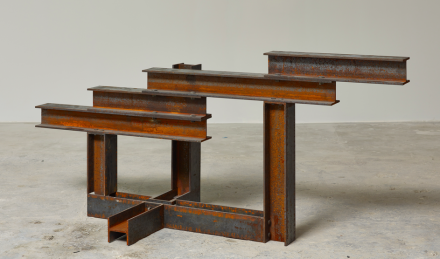 It’s this notion of balance that ultimately connects these two installations, and makes them seem as an intentional counterpoint.  Attentively aligned as two disparate environments to view a similar vocabulary of sculptural objects and themes, Bove borrows liberally from both the relatively sterile spaces of the museum exhibition and the rugged intersections of urban ecologies to explore the constant interplays at work between interior and exterior, man and nature.  Whether this dichotomy is ultimately a positive or negative is left to the viewer. 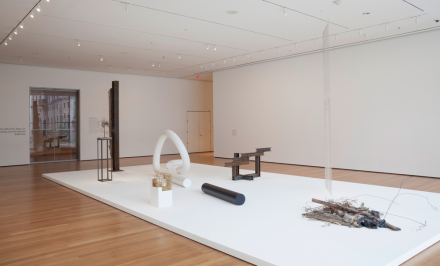 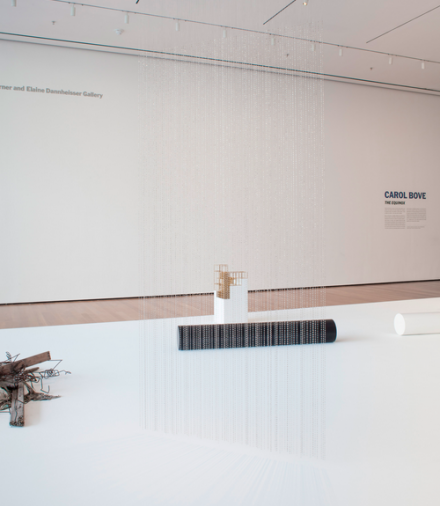 This entry was posted on Monday, September 2nd, 2013 at 12:00 am and is filed under Art News. You can follow any responses to this entry through the RSS 2.0 feed. You can leave a response, or trackback from your own site.