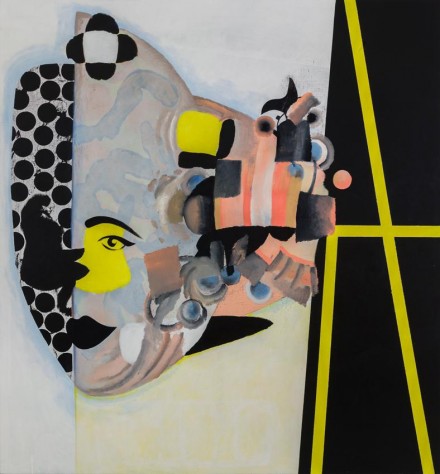 On view at the Friedrich Petzel Gallery is an exhibition of new works by German abstract painter Charline von Heyl, marking her seventh solo exhibition at the gallery, and a continuation of her intricately layered practices on canvas. 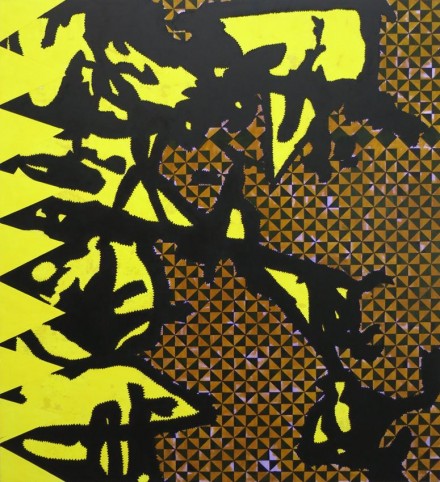 Taking a studied approach to layering and color choice, von Heyl’s paintings here are “composed inventions” of a sort – abstractions that stand alone as a stream of von Heyl’s consciousness, rather than intentionally abstracted objects that have existed before in a different form.  The paintings are not representations, but instead original representations of von Heyl’s own emotion, translated into some sense of tangible form that emphasizes the distinctions between image and object as the the boundary between the two. 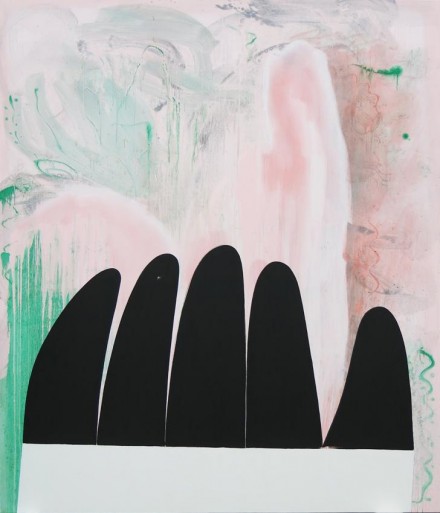 In each of the works on view, von Heyl plays with illusion, gesture, glance, and symbolism to reposition the work in her own original contexts. Space is not outlined or consistent, which allows her to recreate her own worlds within the bounds of the frame.  Seeming instability, caused by a lack of conventional composition, is held up only by the viewer’s trust in von Heyl’s universe.  She thrives on contradictions, incongruities, confusions, and enigma, while drawing inspiration from a variety of sources, from comic books to the works of Abstract Expressionist masters, and she views each new work as an improvisation. 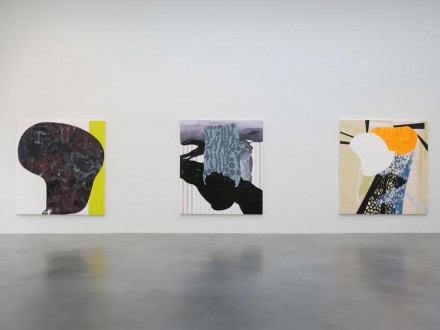 Perhaps the most notable aspect of von Heyl’s work on view is the graphic emphasis on form, allowing large spaces of color, and vividly traced lines to form easily grasped figures, abstract images that still remain somewhat moored in the realities of the everyday.  For instance, the large-paw of Night Doctor holds a certain ominous reference to the hand itself, creeping across a pale background in a chilling, savage depiction. 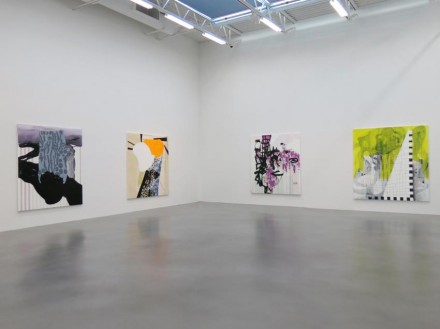 Born in 1960 in Germany, von Heyl currently lives and works in Marfa, Texas with her husband, painter Christopher Wool. Previously she lived in New York, where she sometimes returns for longer periods, but typically spends each winter in Texas. She has long been respected in the art world, but now she is gaining recognition from the public realm. She has exhibited works at the Institute of Contemporary Art, Boston, at 1301PE in Los Angeles, and on numerous other occasions at Friedrich Petzel in New York.

The show currently on view will continue at through October 5, 2013. 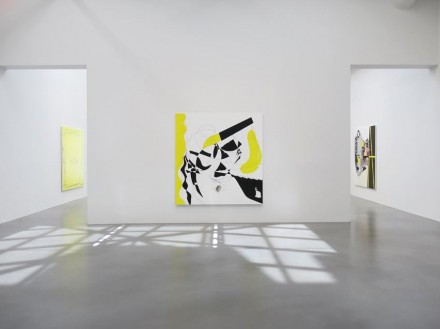 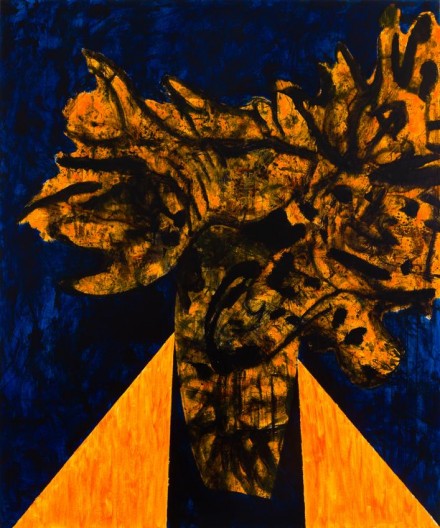 This entry was posted on Sunday, September 22nd, 2013 at 12:00 am and is filed under Art News. You can follow any responses to this entry through the RSS 2.0 feed. You can leave a response, or trackback from your own site.