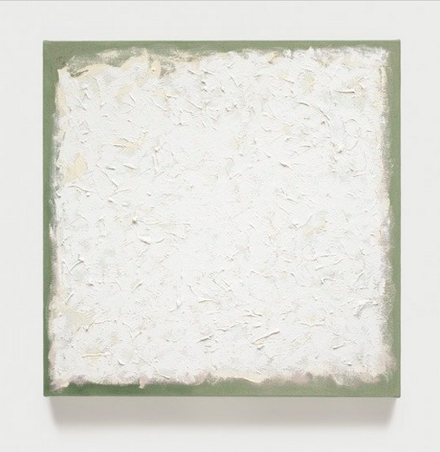 The work of American artist Robert Ryman (b. 1930, Nashville, Tennessee), is at once rigorous and experimental, playing with the possibilities of material, scale, brushstroke, and installation itself.  He is most commonly identified with the movements of monochrome painting, minimalism, and conceptual art, and frequently explores the classical distinctions between sculpture and painting, as well as concerns with themes of perception, context, and enforced limitations.  Since the 1950s, Ryman has focused on the conceptual nature of his work, exploring the varieties found in primarily white paint on square surfaces. Preferring to be known as a “realist” rather than a minimalist, his work presents compositions at face value, prompting an examination of the optical and material properties of the painting discipline. 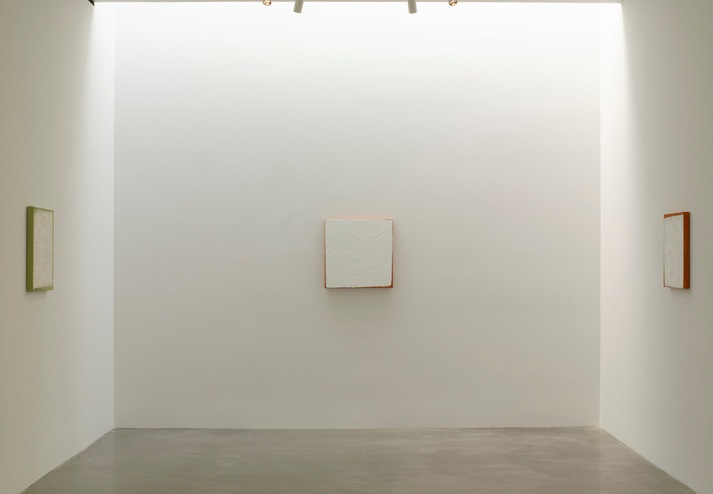 Ryman attended the Tennessee Polytechnic Institute and the George Peabody College for Teachers in Nashville, Tennessee, and moved to New York City to play jazz after serving in the United States Army between 1950-1952. In 1953 he took a temporary job as a guard at The Museum of Modern Art, and soon after decided to devote his career to painting. Since his first solo exhibition in 1967, Ryman’s work has been the subject of more than 100 solo exhibitions in over 12 counties.  The artist’s work could easily be referred to as an ongoing experiment in painting. Constantly modifying his approach, each experiment resists the same reliance on a given form or style. 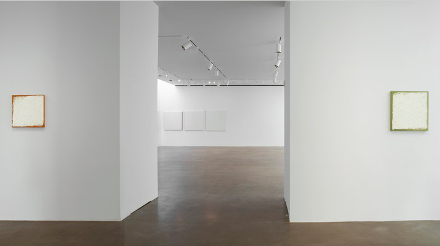 Recent Paintings, currently on display at the Pace Gallery, is Ryman’s eleventh exhibition at the gallery, and features No Title Required 3 (2010) – a ten panel painting, made with enamel and acrylic on eight birch plywood panels and two board panels, each varying in size, while maintaining uniform depth.  Referring to the first No Title Required, exhibited in 2007, Ryman has remarked that his sensibility is one which focuses on possibility. “I like to know how it works and I like to know how things go together. It’s a visual experience…I have to see how it’s developing, what can come from it,” he stated. 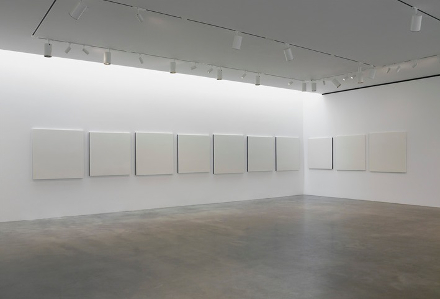 The No Title Required series is one of Ryman’s largest multi panel works, continuing his investigations into the relationship between non-identical panels, and presenting a further investigation into the relationship between panels. Subtly shifting layers of high-gloss enamel white along the picture plane are framed by blue paint, that extends out and around the support.  Creating bizarre conflations of perception as the viewer moves along the work, Ryman’s pieces are subtle inquiries into ideas of continuation and space, creating tacit links between works that are almost completely devoid of any mark. 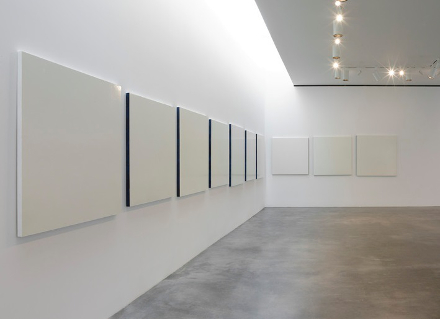 Alongside this work, Ryman also exhibits a series of experiments in texture and composition, using white paint as a study in the intersection of materials, and their respective abilities to define the space of the work, calling into question the idea of the painting as a flat panel. 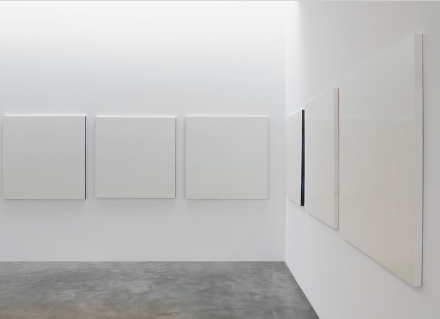 Ryman’s works have received attention since the mid-1960s, and have been the subject of recent exhibitions at Dia: Beacon in New York (2010), and The Phillips Collection in Washington, D.C. (2010).  Major retrospectives of Ryman’s work have also been organized by the Tate Gallery, London, and The Museum of Modern Art, New York (1993-94). He lives and works in New York City.

Recent Paintings will be on display at the Pace Gallery in New York from September 12 through October 26, 2013 at 508 West 25th Street.

This entry was posted on Sunday, September 29th, 2013 at 12:00 am and is filed under Art News. You can follow any responses to this entry through the RSS 2.0 feed. You can leave a response, or trackback from your own site.