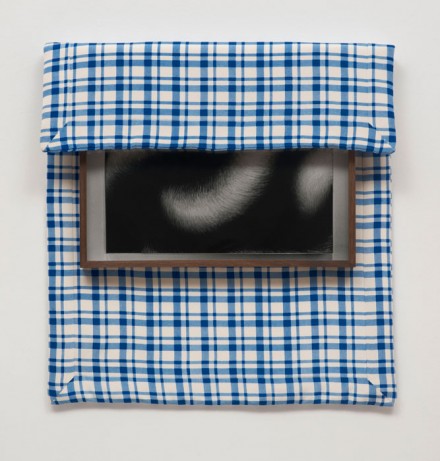 “What is the philosophical location of a picture?” asks the press release for Elad Lassry’s current show at 303 Gallery.  It’s a question that Lassry has posed for several years now, using appropriated and self-made photographs, colored frames and sculptural materials to recreate the 2-Dimensional image in a broader dialogue with its surroundings.  Complicating the assemblage of the photograph, Lassry boils it down to its raw elements, placing the viewer in a new awareness of the photograph itself as a physical object. 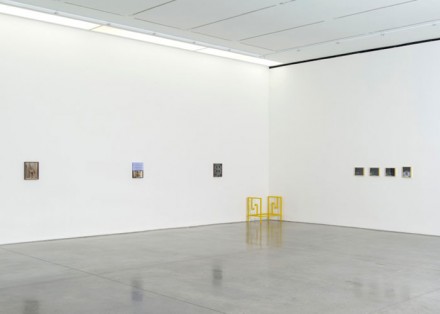 Throughout the show, Lassry’s work plays games with the image, covering parts of the frame and image, or deleting parts of the image to display only the photo-paper’s colored background.  Showing a relative ambivalence towards the human form, the artist instead emphasizes geometries and form.  Objects and forms cross over the picture plane, or complement it, challenging the primacy of the “original” image contained within the frame. 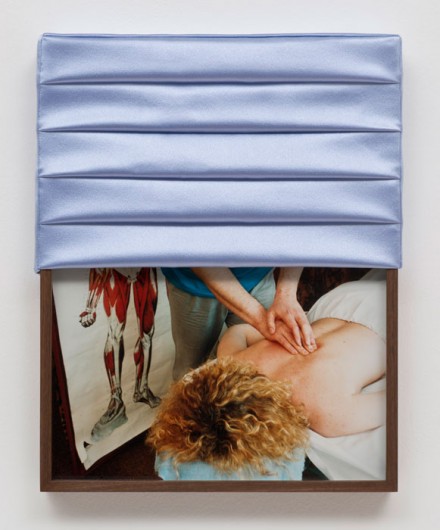 In some works, Lassry not only obscures the shot itself, but actually alters the original photograph’s composition, blacking out segments or cutting off pieces.  In one work, he actually cuts out a major portion of the photograph, then covers over the section with external material.  Peering around the obfuscation to only see black space, the viewer is now challenged as to the priority of the image or its environment in the exhibition process; a classic “chicken or the egg” dialectic. 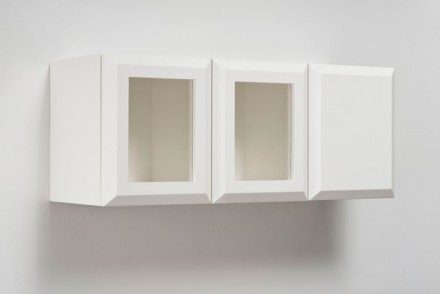 It’s just this sort of compositional snafu that Lassry seems happy to continue exploiting throughout the set of pieces on view.  The interruption of the image by Lassry’s various edits or physical intrusions creates a new, layered map of the photograph.  The focus on particular portions of the image are aggressively underscored, while other areas are forced into competition for attention, and occasionally, both states are accomplished at the same time.  Breaking the signifiers of the framed photograph themselves, Lassry returns the viewer to a state of curious looking, removed from the various implications of a photographed work.

The show also features a few of Lassry’s more traditionally sculptural works, including a sparsely designed yellow bed, and a series of three adjacent white cubes, which play on aesthetics of domesticity  while Lassry simultaneously uses them to set up peculiar internal dialogues on form and presentation, use and perception. 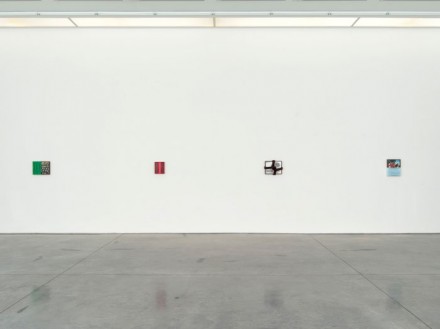 Using the assemblage as a method to subvert the dominance of any single image in the viewing of art, Lassry manages to short circuit the visitor’s assumptions towards a show of photographs, asking not only the location for a picture or image, but where the viewer’s priorities lie.  His show is on view until October 26th. 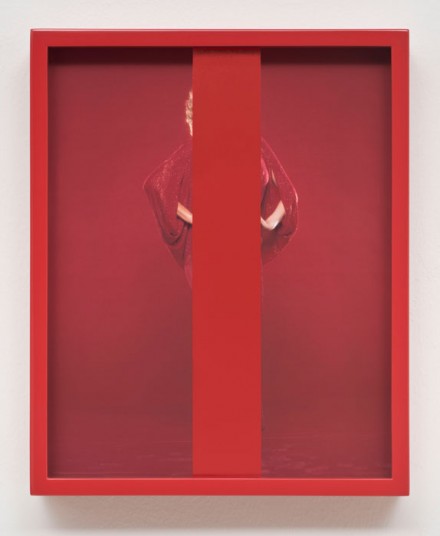 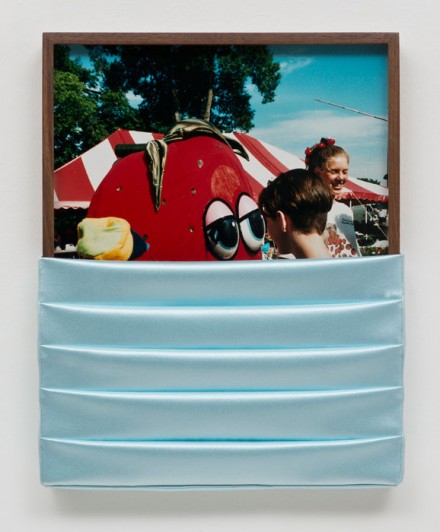 This entry was posted on Tuesday, October 1st, 2013 at 12:00 am and is filed under Art News. You can follow any responses to this entry through the RSS 2.0 feed. You can leave a response, or trackback from your own site.