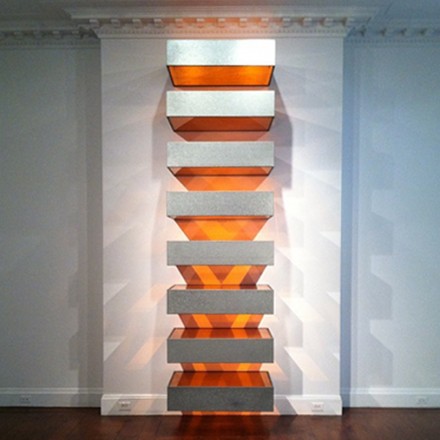 Currently on view at Mnuchin Gallery’s uptown location is a two-floor exhibition focusing exclusively on the stack sculptures of the late Donald Judd, one of the defining voices of New York minimalism in the 1970’s and beyond. 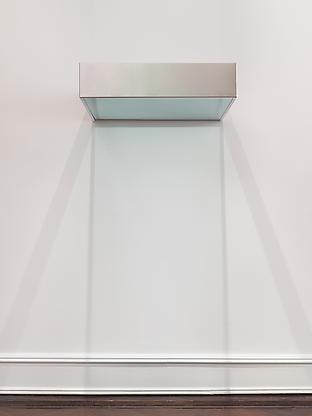 Compiling 10 of Judd’s stacks from across his career, Stacks welcomes a close look at one of the artist’s signature forms.  Consisting of a series of cantilevered wall hangings, lined up in a long vertical array, the works fragment passing light, breaking the space around the work into multi-layered compositions of light and shadow, occasionally dying the surrounding space a delicate hue. 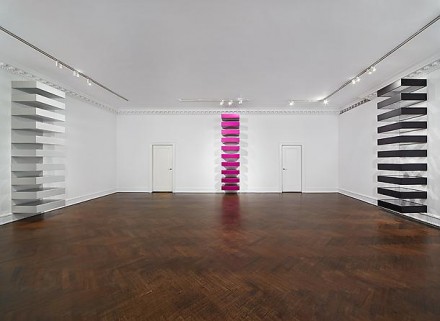 For all of the intellectual rigorousness and exacting techniques so often attributed to Judd’s work, it’s easy to forget just how elegantly beautiful his work can appear in the right lighting.  So often displayed in overly bright museum contexts, the complex, layered interplay of light and shadow often disappears from view, and it seems that Mnuchin took this to heart when planning the exhibition.  Carefully placed spotlights fall on each stack, creating interlaced wings of shadow pouring out from the sides of the works.  In others, a close look reveals a variation of blocky shadows playing out over the tops of the carefully finished elements.  Lines of light and shadow move from wall to stack and vice versa, fully realizing Judd’s theoretical concerns with the placement of work. 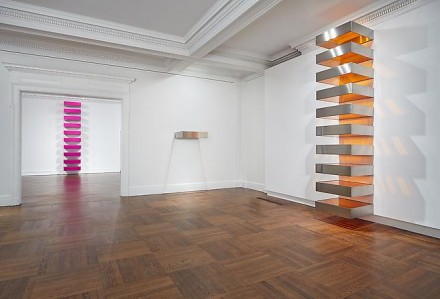 With the form established, Mnuchin’s selection of stacks welcomes a compelling look at the variations of material, spacing and affects in each of Judd’s work.  Changing each element slightly throughout the course of the show (transparent glass, colored surfaces and metal finishes fluctuate between each piece), Judd’s works point to the agency of each material element, dramatically altering the environmental forces at play.  Each work becomes a new entry in an ongoing investigation, the interdependence of light with vision, and the tangible impact caused on this relationship by the medium itself. 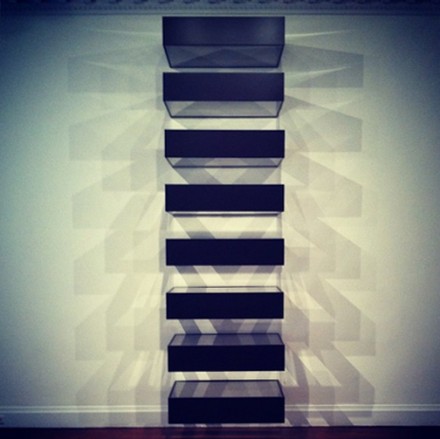 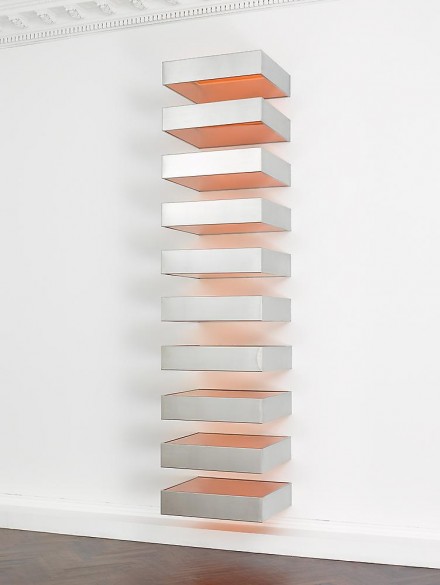 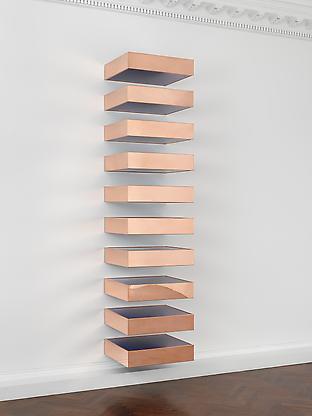 This entry was posted on Wednesday, November 20th, 2013 at 12:00 am and is filed under Art News. You can follow any responses to this entry through the RSS 2.0 feed. You can leave a response, or trackback from your own site.