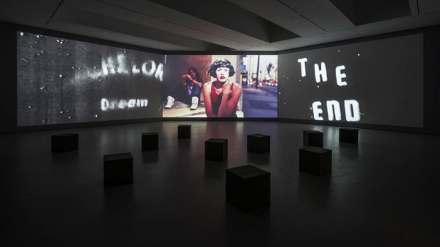 One of the most influential photographers working today, Philip-Lorca diCorcia is known for creating images which blur the line between documentary photography and theatrically-staged scenes. Hustlers, on display now through November 2 at the David Zwirner Gallery in New York, presents photographs diCorcia made between 1990 and 1992, during the beginning of his engagement with street photography. For a fee roughly equivalent to what they would receive for sexual services, DiCorcia’s photographs feature the male prostitutes he approached in Los Angeles. 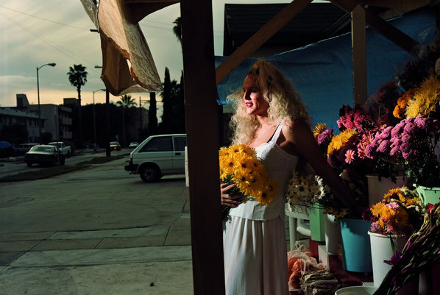 Presented as DiCorcia’s first solo museum exhibition, these photographs were first displayed in 1993 at The Museum of Modern Art, New York in a show entitled, Strangers – and were later accompanied by a museum publication.  Two decades later, the exhibition at David Zwirner presents the series in its entirety, including twelve works shown for the first time, accompanied by a selection of about 80 photographs published in a book by Steidldangin.

DiCorcia began his project by shooting men exclusively in motel rooms, but eventually moved his project onto the street, staging his scenes with a 6-by-9 Linhof view camera. Though many of the scenes appear to be spontaneous, they are always more directed than a typical street photograph. Shooting his portraits like film stills with open-eneded narratives, DiCorcia utilizes lights and what he calls “dramatizing elements” – the subject’s presence meeting the circumstances of the shot somewhere in the middle. Sometimes strangers would wander into the frame, sometimes diCorcia would choose to change the frame once a hustler arrived on set. 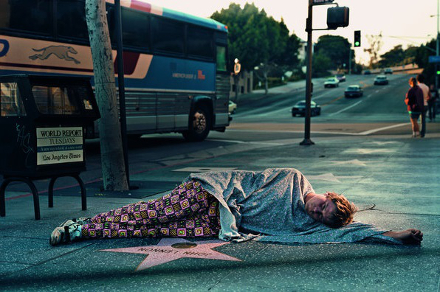 While some photographers spend extensive amounts of time getting to know their subjects, diCorcia feels that a sort of repartee between photographer and subject is unnecessary to make a good photograph, and is ultimately hardly more than an illusion. 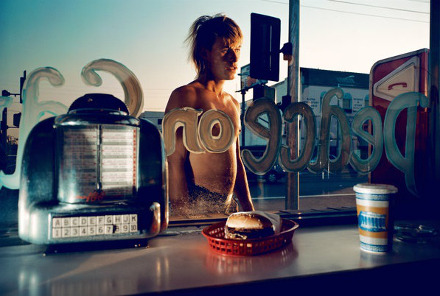 In their original presentation at The Museum of Modern Art, the hustlers photographed were identified only by their name, age, place of birth, and payment received. The photographs themselves seem wonderfully evocative of a narrative just out of reach- the men in the photographs often staring off into the middle distance with a vacuous, thousand-mile stare, or a blank look of detachment beneath a suit of psychological armor.  “You learn a much more subtle lesson by what’s implied than by what’s stated,” Mr. diCorcia said. “I don’t get up close and cuddly with my subjects… I didn’t follow these people home. It’s not a documentary.” 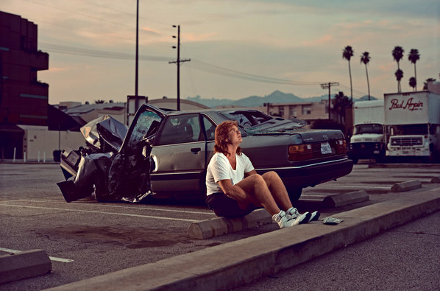 Yet there is something personal in his work. He has spoken about the dusk scenes off of Santa Monica Boulevard as reflecting his own sense of disillusionment of Hollywood, traveling there with the intent of starting a career in cinematography in the 1980s, and in the new edition of Hustlers diCorcia writes, “During that period, 1990-1992, the government officially condemned homosexuality,” he writes, “while AIDS made death commonplace. My brother, Max Pestalozzi diCorcia, died of AIDS on October 18, 1988. How much is too much? My brother was very free. I loved him for it. Freedom has its price, and we never know at the onset what the toll will be. He died unnecessarily. I dedicate this book to him.” 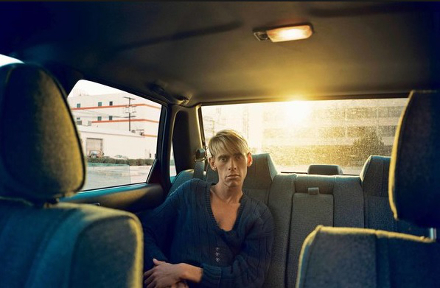 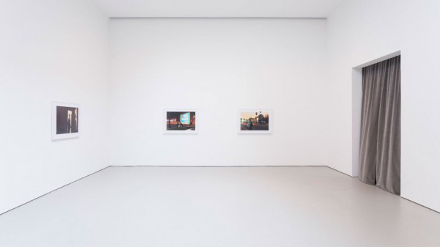 This entry was posted on Saturday, November 2nd, 2013 at 12:00 am and is filed under Art News. You can follow any responses to this entry through the RSS 2.0 feed. You can leave a response, or trackback from your own site.