This weekend marks the seventh edition of Pinta NY, an international art fair dedicated to Latin American, Spanish, and Portuguese art. Founded in 2007, the fair has moved around the city and taken a few different shapes as it has grown into the can’t miss event it is today. This year, the fair is located at 82MERCER, a “downtown loft-style building located in the heart of SoHo,” and is comprised of two floors and features both contemporary and modern art. Additionally, Pinta has revamped its layout by breaking down exhibitions into platforms, organized by theme and period, and hand-picked by a team of internationally recognized curators. For visitors with limited time, this breakdown will help you find exactly what you’re looking for. 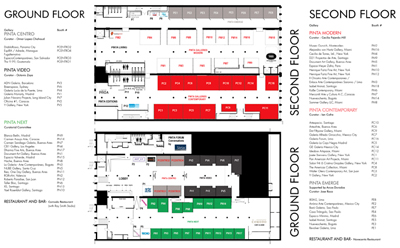 Starting from the entrance and working our way up:

PINTA VIDEO presents a series of new video pieces curated by Octavio Zaya (New York/Boston/Leon). Standouts include “Domino Effect,” a video collaboration by Donna Conlon and Jonathan Harker, a short film following a domino chain of bricks in Panama, and “Jail,” a film consisting of cartoon backdrops digitally scrubbed of their protagonists by Luis Martinat.

PINTA NEXT, a selection of new and emerging artists curated by committee. This platform featured a number of interesting works by young artists, including a photographic installation called “The Power of Photoshop / Automate / Contact Sheet, 2003-2013″ by Gerardo Rojas. This installation, like many of the works at this year’s Pinta, investigated connections between the geographical, historical, and political dimensions of the artist’s hometown, in this case, Caracas. Images were repeated in different sized grids ranging from 2x3s to the practically microscopic. A telescope stood a few meters from the wall, through which visitors could view the photographs of the down on its luck city and its inhabitants. Watching gallery visitors faces as they peered through the contraption, the piece seemed to produce an effect simultaneously cosmic and voyeuristic. 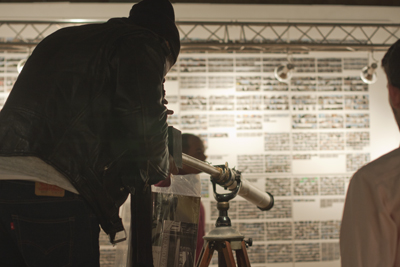 PINTA GALLERIES is one platform divided into two categories–contemporary and modern–though they occupy the same floor.

The Contemporary section, curated by Ian Cofre (New York), features a wide range of work, from sculptural and installation to photography. Expect to find some familiar themes and images: mixed media and collages with faces partially obscured by geometric forms, more maps, shiny metal foil alla Jeff Koons mounted on a wall. Interesting new approaches to the disruption of the photographic image included the work of Pablo Boneu, whose multilayered string prints seemed like a genuinely new take on a familiar aesthetic. 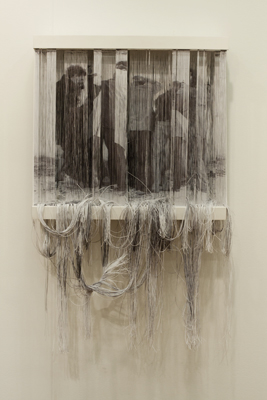 The Modern section of this platform, curated by Cecilia Fajardo-Hill (Los Angeles) includes among many works, a group of mesmerizing kinetic sculptures by Mauel Merida. Also noteworthy were a series of three dimensional paintings by Jorge Eielson that defied easy categorization and whose simple use of saturated acrylic paint and stretches canvas belied a rigorous artistic practice. 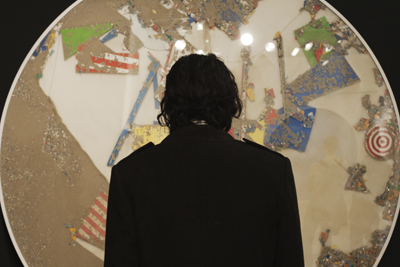 Taken all together, this year’s Pinta NY provides a varied collection of Latin American art, both past and present. The works featured range in disciplines, periods, and of course, price–but there is certainly something for everyone at this eclectic young art fair. The show is open until 8pm tonight; stop by, chat with the artists and gallery-owners, or pick up a catalog. For those unable to attend in person, Pinta has highlights from the fair available online at artsy.

This entry was posted on Monday, November 18th, 2013 at 12:57 am and is filed under Art News. You can follow any responses to this entry through the RSS 2.0 feed. You can leave a response, or trackback from your own site.