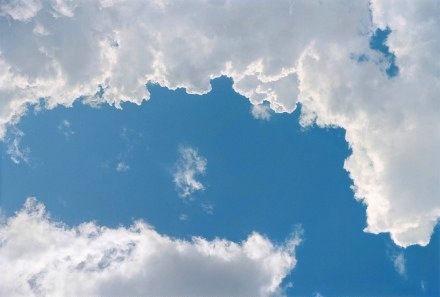 On view at Gagosian in New York is a unique exhibition of works by William Eggleston photographed during a road trip he took from Georgia to Tennessee in 1978. These photos of the sky taken with an early disposable camera are meant to evoke the feeling and aesthetics of classical paintings. 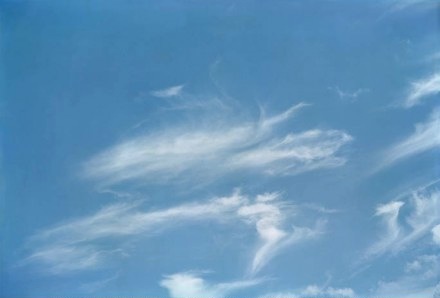 Born in 1939 in Memphis, Tennessee, Eggleston is recognized as “legitimizing” color photography as a high art medium.  Raised in Sumner, Mississippi by non-artist parents, he attended boarding school from the age of 15, and later Vanderbilt University, Delta State College, and the University of Mississippi, but never earned a college degree. During this time he gained an interest in photography, beginning when his friend at Vanderbilt gave him a Leica camera.  Eggleston began working with color photography in 1965, after being inspired by  William Christenberry, but Eggleston’s development as an artist occurred, for the most part, totally independent from other artists. In the later 1960s, color transparency film took most of his attention, and in 1969 he was “discovered” by John Szarkowski of the MoMA in New York, which soon afterward bought one of Eggleston’s photos. In 1973, after reading a price list in a photo lab which advertised dye-transfer printing as the “from the cheapest to the ultimate print,” Eggleston took an interest in this process, resulting in some of his most famous photographs. In 1976, Eggleston exhibited the first color photography display that the MoMA had ever shown. 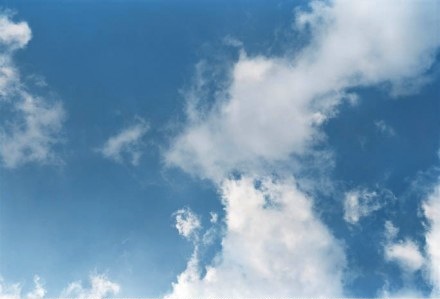 In recent years, Eggleston has printed images on a much larger scale due to advances in digital processes, which enhance an aesthetic that originated with dye-transfer. The fifteen images in this exhibition, titled At Zenith, were taken with an instant camera as he lay on the ground shooting directly up at the sky. The prints were selected from his Wedgwood Blue cloud series, which exclusively portray pieces of pure sky. 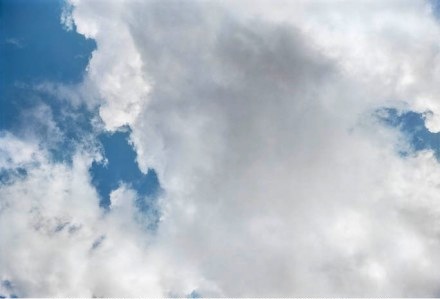 Alongside the exhibition, Steidl has released a new edition of William Eggleston: At Zenith, a full-color book featuring the series. The exhibition at Gagosian Gallery in New York will continue through December 21, 2013.

This entry was posted on Monday, November 18th, 2013 at 12:00 am and is filed under Art News. You can follow any responses to this entry through the RSS 2.0 feed. You can leave a response, or trackback from your own site.