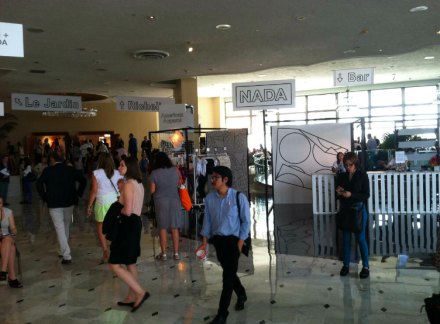 Another year of Art Basel Miami Beach means another year of the New Art Dealers Alliance Fair, which opened its doors yesterday for the first day of its run at the Deauville Hotel in Miami Beach. 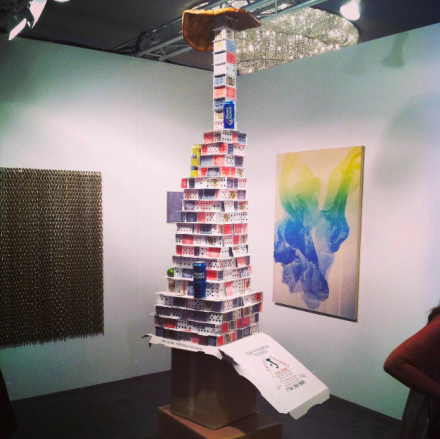 Offering a marked departure from the competitive spending and blue chip name brands of its bigger cousin further south, NADA’s decidedly more congenial atmosphere made for a pleasant, but noticeably harried first day.  The narrow hallways and influx of interested buyers, visitors and press meant booths were often packed, but the immense interest in the fair ultimately yielded strong sales across the board.  “Sales have been strong,” noted dealer James Fuentes, who could be seen continually changing out the art on view in his booth for new pieces every few hours.  “We’ve received a lot of local support from some major collections, and we’ve sold well with all of our artists.” 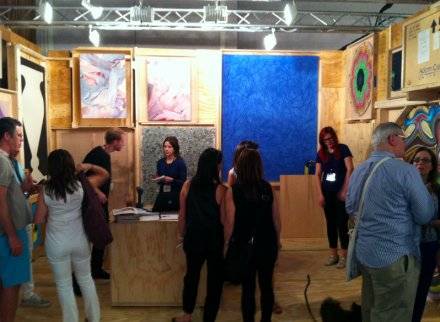 The Hole, via Daniel Creahan for Art Observed

NADA’s emphasis on young artists and emerging talent was immediately apparent.  Artist Korakrit Arunanondchai  was on hand at the fair, and the Still House Group also made an appearance, albeit through a slyly disembodied approach.  The collective’s booth at the fair was occupied by a single copy machine, which continued to spit out flyers for the group’s pop-up show off location in South Beach.  This youthful energy carried throughout the fest, from the hyperkinetic video sculptures of Borna Sammak at JTT to the folding pastel panels of Sean Raspet at Jessica Silverman Gallery. 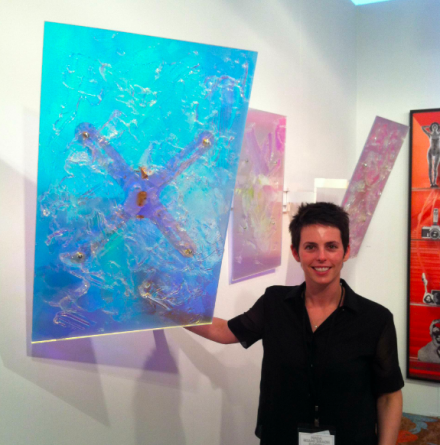 Jessica Silverman with a work by Sean Raspet, via Daniel Creahan for Art Observed 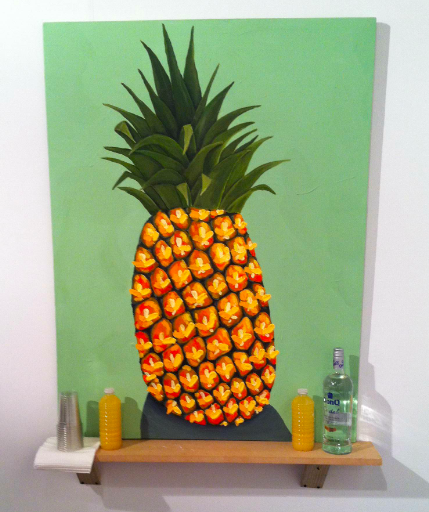 Outside the fair’s convention halls, visitors were able to peruse a series of exclusive, collaborative fashion items from American Apparel and several of the artists showing at the fair.  A new item is on sale each day, with the first day seeing a collaborative handbag designed by Cary Leibowitz.  Adorned with enormous pins bearing the artist’s signature warped wordplay and surreal humor, the piece is a sure eye-catcher, although perhaps a bit confounding for the uninitiated.  A number of other special projects were also on hand.  Artist Devon Dikeou installed a number of donation boxes around the fair, placing them in bizarre spots that made for an interesting critique of the art institution in a venue where the public museum seems somewhat removed.  Rumors also buzzed about Marlborough Chelsea’s secret show in a room on the 14th floor of the hotel, featuring works by Jonah Freeman and Justin Lowe. 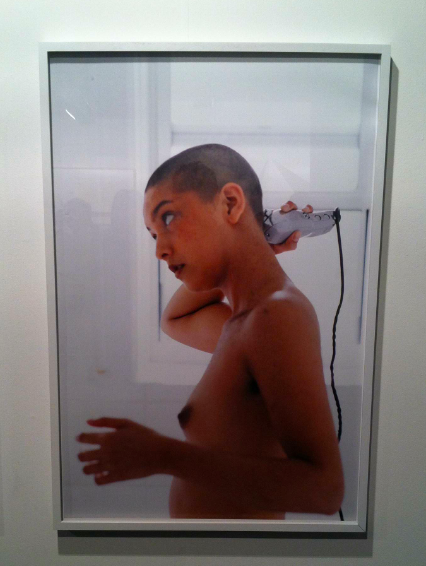 With such a loose, enthusiastic atmosphere, dealers and curators seemed more free to experiment with their selections, bringing forth more cohesive offerings of work, like Kate Hillseth of Los Angeles’s Young Art.  “I wanted something that was vibrant and energetic, that represented what our vision was,”  she said, indicating a triptych of photographs by Asher Penn, which show a young, nude woman shaving her head.  “It’s this very independent, radical gesture, but there’s a certain classical element to the works.”  The Hole was also on hand with its signature flair, showing all of its pieces still in their shipping crates, creating a hectic, raw exhibition space that offered a light play on the essential commerce of the event. Puerto Rican Gallery Roberto Paradise also offered a thematically tight show, showing a selection of brightly colored, vibrant works that emphasized the gallery’s tropical origins. 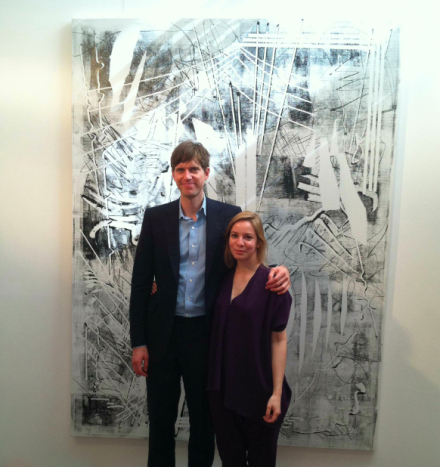 Michael Nevin and Julia Dippelhofer of The Journal with a work by Kika Karadi, via Daniel Creahan for Art Observed

All in all, NADA’s opening day saw a strong statement from the organization, offering what could be read as an alternative to the high-profile giltz of Art Basel’s occasionally sterile environment.  The fair seems to be getting better each year, and while some critics decry the disappearance of the middle market, NADA shows one route for steady growth in size and quality.  “I was here at the first NADA, and this is probably my favorite one so far.”  Fuentes noted. 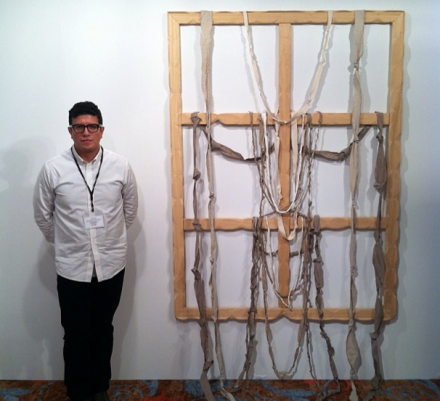 James Fuentes with a work by Daniel Subkoff, via Daniel Creahan for Art Observed 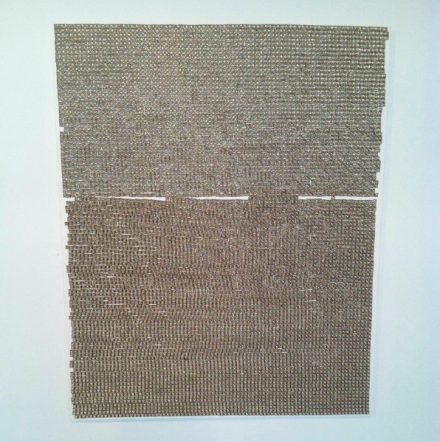 Dan Colen at KARMA, via Daniel Creahan for Art Observed 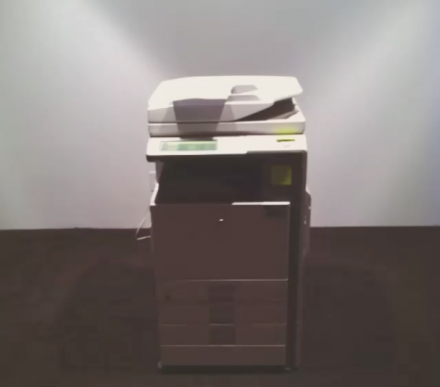 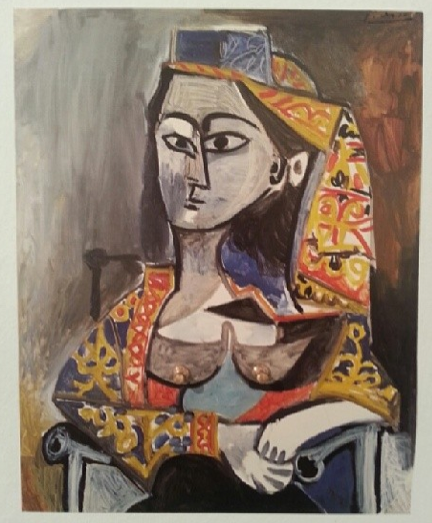 Ken Kagami at Misako and Rosen, via Daniel Creahan for Art Observed 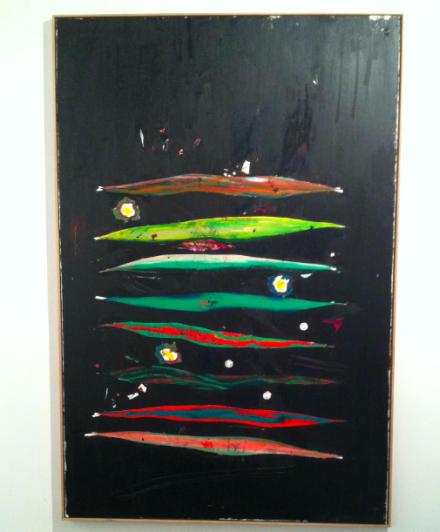 Harold Ancart at Clearing, via Daniel Creahan for Art Observed 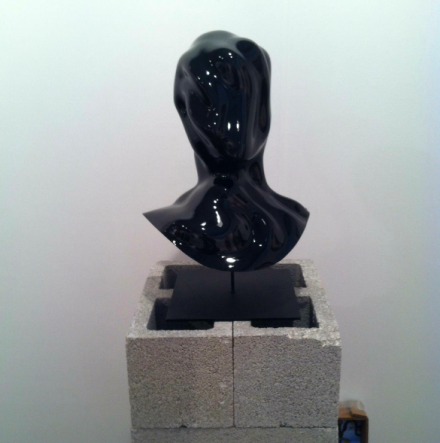 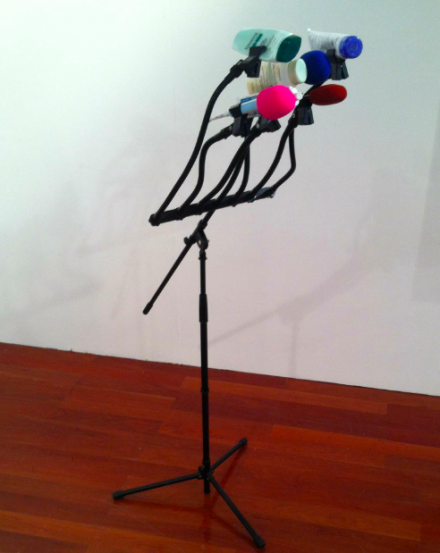 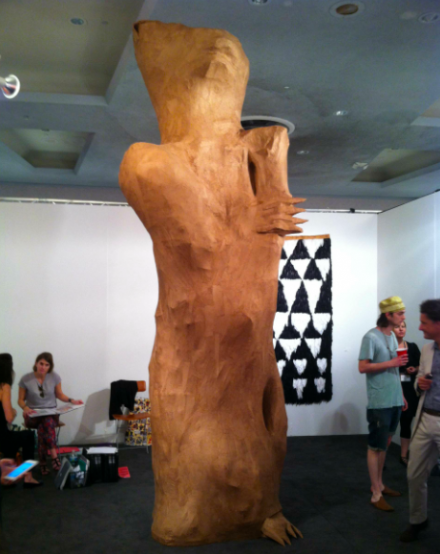 Joanna Malinowska at CANADA, via Daniel Creahan for Art Observed 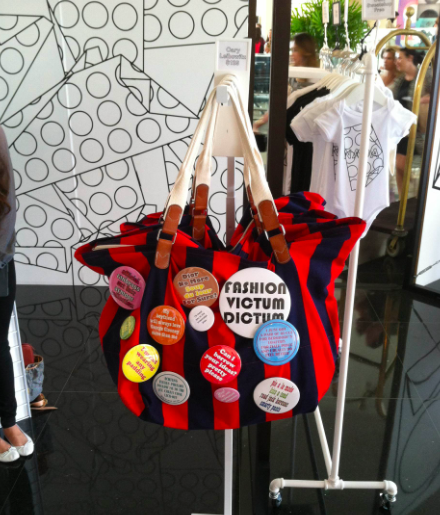 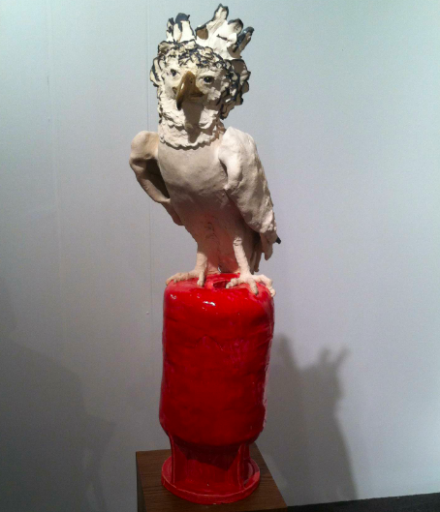 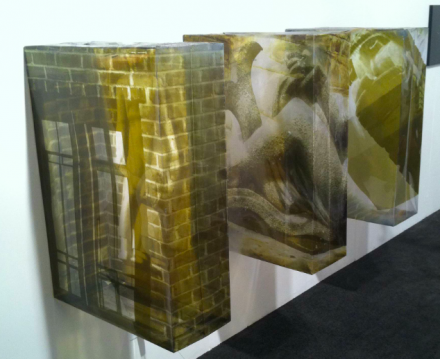 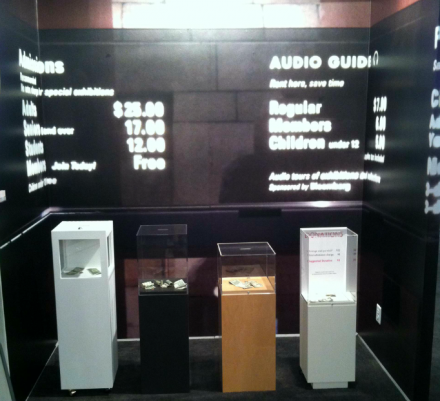 This entry was posted on Friday, December 6th, 2013 at 3:52 pm and is filed under Art News. You can follow any responses to this entry through the RSS 2.0 feed. You can leave a response, or trackback from your own site.