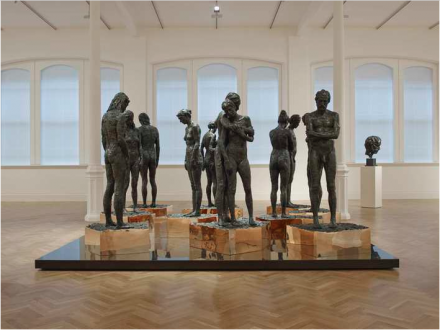 On view at Pace London through mid January is an exhibition highlighting new sculptures by Irish artist Kevin Francis Gray. These realistic, detailed works were crafted from bronze and marble in a traditional manner uncommonly seen in the contemporary art world. Included in the display are five double life-size bronze heads, a group of twelve life-size nude figures cast in bronze, and a life-size sculpture of two white marble figures alluding to the tradition of covering of dead bodies in Judeo-Christian cultures. 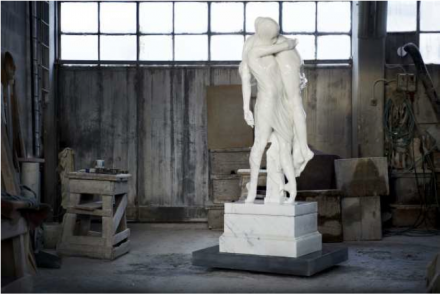 The group of nude figures, entitled Twelve Chambers (2013), allows visitors to walk between the group of sculptures, in a way becoming part of the group of isolated beings. Gray modeled these figures after people he met in the area around his studio in London, whom he brought inside and sculpted from life.  Themes that emerge from the works reflect Gray’s fascination with a feeling of isolation juxtaposed with the reality of being surrounded by others, and the fluctuating comfort and discomfort that results. He also approaches the concept of unrealistic physical perfection, giving new meaning to the conventions of ancient Greek and Roman marble sculpture. 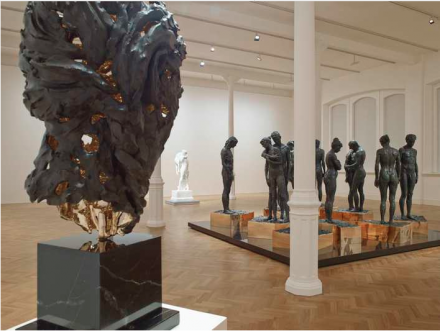 Ballerina and Boy (2013) emphasizes the separation between the individual and the society they are a part of. This is symbolized by a metaphorical veil, allowing people to hide their own reality from others, and personified by an erect, physically “perfect,” even “weightless” ballerina carrying the body of a lifeless boy. The ballerina’s work seems effortless, although the task is evidently extremely heavy and requires much effort to achieve. 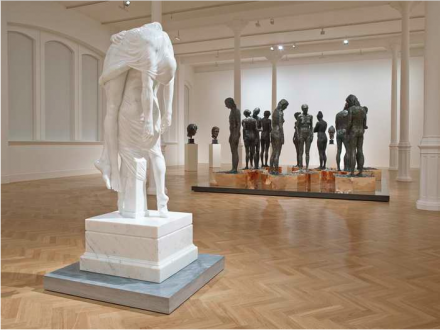 Born in 1972 in Northern Ireland, Kevin Francis Gray lives and works in London, and he has been included in major exhibitions throughout the UK as well as internationally, at institutions such as the Royal Academy in London, the Nieuw Dakota in Amsterdam, The Musee d’art Moderne in France, the Tel Aviv Museum of Art, and Art Space in New York.

The exhibition of new works by Kevin Francis Gray will continue at Pace in London through January 18, 2014. 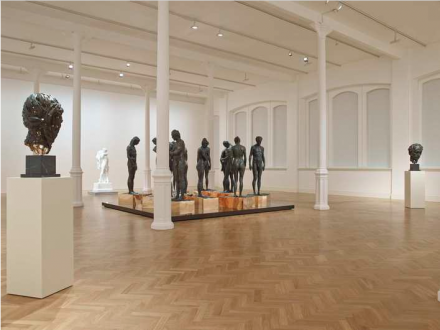 This entry was posted on Thursday, December 19th, 2013 at 12:00 am and is filed under Art News. You can follow any responses to this entry through the RSS 2.0 feed. You can leave a response, or trackback from your own site.