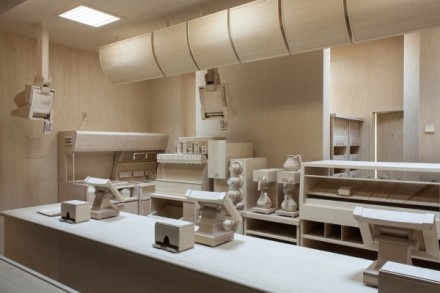 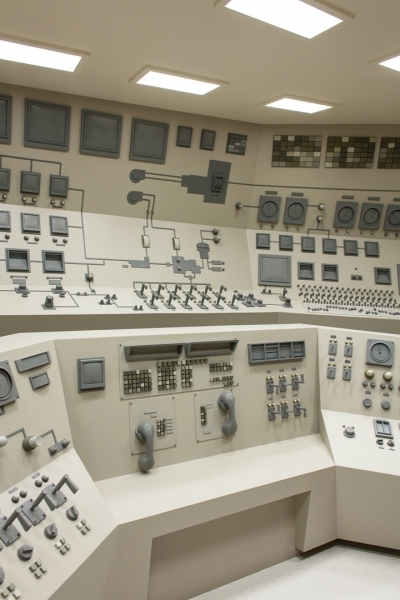 The works are impeccably created, and no detail is spared in Paine’s sculptures: the control room display screens and phones seem ready to spring to life, and the rows of french fry holders in his fast-food piece each look ready to be unfolded and served, but no human operator is present.  Translating these vast, multi-textural environments to a unified material form, Paine plays an interesting set of visual tricks, translating the complex surfaces and material-dense sites into a cohesive scene, albeit one which can only observed.  Paine seems interested in rendering these images as such, meticulously reproduced spaces for contemplation without any ability to be “used.”  Instead, the environment as a whole is reduced to object. 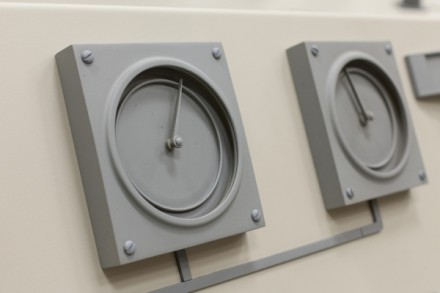 But in equal measure, Paine seems interesting in documenting the lasting imagery of the late 20th century, sites charged with a certain cultural cache.  Given the ever-advancing speed of contemporary culture, these sites seem hopelessly out of date, as the control room illustrates the subtle obsolescence of a room filled with bulky equipment, and the fast-food site feels somewhat behind the times in a world obsessed with “slow food” and “growing local.”  Accordingly, the dual subjects of cold war arms proliferation and the transnational ideologies of fast-food commerce are here depicted before their time as relics of a not-too-distant past. 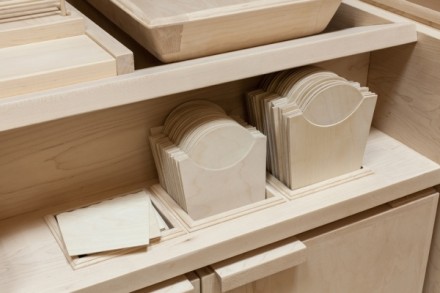 But its just this premature nostalgia that makes Paine’s project so alluring, and occasionally so chilling.  Even as these images may seem ideologically out of date, these sites are returned to the forefront of one’s awareness, reminding one of the persisting influence of these forces on the contemporary landscape.  Presenting his works as both artifact and environment in equal measure, Paine manages to preserve and proliferate images of commerce and politics often left subtly unaddressed in the modern ideological discourse.

Apparatus is on view through February 1st. 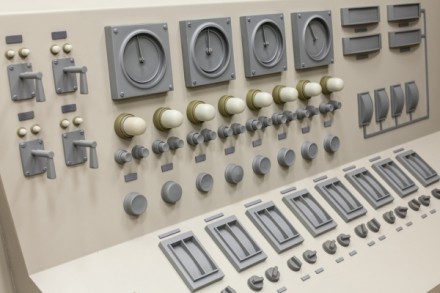 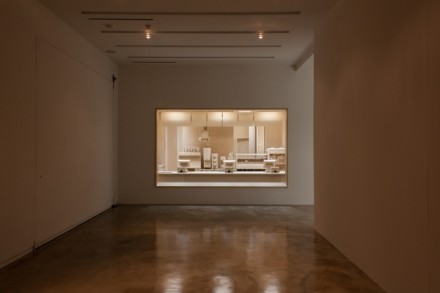 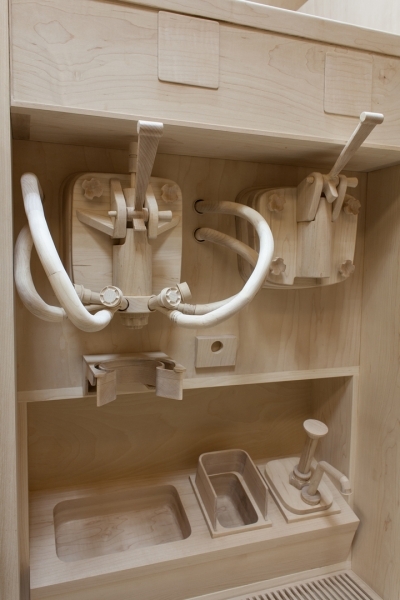 This entry was posted on Thursday, January 23rd, 2014 at 12:00 am and is filed under Art News. You can follow any responses to this entry through the RSS 2.0 feed. You can leave a response, or trackback from your own site.