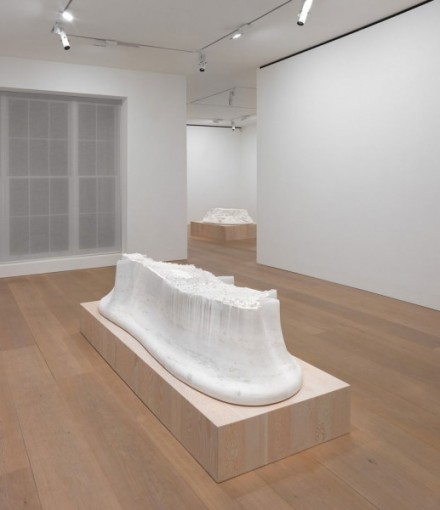 Yutaka Sone’s marble scale-models of some of the world’s most famous island cities are now on display at David Zwirner’s London gallery. The show, entitled Sculpture, includes replica banana trees and three of Sone’s city replicas: Hong Kong Island (Chinese) (1998), Little Manhattan (2007–2009), and Venezia (2013, brought together for the first time. The three marble works span over twenty years of the artist’s practice, and have each taken years of painstaking labor to produce. 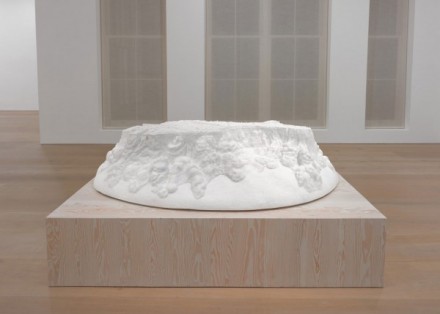 Born in 1965 in Shizuoka, Japan, Sone studied fine art and architecture at Tokyo Geijutsu University, and joined David Zwirner in 1999.  Since then, his work has appeared in major group and solo shows around the world including the 2003 Venice Biennale, the 2004 Whitney Biennial, and an exhibition at the Museum of Contemporary Art, Los Angeles. Through his intricate paintings, drawings, photographs, videos, performances, and sculptures, Sone has pursued a life-long interest in the natural world and the problem of scale. 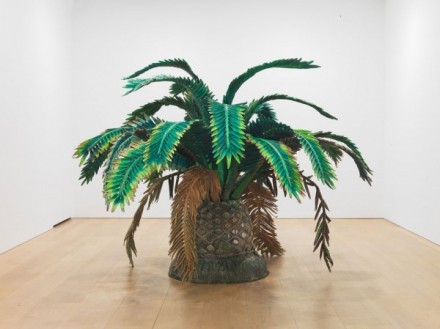 The sculptures here vary in size, and their means of production have evolved in parallel with computer mapping technologies. Sone produced Hong Kong entirely with the help of maps, photographs, and frequent site visits, but since then, he has increasingly relied upon the infinite exactitude of Google maps: each undulating hill, city boulevard, and towering skyscraper has been carefully shrunk down to the edge of visibility, and each new sculpture nudges ever closer to verisimilitude. However, Sone just as often betrays his perfect reproductions of scale in order to better portray a significant detail, as evidenced by his slightly engorged Empire State Building, whose presence most viewers expect and search out when they encounter Little Manhattan. This tension between types of representation —literal and symbolic — is central to Sone’s work. 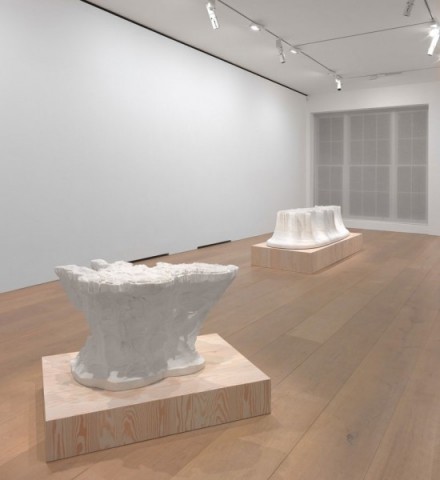 In an interview with ART iT, Sone was quick to correct those who suggest he does not make the sculptures himself. “I am by far the best stone carver in the town of Chongwu in Fujian province, where my China studio is located. I do the parts that the best craftsman is ultimately unable to do, or sometimes we work together.” Describing his creative process while rushing to finish a piece before a show in Japan in 2011, Sone said, “I called over the younger guy and the three of us started carving together, one crafstman on each side, me working underneath … I couldn’t see the model so I had to keep a photograph with me to reference, but with the other two carving away on top, flakes of marble dust were swirling around me like a blizzard.” 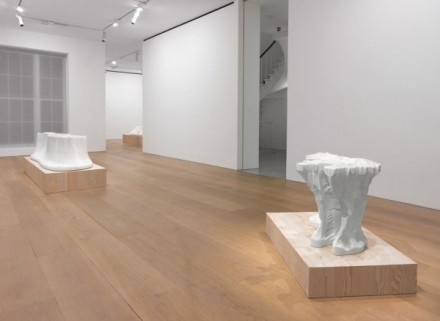 While Sone often takes a lighthearted tone when talking about his work, his sculptures have a definite sepulchral quality, as if each one were a monument to a city that has long since departed. Their dazzling whiteness, their sheer size, and of course, their material evoke the tombs of kings. While on one hand monumental, Sone’s work also reaches a level of particularity and technical virtuosity that call to mind a short story by Steven Millhauser published in The New Yorker in 2006, “In the Reign of Harad IV,” in which a a master miniaturist who grows bored making replicas of  tiny furniture and decides to pursue his art in even smaller forms. One wonders how much more detailed Yutaka’s sculptures can get; perhaps like Millhauser’s miniaturist, visitors will soon require magnifying glasses to visit Mr. Zwirner’s gallery. 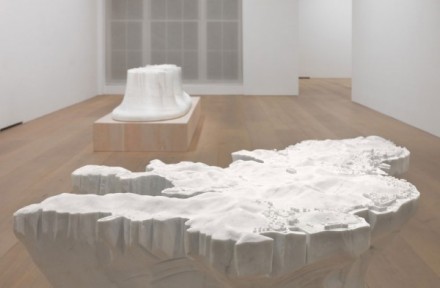 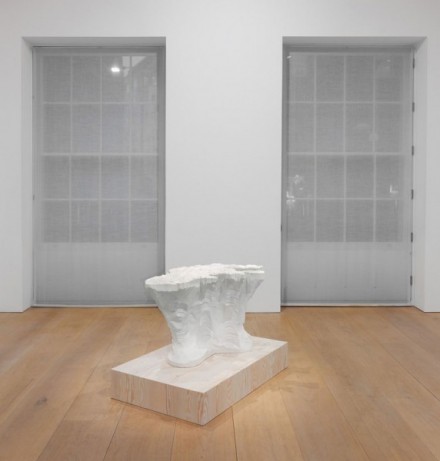 This entry was posted on Friday, January 17th, 2014 at 12:00 am and is filed under Art News. You can follow any responses to this entry through the RSS 2.0 feed. You can leave a response, or trackback from your own site.