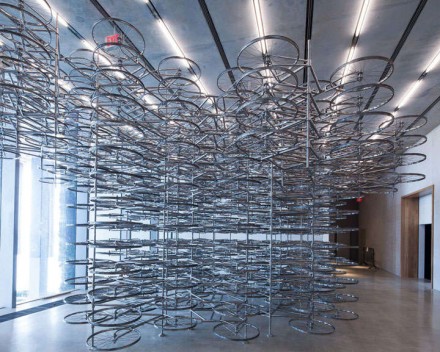 The doors of Miami’s newly completed Perez Art Museum opened this past December with a landmark exhibition of works by Chinese artist and dissident Ai Weiwei, the first major international retrospective of the artist’s work.  Charting the artist’s signature blend of irreverence, scale, architectural techniques and sculptural conceptualism, the exhibition is a remarkable introduction to Ai’s challenging and oftentimes difficult work, drawing on political aggression and irony to open dialogues on contemporary politics around the world. 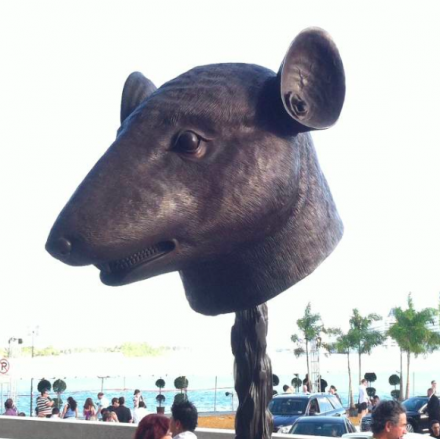 An Ai Weiwei Zodiac Head outside the PAMM, via Art Observed

Throughout the show, Ai’s ongoing interest in the conflations of modernity and ancient Chinese life is emphasized, from his iconic bicycle sculptures to his Jade handcuffs, to his mass sculptures, clustering large groups of crabs, wood or other material with a definitively Chinese history and significance into large forms.  Through scale and volume, his work becomes an address of culture and production, making ties to the dense population and industrial proliferation of his home country, and examining the interrelated meanings his work brings into play. 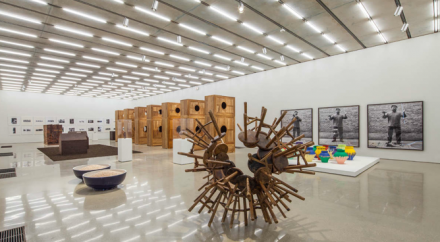 Similarly created, although addressed to external forces, are Ai’s Zodiac Heads.  Replicas of a series of twelve statues looted form China in the Nineteenth Century, the artist makes equal attempts at presenting the works as an artifact of his own culture, and as a replica in and of itself.  By his attempt to recreate the works, Ai makes a distinctive statement on their essential absence from the country, working with his own historical mooring in the present to emphasize the country’s lack of a vital piece of its history, and his less than perfect attempt to restore the works’ presence.

But what ultimately makes the artist’s work so challenging and nuanced is its ability to equivocate.  The press release makes specific mention of Ai’s work Dropping a Han Dynasty Urn, pushing an ideological emphasis on progress through iconoclasm, but given Ai’s history of political militancy against the Chinese government, one can equally address this work against the backdrop of the Chinese Cultural Revolution, an era that saw the destruction of classic Chinese artifacts by the thousands to pave the way for Mao’s vision of a new China.  While iconoclasm is certainly the central point, the artist leaves questions of agency and exigency much less certain, questioning the slow destruction of the past in favor of a new future.  Comparisons to Dadaist and Fluxus practices are more than apt.

Throughout, Ai drives at the difficult questions facing modern China, a country which has gone through countless turbulent historical and political upheavals in the past several centuries.  While not offering any immediate answers, his work is a strong image of the conflicted meanings and ideologies of contemporary China. 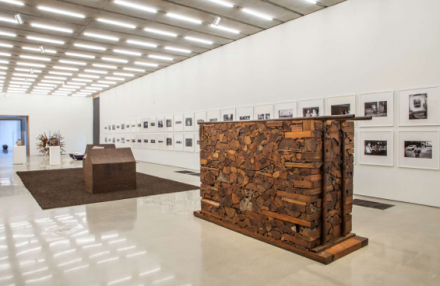 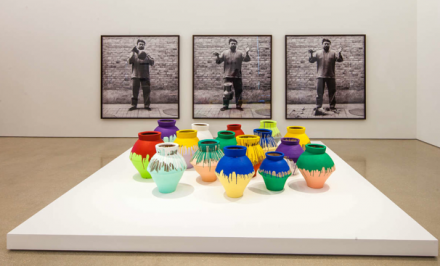 This entry was posted on Monday, January 27th, 2014 at 12:00 am and is filed under Art News. You can follow any responses to this entry through the RSS 2.0 feed. You can leave a response, or trackback from your own site.