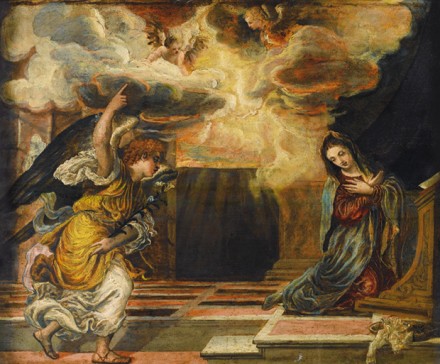 El Greco, The Annunciation, via Sotheby’s

The past week of Old Masters auctions in New York has concluded with a series of successful auctions at both Sotheby’s and Christie’s this week, bringing respectable sums that set the stage for the next two weeks of Modern and Contemporary Works at both houses.  Notably more subdued than last year’s competitive sales, a number of works still managed to drive the auctions beyond their anticipated figures.  Sotheby’s capped a series of well-attended auctions that brought in a total sum of $71 million, while Christie’s closed a series of auctions bringing in just over $65 million. 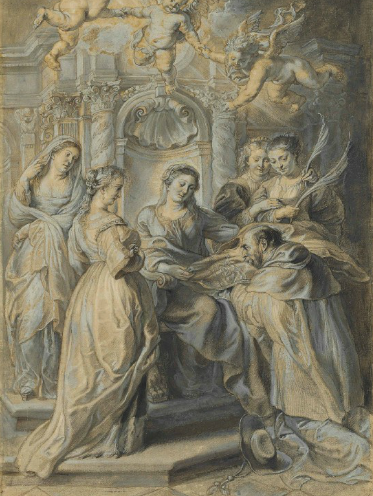 Sir Peter Paul Rubens, Saint Ildefonso receiving the Chasuble from the Virgin, via Christie’sSotheby’s saw a number of well-received sales during its auctions this week, including a number of works that went well beyond original estimates.  Sales reached an impressive $5,877,000 sum for El Greco’s The Annunciation, which surged past its original estimate of $1 million, and a Willem Van Tetrode bronze sculpture exceeded its $800,000-1,200,000 estimate with a final price of $3,301,000.  The top lot however, belonged to Gerrit Van Honthorst, whose rediscovered portrait of musicians received the anticipated attention, and sold for a final price of $7,557,000.  Drawings also performed quite well during the week of sales, with a Gian Lorenzo Bernini work, a Portrait of Ottaviano Castelli, selling for $233,000. 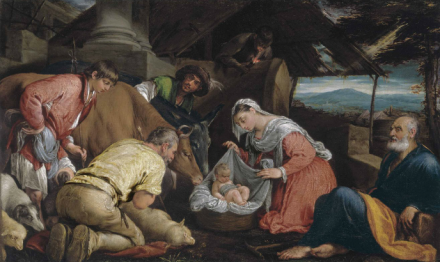 Jacopo Bassano, The Adoration of the Shepherds, via Christie’s

At Christie’s, a series of high-profile works commanded a sizable percentage of the sales figures.  The January 29th “Renaissance Sale” saw several works command prices over $7 million, including the leading work, The Rothschild Prayerbook (final price: $13,605,000), followed by Jacopo Bassano’s Adoration of the Shepherds, the auction house’s title lot, which settled just above its low estimate with a sale price of $8,901,000.  During the drawing sale later in the week, a Sir Peter Paul Rubens work (reworking an earlier drawing by the artist Hans Witdoeck) also commanded an impressive tally of $233,000, setting the stage for a series of drawings that more or less performed to estimate. 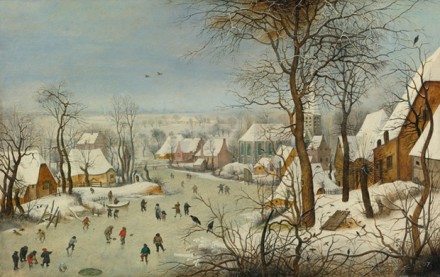 Breughel the Younger, The Bird Trap, via Sotheby’s

Starting off several weeks of competitive sales, Sotheby’s and Christie’s will continue the early year sales this week with their respective modern art sales. 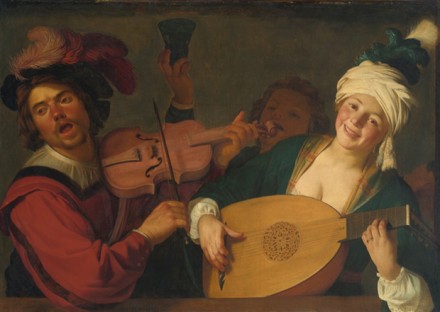 Gerrit Van Honthorst, A Merry Group Behind a Balustrade With a Violin and a Lute Player, via Sotheby’s 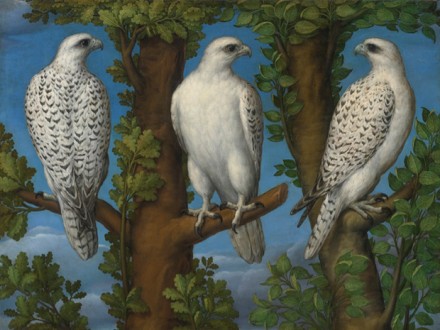 Lombard Master, Portrait of a gyrfalcon, viewed from three sides, via Sotheby’s

This entry was posted on Sunday, February 2nd, 2014 at 11:07 pm and is filed under Art News. You can follow any responses to this entry through the RSS 2.0 feed. You can leave a response, or trackback from your own site.