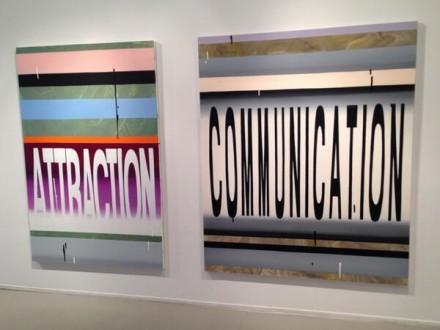 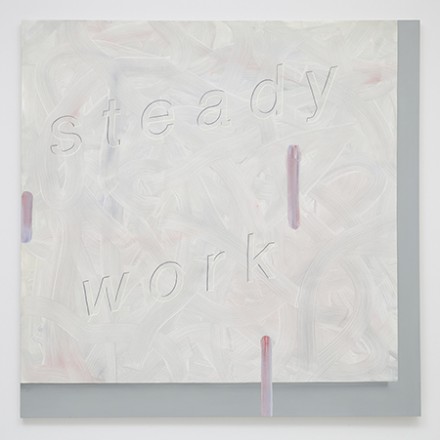 Gregory Edwards, Steady Work (2013), via 47 CanalThe exhibition’s paintings are hardly short of compositional and thematic similarities: with two exceptions, they are composed around vertical stripes and gradients, in relation to the painted title of each work. The effect of these large canvases is to seemingly both monumentalize and ridicule the ethos these phrases espouse.  Information (all works 2013), for example, mimics an artlessly assembled presentation slide with its vivid, clashing greens, yellows and blues, deflating the painting’s title, which sits boldly, but oddly compressed, at the bottom of the work. 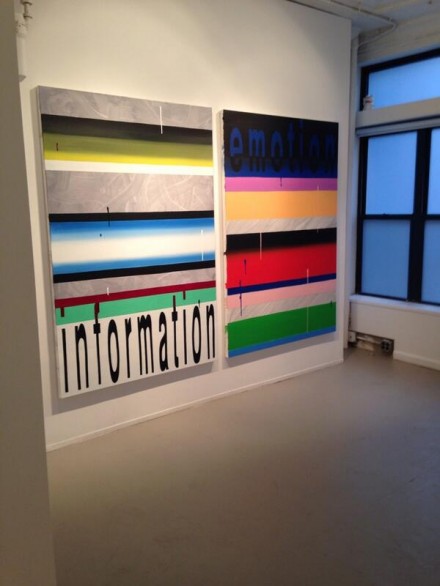 However, it is the two works that break from this rigid, horizontal structure that are perhaps the exhibition’s most accomplished. Inner child consists of a pink-grey background of uniform, textured brushstrokes, and implies depth between its two layers through what might as well be Photoshop’s drop-shadow tool. On top of this sit the words ‘inner child,’ rendered transparent and once again mimicking the familiar and ubiquitous tropes of digital imagery.  In utilizing visual gestures such as these, Steady Work suggests a productive friction between the materiality of painting and the increasingly rapid, technologically-enabled distribution of images. In Edwards’ hands, painting emerges not so much as the material resistance to digital images as much as a way of complicating this very opposition. 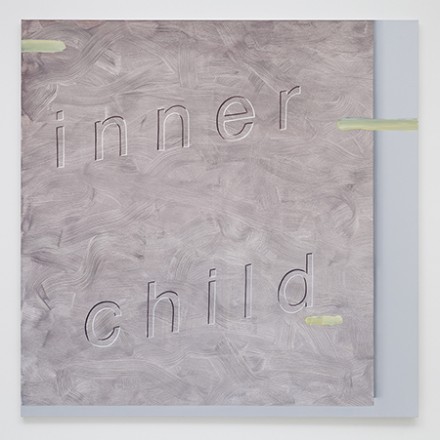 While Edwards has previously worked with familiar motifs such as question marks, venetian blinds and leopard print, which subtly conflated abstraction in painting with the abstraction of mass production, Steady Work goes one step further, highlighting the present day image economy’s compression of emotion and ideology into soundbites.

In the office are three more canvases not listed on the exhibition checklist, but which are indeed part of the show. The three works are smaller than the canvases in the main room, and each consist of the word ‘New’ written twice vertically up the painting, overlaid with multicolored, gestural scribbles. This intrusion of painterly cliché suggests the creeping insincerity endemic to today’s language. 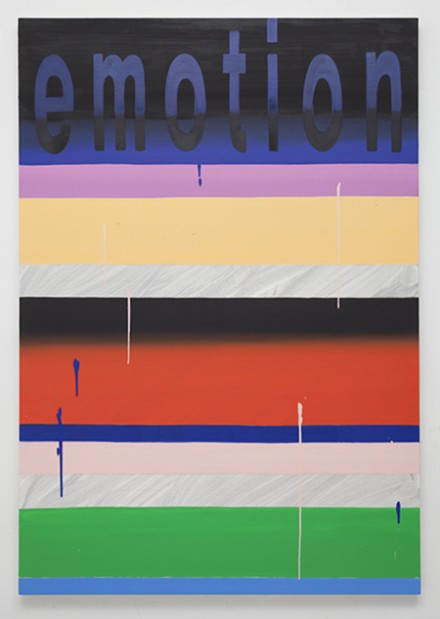 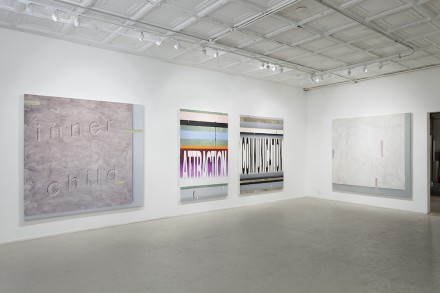 This entry was posted on Wednesday, February 5th, 2014 at 12:00 am and is filed under Art News. You can follow any responses to this entry through the RSS 2.0 feed. You can leave a response, or trackback from your own site.