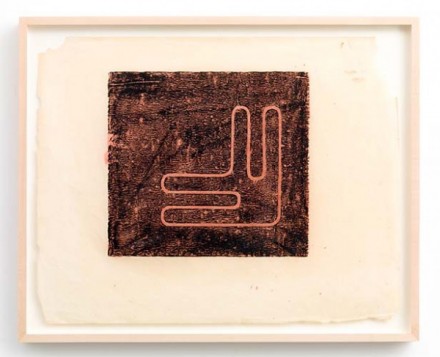 Now through March 1st, the David Zwirner gallery hosts a group exhibition of the printed works of Dan Flavin, Donald Judd, and Fred Sandback. The three artists’ shared Minimalist aesthetics unite this work of prints made between 1961 and 1994. Though predominantly known for their three dimensional work, printmaking and drawing were significant practices for all three artists throughout their respective careers, and ultimately helped to shape and reshape their practices throughout their broader body of work. 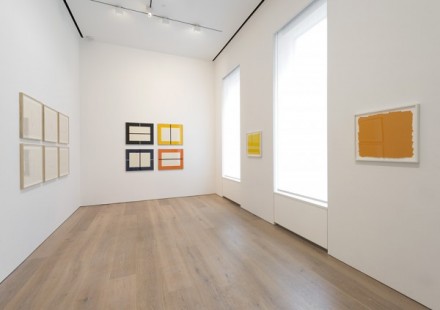 Dan Flavin is most widely recognized for his Minimalist installations of brightly colored fluorescent light, but here, his work in aquatint and glass is given ample room to breathe. A scholar and collector of drawing and prints, Flavin’s sense of color and composition as well as experience with this form echoes in his work on view in this show.  A rare set of three prints from 1994 demonstrates Flavin’s mastery of three-dimensional space. These deeply colored cylindrical aquatints are presented on handmade paper that is curled and stitched together. 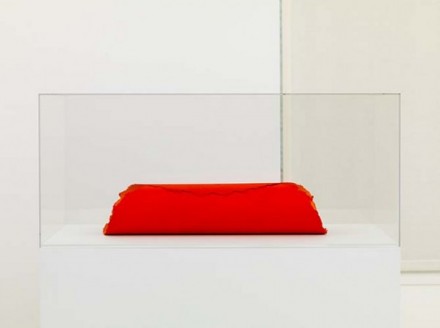 Though he consistently disavowed the classification of his work as minimalist, Donald Judd is considered one of the primary masters of this creative expansion of the conceptual project.  Judd utilized woodcut printmaking at the beginning of his career, and his rare, experimental single-sheet works from 1961 are presented in this show. These works speak to his early practice in painting, but reveal the same formal concerns present in his three-dimensional work. Expanding on the conventions and geometric forms of the frame and the work itself (a turn towards the most influential works by Malevich), Judd’s work perhaps perfectly encapsulates the the challenges his prints made to the body of art in the 1960’s.  A supplementary on-line feature produced by the Judd Foundation further explores the artist’s engagement with woodblock printing.

Fred Sandback’s body of work of lithographs, woodcuts, and etchings produced beginning in the 1970s explore spatial and architectural construction, also taken up in his sculptures and related drawings. A selection of these prints will be on view, including Untitled (from Four Variations of Two Diagonal Lines), 1976, which intervenes in and investigates graphic form with wire, yarn, and elastic chord. 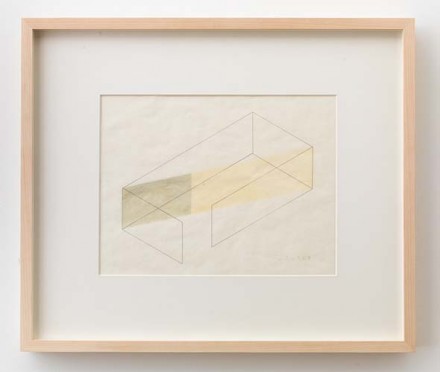 This show represents a cohesive gathering of the lesser-known practice in printing that these three artists shared. The minimalism associated with each of these artists is expanded beyond installation and sculpture to encompass their abilities in working with printmaking and drawing.  Stitching together three narratives of the minimalist experiment through their printed works, David Zwirner offers a unique view at these artistic pioneers. 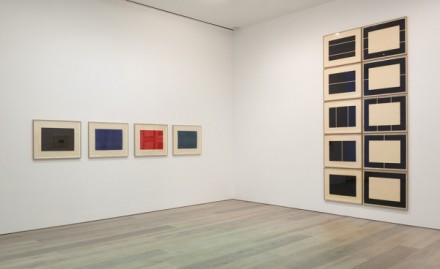 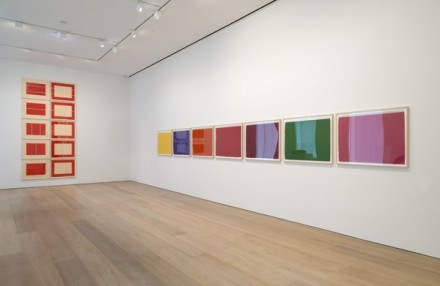 This entry was posted on Monday, February 24th, 2014 at 12:00 am and is filed under Art News. You can follow any responses to this entry through the RSS 2.0 feed. You can leave a response, or trackback from your own site.