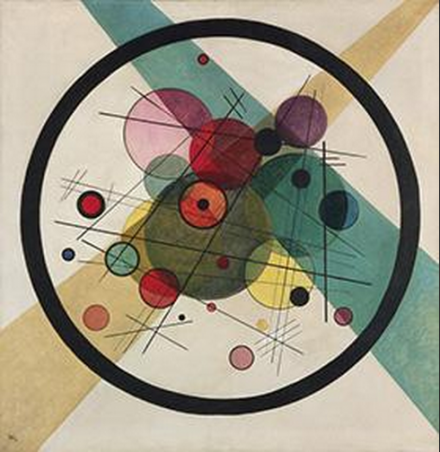 Compiling one of the more ambitious exhibitions of work recently shown on the Russian avant-garde, the recently closed exhibition on the work of Vasily Kandinsky offered perhaps one of the best perspectives on the developing voice of one of the 20th century’s most vital painters.  Charting his move from early impressionist works to the conceptually rigorous formalism that he developed as a consequence of his broader exposure to the European art world after his move to Germany, From Blaue Reiter to the Bauhaus, 1910-1925 is a fitting origins story for this influential artist. 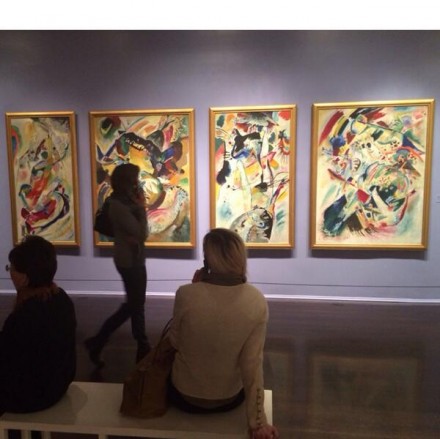 Starting with the artist’s early, Impressionist-influenced works made while he was still living in Russia, and continuing through to his initial works made in Weimar, Germany while teaching with the Bauhaus, the show at the Neue Galerie is a dense, exploratory look at Kandinsky’s developing stylistic signature, culling 80 works from a 15 year period in which he moved towards his iconic abstract compositions. 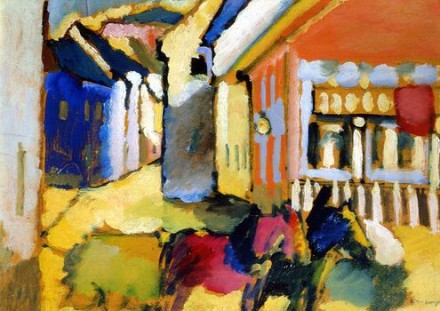 Vasily Kandinsky, Murnau: Street with Horse-Drawn Carriage (1909), Neue Galerie New York. This work is part of the collection of Estée Lauder and was made available through the generosity of Estée Lauder © 2013 Artists Rights Society (ARS), New York / ADAGP, Paris

Perhaps most notable about the choice of frames that the Neue Galerie selected for the show is Kandinsky’s membership in a number of pioneering schools of artistic thought, and his frequent leadership role in the genesis of these new perspectives on the possibility of art.  Shortly after the founding of the Blue Rider, Kandinsky published what has been hailed as his artistic manifesto, Concerning the Spiritual in Art, a dense tome illustrating the artist’s fascination with the expressive capabilities of the line itself, and the various conventions and explorations that his variations in line and color open to the painted canvas. 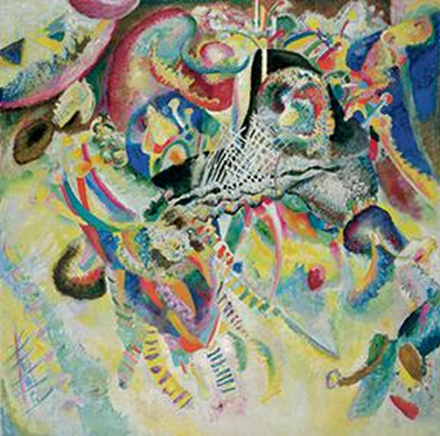 It was this text that ultimately would serve as a road map of sorts for the artist, combining his love of jazz with his already developed creative language to explore further possibilities and capabilities for his work, and it was ultimately this pioneering vision that would earn him a place teaching at the Bauhaus, where he oversaw both design and painting classes, instituting his particular views on construction and composition to at the legendary German institution. 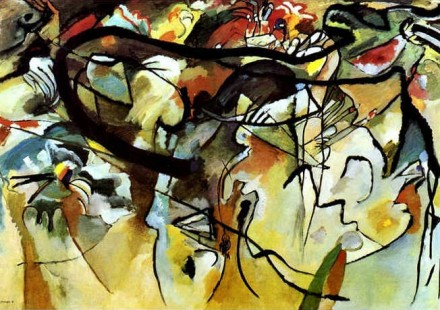 Kandinsky’s path feels quite gradual here, as the natural, curving lines of his earlier work slowly fade from view, replaced by hard edges, block forms and meticulously placed colors.  Forms move from blurry, flowing mashes of color through to geometric, systematic mixes of form and space, as if the artist were using his own strokes as the measurement of his work, each piece placed deftly alongside its compatriots.  As his later works best illustrate, space and form become their own motivations, offering a multitude if new possibilities for the painter to explore and manipulate. 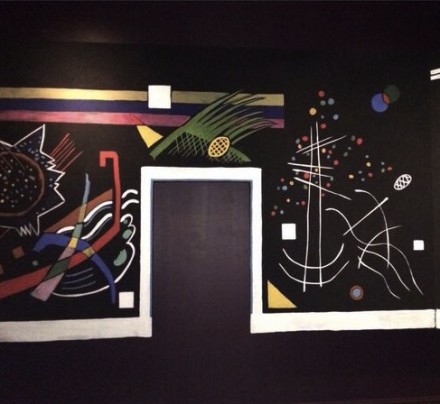 The exhibition was also marked by the installation of a long-lost mural the artist created for the 1922 Juryfreie Kunstschau (Jury-Free Art Show) in Berlin, a flowing, full-room space that was recreated solely from photographs of the original piece.  Flowing from wall to wall with Kandinsky’s immediately recognizable deconstructions, it stood as a notable historical centerpiece for the show’s mission.

A study in the artist’s pioneering technique, the Neue Galerie’s exhibition closed on February 10th. 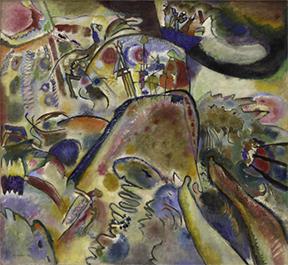 Read more:
Kandinsky at Neue Galerie [Exhibition Site]
Back in the Blue Saddle, for a Gallop to Abstraction [New York Times]

This entry was posted on Wednesday, February 12th, 2014 at 12:53 pm and is filed under Art News. You can follow any responses to this entry through the RSS 2.0 feed. You can leave a response, or trackback from your own site.