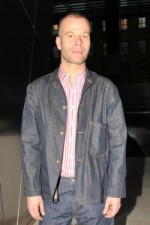 German photographer Wolfgang Tillmans is reportedly breaking ties with Andrea Rosen Gallery, confirmed by the gallerist this morning.  “Not only do I respect an artist’s right to make choices, but I also deeply respect Wolfgang’s work,” Rosen wrote in an email. “Wolfgang and I continue to have a meaningful and personal dialogue, and in the spirit of our twenty year relationship, it will continue both professionally and personally.”  Sources indicate that Tillmans will be signing on with David Zwirner.

This entry was posted on Tuesday, February 11th, 2014 at 9:56 am and is filed under Art News. You can follow any responses to this entry through the RSS 2.0 feed. You can leave a response, or trackback from your own site.