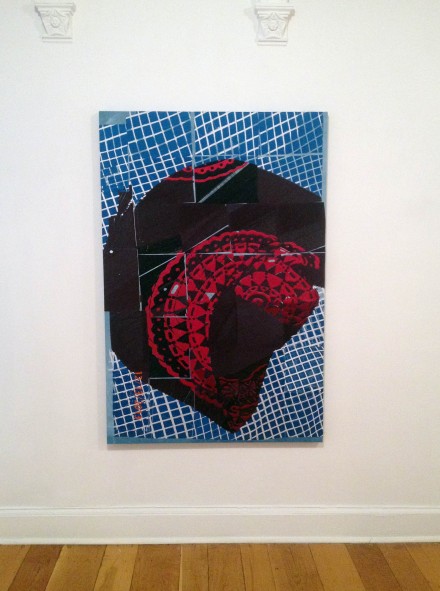 Brendan Fowler, (That) hat on bedspread (countries of origin:my deposition was postponed and Matt’s took all day) (2014), via Half Gallery

Brendan Fowler’s new works, currently on view at Half Gallery uptown, are nothing if not elusive.  The show, on view last month at Los Angeles’s LAXArt, to New York as a follow-up of sorts to the last showing of photographic works by the artist at MoMA’s survey of new photography late last year (a series of Fowler’s highly-popular crash works).  Here, Fowler seems more interested in the image itself, rather than the potentials for combination and assemblage of the modern image.  The works are created entirely using a commercial grade embroidery machine and thread, leaving layered, textured works that offer a striking commentary on the photographic image. 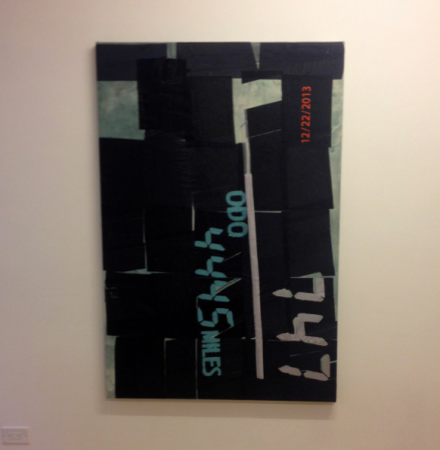 Composed from photographs recently captured by the artist, the pieces are distorted and twisted in their transfer to the finished work, as if the images have been cut, bent, and fashioned back together.  Continuing his attack on the consistency of the photographic image, the artist shifts his perspective to a point before the final canvas is produced.  Each piece seems deliberately composed, somewhere between the act of photographic documentation and the the collage-like assemblage of a canvas-based work, but ultimately short circuits when the viewer contemplates its mode of creation. 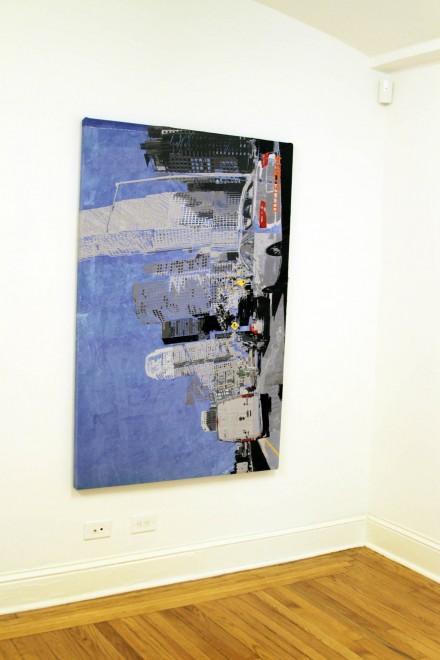 Adding an additional wrinkle to the piece, Fowler has added his own timestamps to each of the pieces, a sort of recapitulation to the idea of mechanical production.  For Fowler, his interest seems to center on a reconstruction of the photographic process, or rather, the construction of what actually constitutes a “camera.”  All the elements of a traditional photographic image are present: framing, mechanical capturing, and reproduction are all placed at the forefront of the work’s creation, even if the image itself does not ultimately bear any resemblance to photography proper. 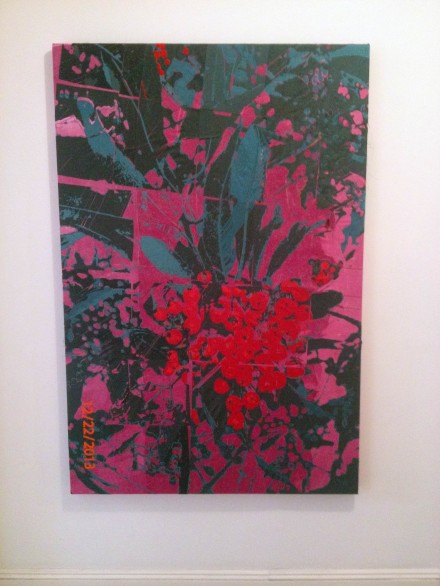 Brendan Fowler, Some sort of berries, some kind of berries (2014), via Half Gallery

As with Fowler’s previous work, the mechanisms of production, image and reception are all placed on shaky ground in New Camera.  More significantly, these facets of the work seem to all rest fully in the control of Fowler himself, as if the artist was not just interested in the act of photographic creation, but even more so, the ability to meticulously shape its output, so that the final product rests fully under his own power.  For Fowler, it’s not enough to point and shoot, but rather, to become the machine through which the image passes.

New Camera is on view through April 1st.

This entry was posted on Sunday, March 23rd, 2014 at 12:00 am and is filed under Art News. You can follow any responses to this entry through the RSS 2.0 feed. You can leave a response, or trackback from your own site.