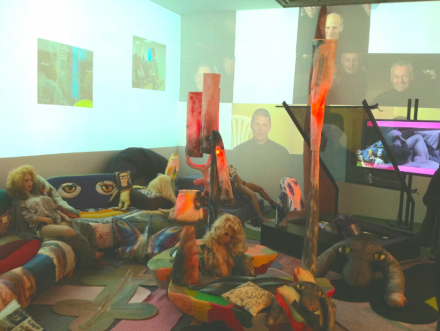 Plurality suits the Whitney Biennial.  It’s long embraced the diffuse narratives and varied identities of a nation as broad and intricate as the United States, and this year is no different, with 103 participants (both artists and several collectives) from around the country.  But the 2014 event, and the last to take place in the Whitney’s Marcel Breuer-designed space on Madison and 75th, has taken this interest in the varied artistic practices and themes dominating the American contemporary, and opened it to even wider dialogues, welcoming three separate curators (Michelle Grabner, Anthony Elms and Stuart Comer) with varying backgrounds to each select one floor of the museum, and explore their own particular concerns.  The result is a set of three almost completely separate thematic projects, each of which leaves itself open to dialogue with the floors nearby. 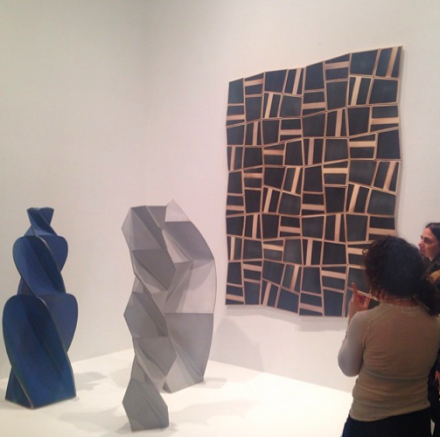 Works by John Mason, via Art ObservedOne floor up from the lobby, Anthony Elms, the Associate Curator at the Institute of Contemporary Art, Philadelphia, has set up shop.  A fitting start to the exhibition, Elms has centered on the Whitney itself as a major facet of his exploration, asking “What should a museum look like, a museum in Manhattan?”  The answer, while somewhat obtuse, embraces a sense of uncertainty, of flux and passage.  A striking number of works in turn center not so much on active creating as active recording, active documenting, from a grainy, surveillance style video piece by Michel Auder, to a small collection of objects, recordings and artworks from the possessions of Malachi Ritscher, a musician and artist who burned himself to death in 2006 in protest against the Iraq war. 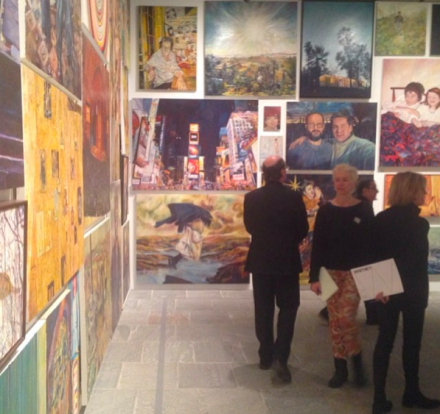 Also of note are a set of poems by Susan Howe, composed by cutting up and rearranging various texts into constructions that carry their own aesthetic value.  Elms seems interested here in the ways meaning and history can be shaped and reshaped within the museum, and how the archive itself may in turn be a place for discovery and recreation. 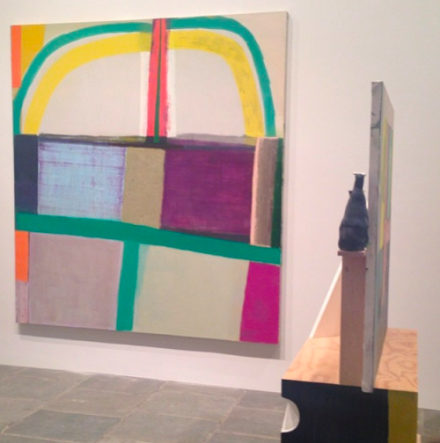 On the third floor, Stuart Comer, MoMA’s Chief Curator of Media and Performance has selected an almost polar opposite as his focus: the floating constructions of identity and location that he sees as dictating the contemporary American experience.  Oppositions abound here: traditional media subverted by new technology, gender constructions, and hybrid formations of geography and identity created by a massively connected nation. 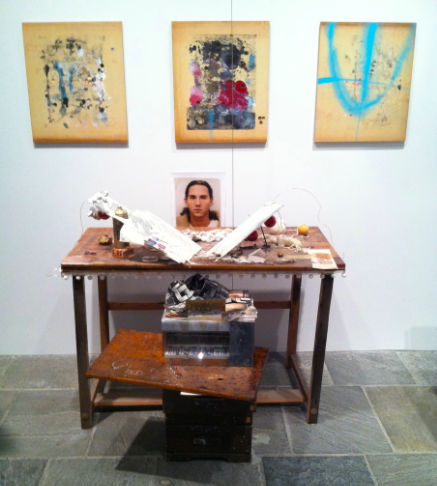 The floor gets off to a fitting start then, with Ken Okiishi’s paintings over LCD television screens, letting bright colors interplay with the flux of the moving images behind it.  Nearby, Comer has invited Bjarne Melgaard to create another of his psychedelic, frantic installations for the museum.  The result could demand coverage of its own, with references to the art historical and dubstep auteur Skrillex in equal measure, not to mention the countless mannequins and phallic pillows that dominate Melgaard’s narrative of violent control and fame.  Other works on this floor include an installation by Triple Canopy, which shows a series of original, Victorian-era umbrella stands alongside one that has been 3-D printed, and which invites a nuanced critique of the contextual effects of the museum, commissions and the interest of “The Canon” on a work or artist. 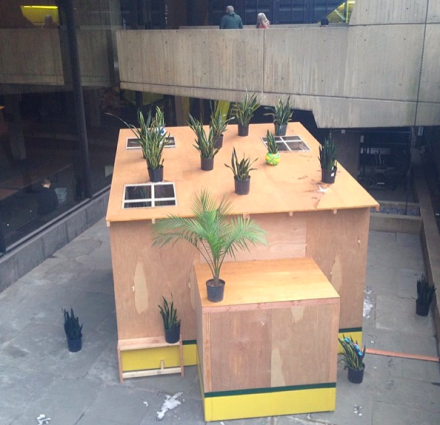 At the top of the exhibition sits Michelle Grabner’s group of selections, a series of projects and works focused around pedagogical potentials and formats in contemporary art.  Seeking to remove her own hand from the project, Grabner instead focuses on works that actively push the viewer on their own terms, strongly focused works that include deep personal narrative, or a unique approach to materiality.  The installation here is also somewhat more environmental, as the high number of sculptural and assemblage works give the rooms here a more heavily laden, immersive impression.    Works by Sterling Ruby and Laura Owens are given free space to enter into dialogue, and in another room, Grabner exhibits a set of pottery alongside the notebooks of author David Foster Wallace, offering strong extensions of the contemporary art object into alternative media formats. 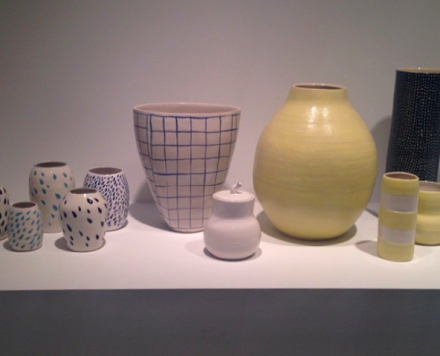 All in all, the sheer scale and diversity of the artists on view across three floors of the Whitney offers a powerful case for contemporary American art while refusing to commit to a singular viewpoint or thematic.  Amidst the noise and bustle of the Whitney’s last days uptown, one senses a new potential for American art, one that embraces diverse practices and techniques for equally diverse results.

The Whitney Biennial opens this Friday, and runs through May 25th. 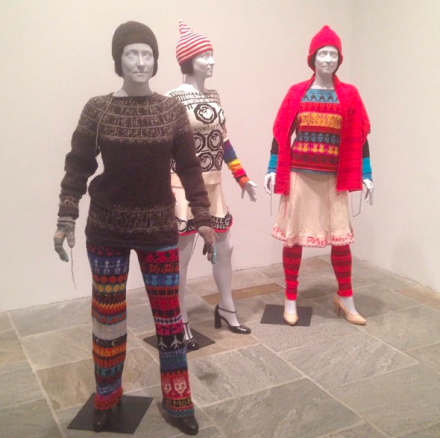 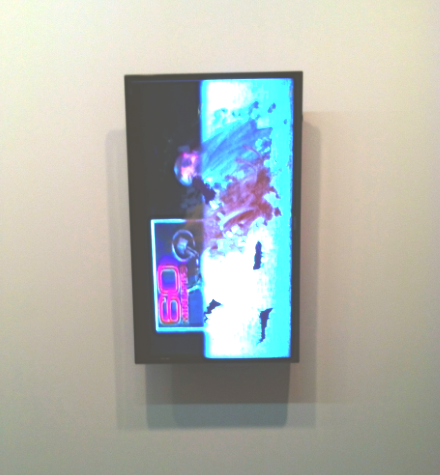 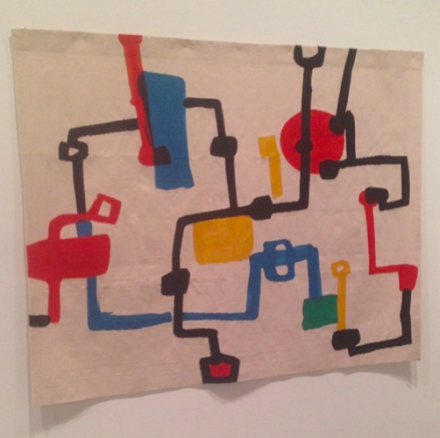 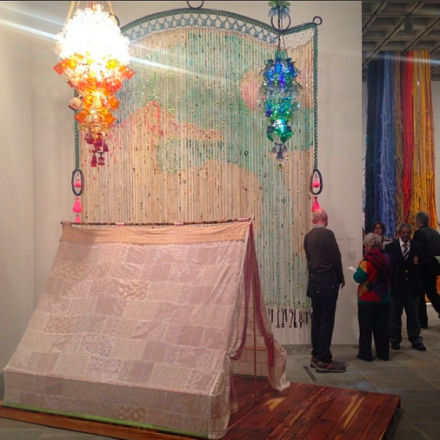 Read more:
The Whitney Biennial [Whitney]
State of Our Art According to Whitney [New York Times]
“Stairmaster: Ephemeral Art at the Biennial” [WSJ]

This entry was posted on Saturday, March 8th, 2014 at 9:18 am and is filed under Art News. You can follow any responses to this entry through the RSS 2.0 feed. You can leave a response, or trackback from your own site.