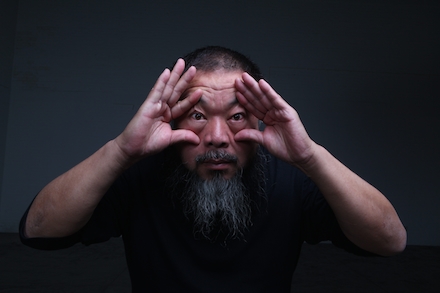 Opening on April 3rd at Martin-Gropius-Bau in Berlin, and organized by the Berliner Festspiele, is the largest solo show of works by Ai Weiwei ever to be exhibited. Taking up 3,000 square meters in 18 rooms, the installations and sculptures.  Entitled Evidence, the politically driven works from the artist, architect, and amateur politician alludes to the term meaning “proof that will stand up in court.” The works were designed in his studio on the outskirts of Beijing, and many of which were specifically designed for display in the museum’s spacious exhibition halls. 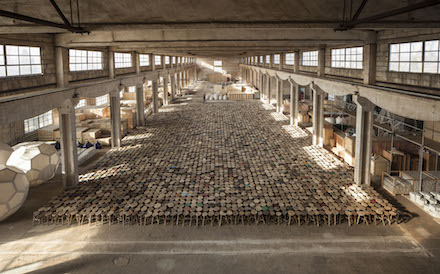 Born in 1957 in Beijing, Ai Weiwei has commanded impressive attention for his political activism, as he has been highly openly critical of the Chinese Government’s position on democracy and human rights, often incorporating this outspoken element into his works. His 2011 arrest at Beijing Capital International Airport and subsequent 81 day detention has become a central focus of much of his recent work, and has helped propel him to the highest levels of international attention. One of the works in the exhibition, Jade Handcuffs (2013), are a reproduction of the handcuffs the guards used to shackle him to a chair during his time in prison, cast from the precious mineral Jade. 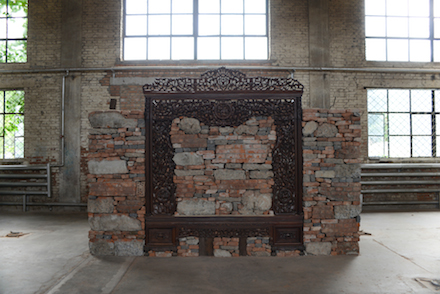 In recent years, official Chinese propaganda has tried to remove his image from the popular chinese consciousness, disallowing him from exhibiting in any museum in China. As a result, Ai Weiwei began using the internet to exhibit his works, and his personal blogs are now forbidden, even though he continues to post through his website and Instagram. Twelve surveillance cameras are placed in front of the door of Ai’s studio, to which he responded by hanging red lanterns on them and reproducing them in marble, to create Marble Surveillance Cameras, 2010. 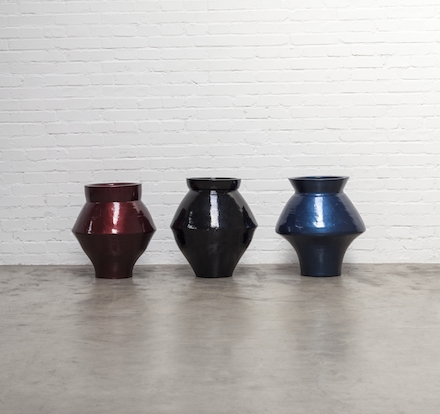 The frequent use of Weiwei’s own oppression as a focus for his work is a striking conflation of early conceptualism and and biographical, almost diaristic artwork.  He also frequently embraces ancient Chinese materials, dipping old ceramic vases from the Han Dynasty (202 BC- 220 AD) in shades of auto paint popular with Chinese luxury car owners. In 2008, Ai Weiwei was invited by the Shanghai City Council to build a large studio in Shanghai, but as soon as it was completed it was destroyed by Chinese authorities. Ai Weiwei used the wreckage caused by the officials to make the work Souvenir from Shanghai, (2012). The piece, on view here, makes a striking case for Ai’s constant tensions between strong political statements, international prominence and his personal place in China as a government outcast, underlining how the artist’s place makes for a compelling body of work merely through his translation of the conflict into an aesthetic sphere. 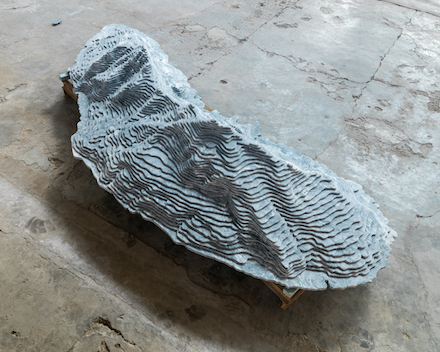 In the largest room of the Gropius-Bau, Ai has arranged 6,000 woodel stools, typical of the ones used in the Chinese countryside since the mid 1300s.  Previously shown in a different sculptural format at the Venice Biennale last year, the stool works have taken on something of a close relationship with the German nation, which exhibited the work in its own Pavilion, and which has long acted as a patron to Ai’s work.  The nation also served as the artist’s refuge while undergoing an emergency brain surgery, following a police assault in the Chinese city of Chengdu.

The exhibition is accompanied by a fully illustrated catalogue, published by Prestel Verlag, including articles by Uta Rahman-Steinert on Ai Weiwei’s treatment of tradition; Wolf Herzogenrath on the artist’s various approaches to art; Klaus Ruitenbeek on the Chinese element in his work; and Thomas W. Eller on the material rhetoric of aesthetic resistance.  The Martin-Gropius-Bau has also partnered with the Deutsche Bahn regional train to create a special price within Germany, so that those located in other cities may travel to Berlin to view the exhibition at a reduced price.

The exhibition at Martin-Gropius-Bau will remain on view from April 3 until July 7, 2014. 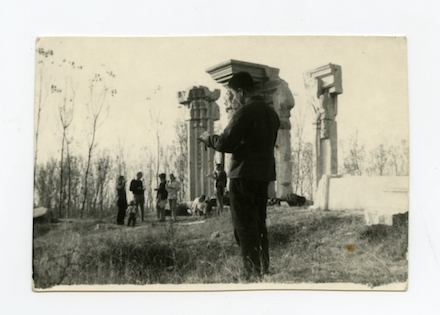 This entry was posted on Saturday, April 26th, 2014 at 12:00 am and is filed under Art News. You can follow any responses to this entry through the RSS 2.0 feed. You can leave a response, or trackback from your own site.