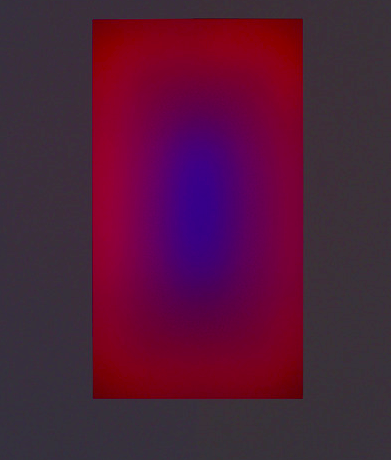 Following his massive, three-museum retrospective last summer, artist James Turrell returns to the gallery circuit this spring, with a selection of recent works on view at Pace Gallery’s London location in Burlington Gardens.  The show offers a continuation of Turrell’s interest in light as a mediator of space, using LED lights to create shifting, intriguing alterations of depth in a closed room. 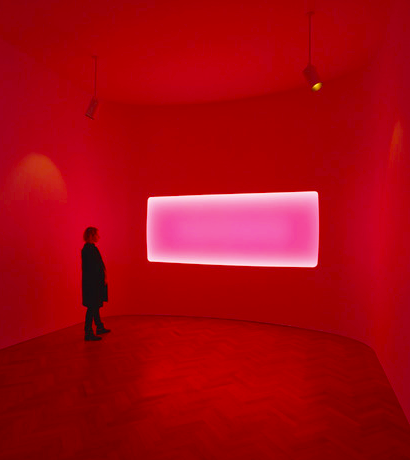 “Objectivity is gained by being once removed. As you plumb a space with vision, it is possible to ‘see yourself see,’” Turrell notes in the press release for the show, and it’s this objective attempt at spatiality that perhaps comes closest to the artist’s ongoing interest in light and color.  Turrell’s work has grown increasingly complex in the past several years, and his current show takes full advantage of increased access to sophisticated LED systems and computerized lighting controls to create meticulously designed light forms, presented in a flat pictureplane while giving the illusory sensation of depth and space within its boundaries. 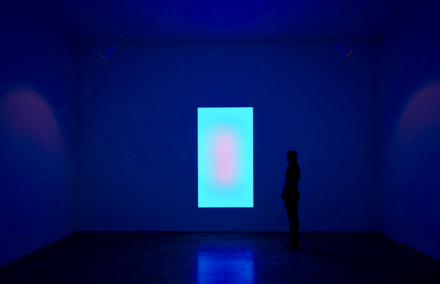 The works on view are interspersed throughout Pace’s set of separated viewing areas, allowing viewers to move from work to work at their leisure, an installation structure that seems to counteract the occasionally challenging nature of showing Turrell’s works, where viewers are often stuck waiting for upwards of 30 minutes to access a single environment.  Two of the works, never before installed publicly, are culled from Turrell’s ongoing Wide Glass series, featuring contrapuntal light systems (with an overhead pair working against the glass window installed centrally) to create a balance of spatial interactions that change and unfold in their perceptual complexity as the viewer lingers in the room. 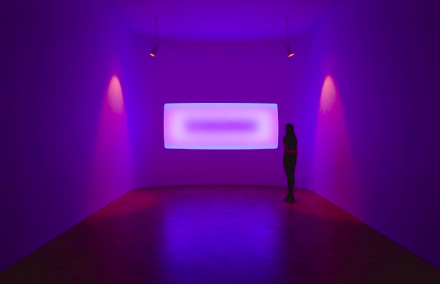 Much like Turrell’s monumental installation at the Guggenheim Museum last summer, the works here make explicit use of the capacity for LED lights to gradually change color and intensity.  By spending an extended amount of time in the space, the viewer is granted a sensation of visually experiencing time pass, as they watch the lights of the work slowly but surely bleed into each other, creating various rings and blends of form.  It’s an interesting phenomenon, particularly given the almost co-dependent nature of Turrell’s works with technologic advances.  The artist seems to draw increasing strength and reliance on the possibilities offered him by his computerized systems, and as his works grow increasingly driven by a computerized core, he manages to delve deeper into human perception.

Recent Works is on view through April 5th. 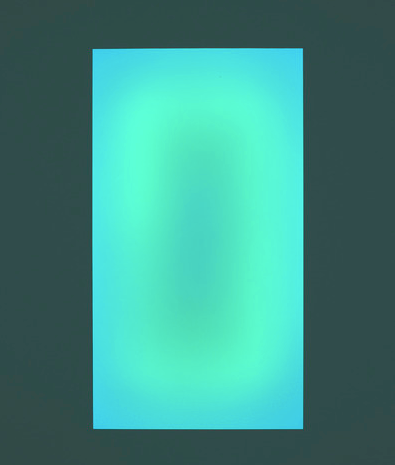 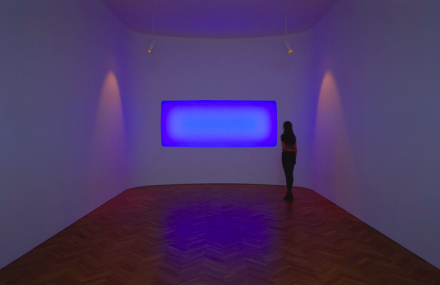 This entry was posted on Wednesday, April 2nd, 2014 at 12:00 am and is filed under Art News. You can follow any responses to this entry through the RSS 2.0 feed. You can leave a response, or trackback from your own site.