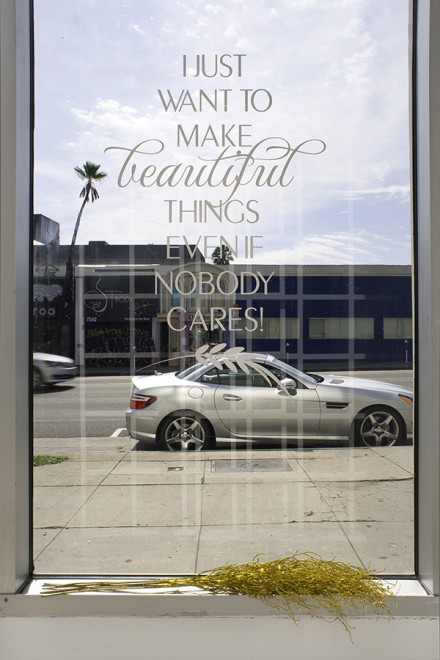 Used & New, the Argentinian-born Amalia Ulman’s current solo show at Los Angeles gallery LTD, explores the slippery relations between consumerism, gender and class. A participant in Hans Ulrich Obrist’s and Simon Castets’ 89plus initiative, the young artist has quickly become known for an art practice that, with a deceptive slightness, investigates the way in which objects are mobilized towards shaping and maintaining social status. By paying close attention to the aesthetic patterns of consumer stratification from the vantage point of economic lack, Ulman’s work proposes a way of looking at the impact that the design, contour and flow of cheap, globalized production have on the gendered construction of the self. 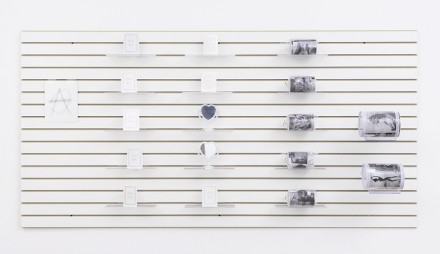 The works that make up Used & New are indebted to the aesthetics of retail displays—the gallery’s longest wall features nine Bulletin Board pieces that evoke the quaintness of contemporary boutiques, while elsewhere, small objects are arranged on Perspex shelves, trinkets and women’s panties dangle from a plinth display in the middle of the room, and large bamboo fans hang from the ceiling.  The Bulletin Board series especially injects a sense of the personal into display techniques that thrive off of anonymity, juxtaposing the soothing, generic motifs and inspirational quotes of decorative consumables with the personal effects, receipts and bills of the artist. One of these works, Enclosed Bulletin Board 2 (Rats) (2014), features the bloodstained clothes Ulman was wearing when she was involved in a severe bus crash last year. 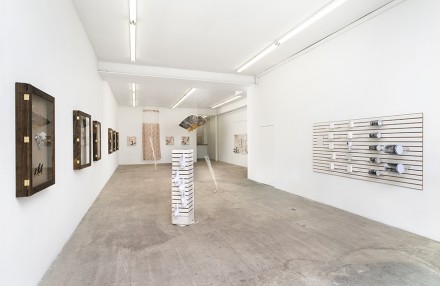 Much of this work might at first glance be described as pretty, but it thrives off of a friction that undermines the aesthetic codes enabling consumption while seeming to reproduce them. The Catastrophe series of three bamboo fans appear to feature an unassuming pattern on the otherwise frilly, glittered fans, but on closer inspection are revealed to be photographs of cities destroyed by war. Similarly, Ulman’s Accepting Donations pieces feature customized money boxes decorated with Xeroxes of scantily clad women and shelved on a white Slatwall display, while the recurrence of the cheaper-than-diamonds Swarovski Crystals in many of the exhibition’s pieces point to her interest in ways of reading wealth. 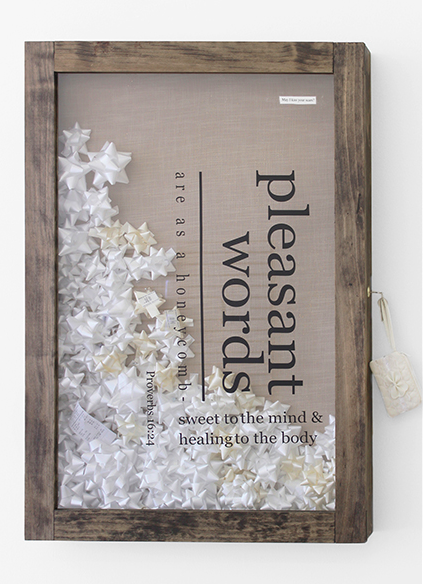 In interviews, Ulman has discussed the logistics of producing without a studio as an impetus for creating work that is portable, cheap and easy to assemble. Accordingly, the work in Used & New is rife with the kind of generic and interchangeable objects found in dollar and pound stores, secondhand knock-offs of social status that reflect Ulman’s own conflicting experiences of precarity and the personalization that comes from newly bought things. From this opposition comes an incisive, if somewhat unintuitive, visualization of the inseparability of class and power relations from aesthetic consumption.

Used & New is on view through April 9th. 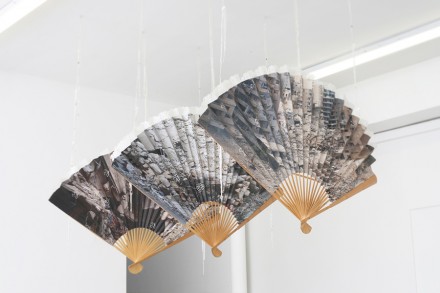 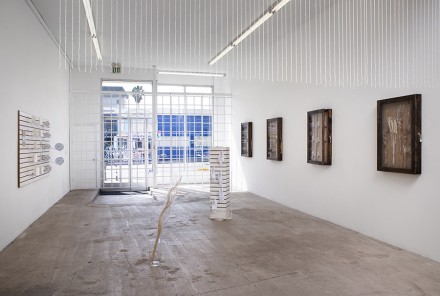 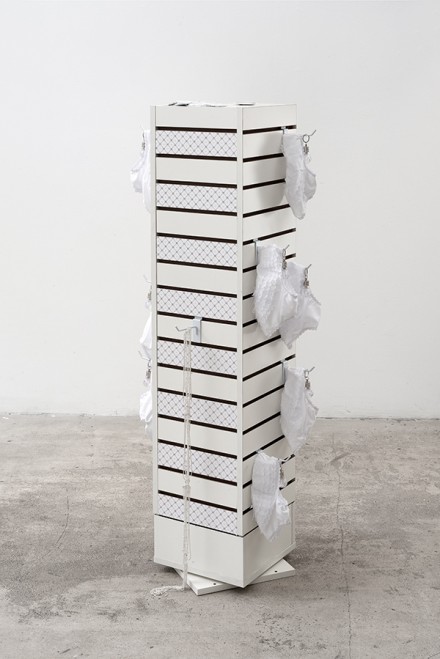 This entry was posted on Saturday, April 5th, 2014 at 12:00 am and is filed under Art News. You can follow any responses to this entry through the RSS 2.0 feed. You can leave a response, or trackback from your own site.