New York – Korakrit Arunanondchai at MoMA PS1 Through May 25th, 2014 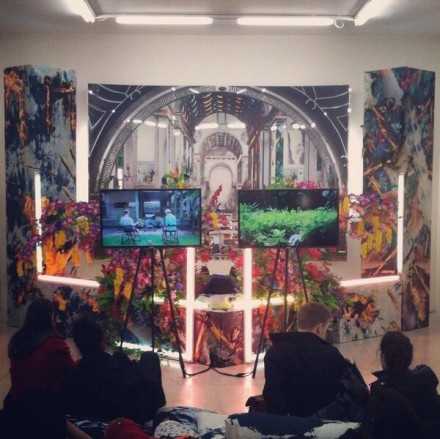 At just 28 years old, Korakrit Arunanondchai (“Krit” for short) has already compiled an impressive aesthetic vocabulary for himself.  Mixing his own blend of aesthetic signifiers (denim, flowers, musical tropes, performative hip-hop) with a variety of media including painting, video, sculpture and performance, to create a fluid, intertextual universe.  It’s just this universe that dominates the artist’s first exhibition at MoMA PS1 this spring, a single room affair that culls from the artist’s already dense body of work to extract a series of focused themes and subjects in the artist’s young career. 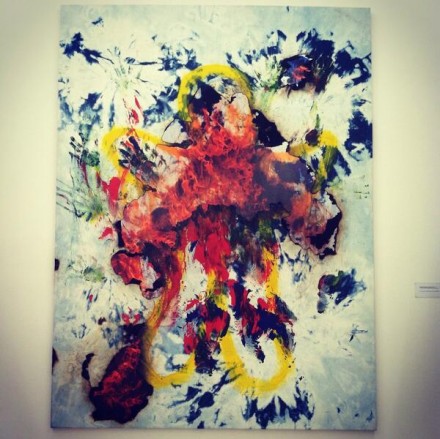 Blending artistic formats with the threads of his own life, Arunanondchai makes work distinctly reminiscent of the most heavily biographical, mythological projects of Joseph Beuys, using the experiences and moments of his own life to create multi-layered works that combine current events, family dynamics and the artist’s own experiences with the landscapes of both the United States and Thailand.  Scenes of Bangkok fireworks, monsoon flooded 7-11’s, the artist’s own MFA exhibition and time spent with his grandparents are spread across the screens of 2555-2012, a work that addresses death and renewal through a framework of ritualistic practices and continually reactivated thematics that bring the artist in and out of his own narrative. 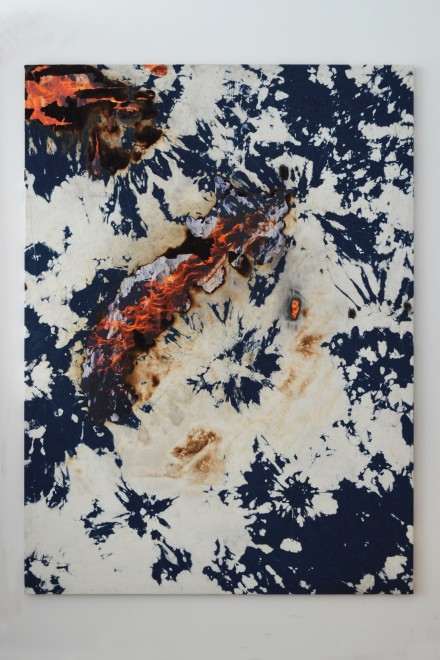 Similarly, Krit’s video and painting performance Painting with History in a room filled with men with funny names 2 (2557-2014) takes the artist’s relationship with his brother, and translates it into an examination of the Thai art world and the politics of celebrity, playing off the controversial television appearance of a popstar on the Thai version of America’s Got Talent, who used her naked body to paint on a canvas, and the subsequent backlash from a number of high-profile Thai artists. 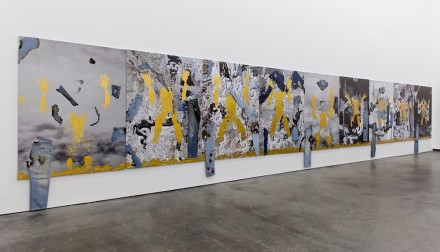 Balancing his own work with the perceptions of the Thai community, Arunanondchai’s work seeks a middle ground, one that combines the gestural hyperbole of an artist reacting to the offending work on television with architectural appropriations of Thai temple architecture (notably a space rarely visited by anyone but tourists).  His studies in American and Continental conceptualism here combine with a reading of his Thai culture, documenting a space of experience between the two, and ultimately produce his series of White Temple Paintings, made in collaboration with his brother, and featuring body imprints in gold leaf, made against the definitive style of Thai Buddhist design. 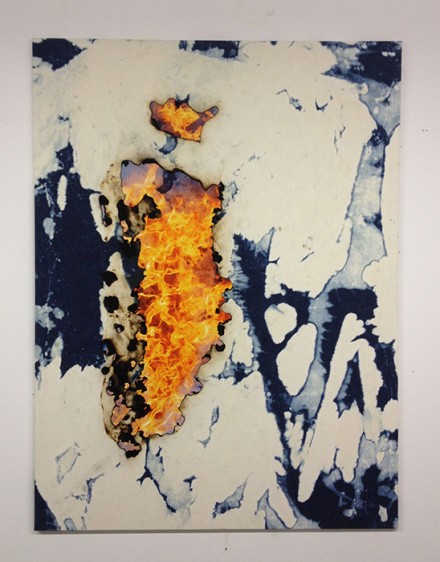 Ultimately, Krit’s work makes quite a show of this othering process, looking both at the artist’s Thai roots and his life in America with an equally alien perspective, and turns the act of examination, of coming to terms with the ever-shifting forms and formats of post-globalized cultural, into both process and product.  Krit makes much of the exoticism of his work, and the access his parallel lives allow him in documenting the fantastic, both here and abroad.  But his work goes beyond merely using his heritage as an aesthetic signifier, and instead uses it as a mode of alienation and return, of both obfuscation and cultural plurality.  Stepping outside of a singular narrative, Arunanondchai allows for a wide-eyed look into the phenomenon of global displacement itself, and the opportunities for connection that persist regardless.

Arunanondchai’s work is on view at MoMA PS1 through May 25th. 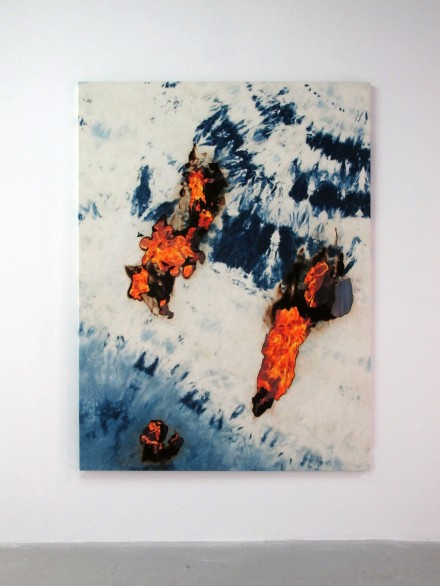 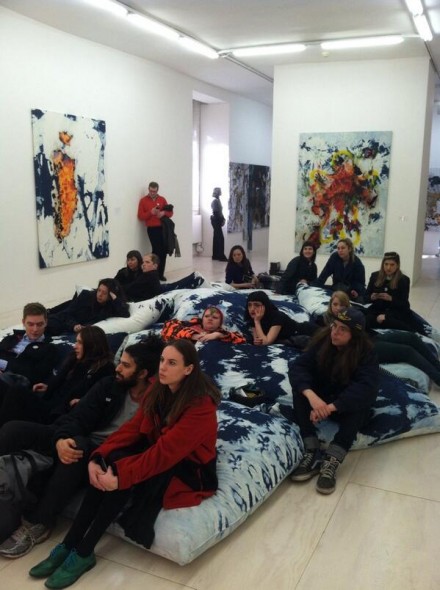 This entry was posted on Monday, April 28th, 2014 at 12:00 am and is filed under Art News. You can follow any responses to this entry through the RSS 2.0 feed. You can leave a response, or trackback from your own site.