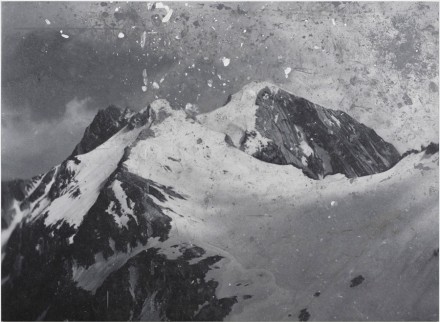 Painter Rudolf Stingel is currently on view at Gagosian Gallery, presenting an exhibition of the artist’s monumental landscapes. Although several of the works were exhibited in 2010 in Berlin at the Neue Nationalgalerie, this exhibition at Gagosian New York represents their U.S. premier. 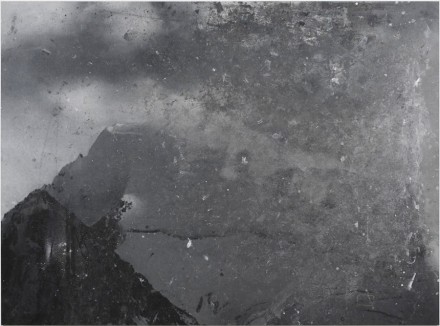 Stingel has always displayed a fascination for the evolution of material over time, as a natural process and as a result of human interaction, and his work frequently takes the monumental as his subject for this investigation. In the early 1990s, Stingel covered the walls and floors of exhibition spaces with broadloom carpet, so that the entire space became monochromatic, and he would later cover walls with metallic insulation board, so that viewers could make their own markings, eventually plastering the space with graffiti. In another piece, Stingel would use sections of this wall to create separate panel works, cast in copper and gold.

For these landscapes, Stingel took vintage black and white photographs of his birthplace in the Tyrolean Alps, featuring discolored, snowy mountaintops, as an autobiographical reference to his own youth. He used these as a starting point for his landscape paintings, and after the paintings were completed, he left some of them on the studio floor to intentionally collect debris and scuffs, representing the natural decay of memory.  In Untitled, 2010, on display in the current exhibition, the grayscale scene is splattered with white paint, evoking the imperfections of some archival footage on decaying film. In this way, both involuntary and intentional transformation is apparent throughout the series. 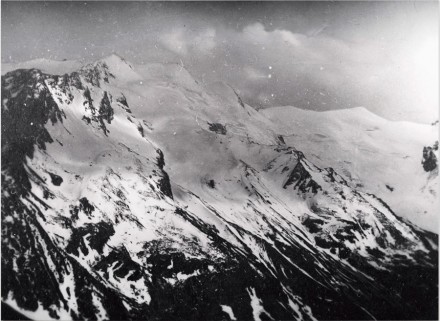 Similarly, the series of works seem particularly indebted to the passage of time in the studio space as an analog for self-reflection and meditation, with Stingel’s decision to finally pick them up and hang them signaling a certain readiness to withdraw from his own nostalgia.  As the work is finally released from Stingel’s floor, so too does he release the memory of the place from his ownership alone, but not without the haziness added by the delay in the work’s transition.

Stingel was born in 1956 in Merano, Italy and currently works in both Merano and New York City. He participated in the 1999 and 2003 Venice Biennales, and he has had one retrospective at the Museum of Contemporary Art, Chicago, which was also exhibited at the Whitney Museum of American Art in 2007.

The exhibition at Gagosian New York wlll remain on view through April 19, 2014.

This entry was posted on Saturday, April 12th, 2014 at 12:00 am and is filed under Art News. You can follow any responses to this entry through the RSS 2.0 feed. You can leave a response, or trackback from your own site.