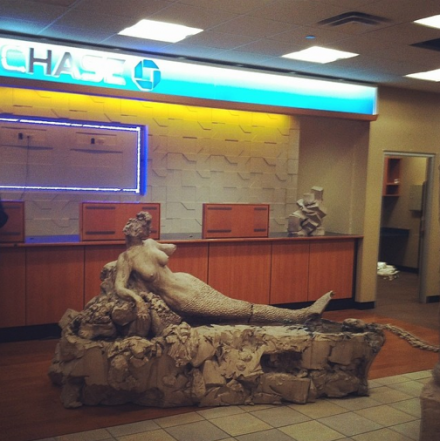 Following his retrospective at the Museum of Contemporary Art in Los Angeles last summer, Urs Fischer returns to New York City this spring with a pair of shows that address that artist’s recent works, while turning his practice towards questions of authorship, originality and context.

Urs Fischer, the last supper (2014), via Art ObservedExhibited in two parts, Fischer’s show of new works also parallels a flex of muscle by Larry Gagosian, using Fischer’s new work to inaugurate two new spaces under the Gagosian banner; one a new gallery space on Park and 75th, and the other a temporary exhibition space, located in a former Chase Bank on Delancey Street in the Lower East Side.  In both spaces, the aesthetics of Fischer’s massive public sculpture project, YES, are given the floor, with pieces either paying homage to his publicly constructed sculptures, or recasting works in bronze that had originally been made by museum-goers during his retrospective. 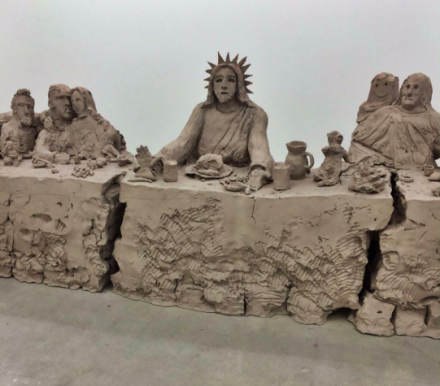 As a result, the pieces on view are nothing if not rudimentary.  Implying a certain haste of creation, many of the pieces were started by Fischer and left to be completed by museum-goers, or defined by rough, hasty strokes that give the pieces a strong sense of urgency.  The technique is an interesting turn for Fischer, who, like other artists recently embracing the socially activated sculpture, turns the work generated by the crowd into his own piece.  It’s almost as if Fischer argues that the works created under a context he provides ultimately become his own, even if others have taken a major hand in their creation. 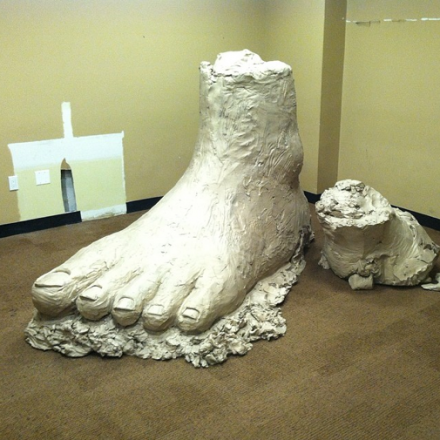 Fischer’s sardonic air is readily apparent uptown, where he takes the near-sacred Renaissance image of the Last Supper and adorns it with his own trademark wit.  Faces marked by passion in Da Vinci’s original are reduced to bland smiley faces, and the spatial logic of the work is given a stretch, drawing characters into marked isolation from each other.  While the initial state of the works gives the viewer pause enough, a continued viewing reveals increasingly disturbing perspectives. 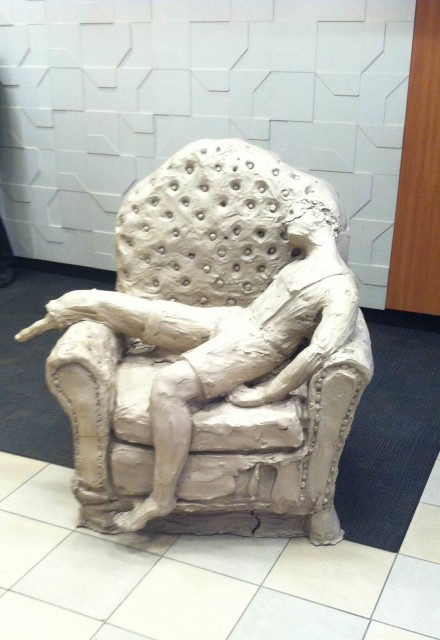 But it’s the LES site that ultimately stands out in Fischer’s pair of shows, a location that perfectly plays off the slapdash approach to much of the work on view.  Pieces are spread across a space that bears marks of hasty retreat, and much of the former bank’s characteristics have remained unchanged: two sculptures peer at each other through a hole where an ATM once stood, two rooms over, a hulking male figure blocks access to the office bathrooms, and in the kitchen, a gold cast pig sits on the countertop, nestled just under an extremely banal set of cabinets.  Icons of ruin and withdrawal populate the full wealth of space, and Fischer’s work stands as a fitting counterpoint, somewhere between grotesque and beautiful. 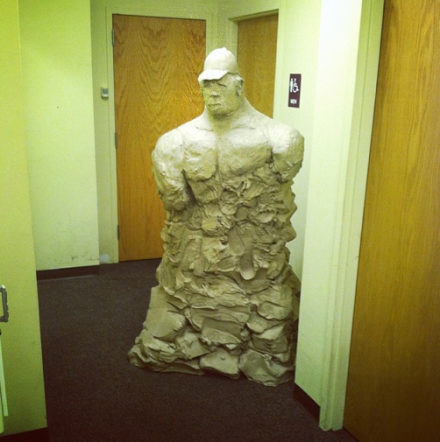 Challenging viewers to once again readdress his body of work and diverse techniques, Fischer’s pair of shows with Gagosian are on view through May 8th.  The artist is also currently showing a selection of past works at the Lever House on Park Ave through May 30th. 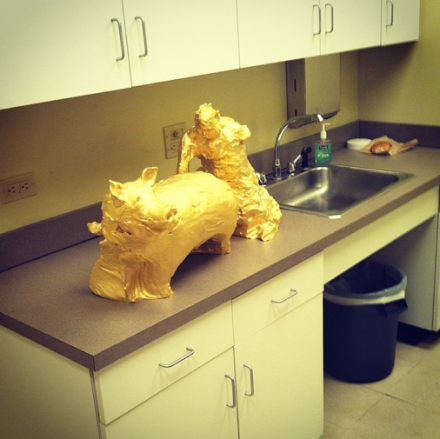 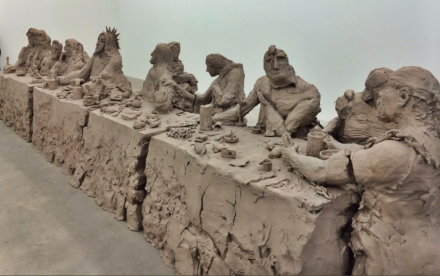 This entry was posted on Tuesday, April 29th, 2014 at 2:00 pm and is filed under Art News. You can follow any responses to this entry through the RSS 2.0 feed. You can leave a response, or trackback from your own site.