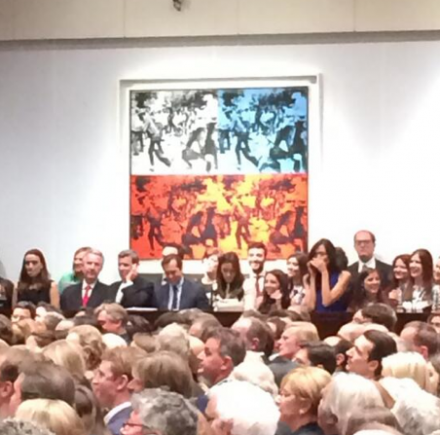 The results are in on an auction that exceeded any and all expectations tonight at Christie’s, and a new world auction record has been set for auctions overall.  Despite early calls that the auction would be marked by excessive guarantors and limited betting, all expectations were broken.  Christie’s surged past the previous high it set late last year, arriving at a final sales record of $744 million for the 68 lot auction, with only four works going unsold, bringing down a number of world auction records with it on the way.  The sale was also defined by an impressively deep level of wealth over the highest priced works.  63 of the lots managed to sell for over $1 million, and 4 surged past the $50 million mark, eliciting astonishment by many on hand. 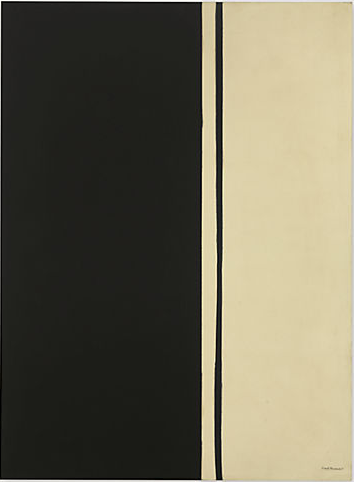 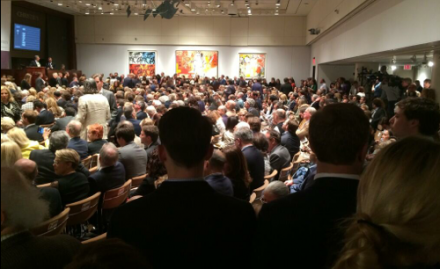 The view at Christie’s, via Art Observed

The sale’s highest achievement came with the $84.165 million final price for Barnett Newman’s Black Fire I, which justified its previously undisclosed estimate, and set a new world record for the artist at auction.  Bidding was fierce over the work, rising up from an early price of $20 million, and finishing just shy of $85 to immense applause in the room.  The work was followed close behind by the lauded Francis Bacon work Three Studies for a Portrait of John Edwards, the second Bacon triptych by the artist to come to market in the past year.  It bowed out at a hefty $80 million final tally, realizing the estimates many had speculated the work to achieve. 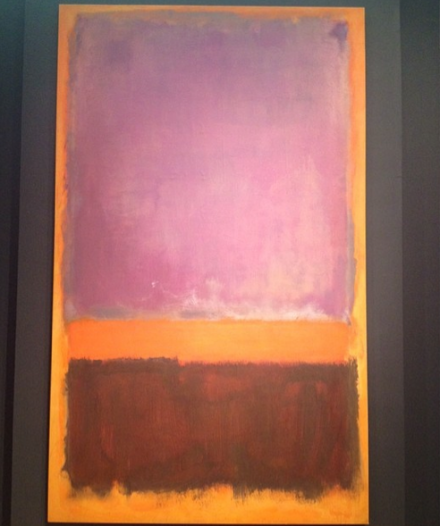 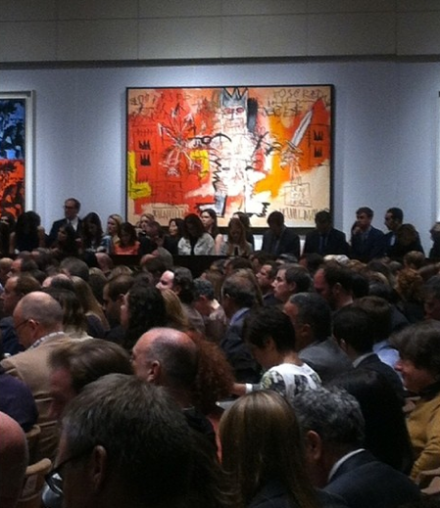 Just behind that pair, Andy Warhol’s Race Riot, the night’s cover lot, managed to command a considerable $62.8 million, meeting early predictions but failing to match the artist’s exceptional performance last year.  Early reports have Larry Gagosian as the buyer.  Another Warhol portrait of Marilyn Monroe came in just below, pulling in $41 million.   Other high sellers included a Basquiat at $34.8 million, and a Mark Rothko composition that pulled in strong bidding for a $66 million final, paid for by a Chinese collector.

Three Studies for a Portrait of John Edwards (1984), via Christie’s

With the fervent bidding, a number of other auction records fell with the ever-rising prices.  Alexander Calder has a new auction record after his Flying Fish mobile commanded $25.9 million, as does painter Joan Mitchell, whose untitled canvas pulled in $11.9 million, over its $9 million high estimate, and which set the world record for a female artist at auction.  Other records were notched by Joseph Cornell ($7.7 million) and Robert Gober ($4.2 million).  A Frank Stella work also set a new record for the artist, going for $6.6 million. 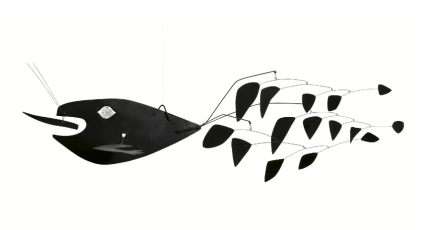 With such unanticipated highs, it will be difficult for Sotheby’s to come close in matching Christie’s successes this week, but the auction house’s strong selection of works may offer some surprises on its own account.  The Sotheby’s sale begins Wednesday night at 7PM. 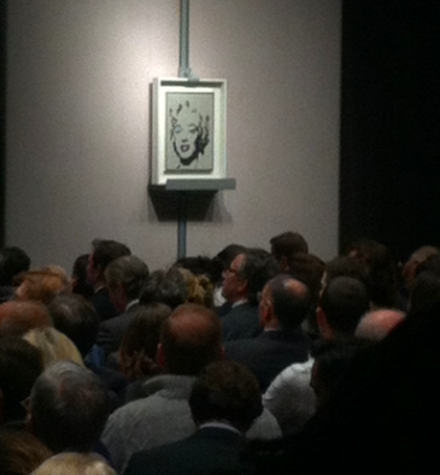 The White Marilyn sells at Christie’s, via Art Observed

This entry was posted on Wednesday, May 14th, 2014 at 11:49 am and is filed under Art News. You can follow any responses to this entry through the RSS 2.0 feed. You can leave a response, or trackback from your own site.